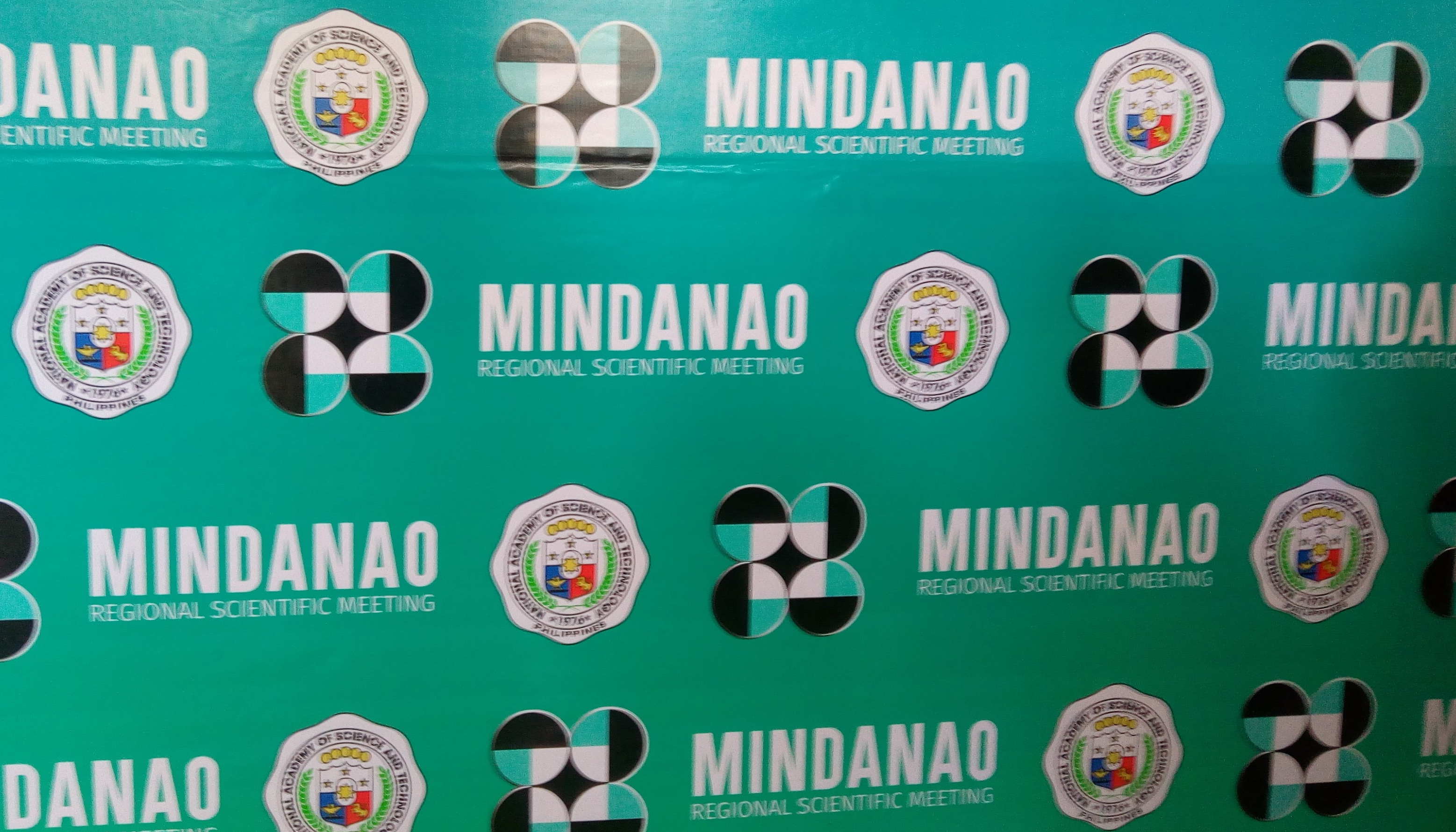 Above theme embodies one of the responses of the Department of Science and Technology’s (DOST) various initiatives in attaining the United Nations’ 17 Sustainable Development Goals (SDGs), particularly Goal 4 (Quality Education), Goal 12 (Responsible Consumption and Production), and Goal 14 (Life Below Water).

Paving the way for the conduct of the ASM is the RSM organized by the National Academy of Science and Technology (NAST PHL), an agency of the  DOST. It holds the regional versions every year in Luzon, Visayas, and Mindanao.

The ASM gathers DOST’s public and private partners in development to discuss major and pressing issues related to science and technology (S&T).

Led by Secretary Fortunato T. de la Peña, officials of the DOST and its various Mindanao regional offices gathered for the RSM being held here on June 18-19, at The Farm @ Carpenter Hill.

The NAST PHL partnered with the DOST Mindanao (MindaDOST) Cluster led by DOST XII (the event host) for the RSM.

“DOST acknowledges the efforts of NAST PHL in bringing the ASM to the regions through the RSM, supportive of President Rodrigo Roa Duterte’s administration’s thrust of bringing science and development closer to the regions,” he said.

He emphasized the DOST has long been relying on science to achieve inclusive and sustainable development in the country, adding this would lead to enhancing innovation and the Filipinos’ creative capacity in addressing pressing national problems through various scientific and technological discoveries.

“AS DOST leads the way in the country’s scientific and technological efforts, NAST PHL has also been enthusiastic in recognizing achievements in science and technology (S&T) and providing crucial scientific advice to the government on important issues in our society,” the DOST chief said at the RSM.

He noted that the theme of the ASM and RSM this year deep-dives into two of the country’s major resources – aquatic and human.

DOST Secretary Fortunato T. de la Peña assures everyone of the department’s constancy of purpose in bringing to Filipinos and the nation the fruits of science resulting from research and innovation. (SDN)

De la Peña further cited the country’s having one of the world’s richest aquatic and marine resources that include some of the rarest species of fish found in the country’s waters.

But, obviously, there is a problem with lesser catch.

“Despite this fact, decline in catch such as that of galunggong and tawilis continue to hound our marine resources.

“That is why DOST, through the Philippine Council for Agriculture, Aquatic and Natural Resources Research and Development (DOST-PCAARRD), continuously assists countless research efforts, fora, and partnerships with different private, local government, and non-government units in a drive to bring our fisherfolks out of poverty.

“Through PCAARRD-assisted projects, we are tirelessly exerting effort in boosting our production of green mussels, aquaculture feeds, crabs, and tilapia, among others,” de la Pena said.

The Mindanao edition of the RSM focuses on the importance of respecting and sustaining the environment for the sake of future generations, which will be expressed through three topics, namely, plastic waste; sustainable marine food security; and sustainable education, talent development, and retention.

NAST PHL’s president was hopeful of the event’s coming out with positive results.

“I hope the participants would maximize the two days to learn from each other, share their opinions, and produce significant recommendations on how to address these pertinent societal problems. I also hope that through this meeting, we will all be mindful of our actions as human beings and as key players of the environment,” said Azanza.

As host of the event, the DOST XII regional director welcomed the RSM delegates and attendees, as she thanked NAST PHL for holding the event in SOCCSKSARGEN (South Cotabato, Cotabato, Sultan Kudarat, Sarangani, and General Santos City).

“Sharing knowledge and ideas is one of the most crucial strides to gathering and drawing solutions as part of careful planning for solving problems and turning challenges to opportunities. The two-day event themed, ‘Caring for the Country’s Carrying Capacity,’ is indeed an ideal avenue for meeting of the minds among scientists, academicians, researchers and policy-makers as stewards and dynamos of the scientific community. It serves as a great platform in crafting resolutions to address pressing national problems,” said Laidan.

She pointed out that the years of holding scientific meetings has “reliably contributed to the country’s socio-economic development, safety and resiliency.”

Laidan, seen as one of the most prominent achievers among Mindanao leaders — male or female — in government described the Southern Philippines as “definitely our country’s asset as well.”

Going over the science research posters in competition. (SDN)

“Though peace and order condition is always a challenged in this part of the Philippines, multiple diverse cultures are incessantly nurtured here.

There is immense natural resources and great potential for progress. In spite of difficult times brought about some man-made and natural calamities beyond control, Mindanao endures and keeps on progressing,” the DOST XII regional head said.

Laidan assured the RSM participants being held at The Farm @ Carpenter Hill in this city that DOST XII (apparently every Mindanaoan) have the commitment in reducing if not all together eliminating risks. “We are one with you in seeking for opportunities through science, technology and innovation (STI).”

“We hope that through these meetings, we will be able to build effective policies, create sustainable advocacy programs, and learn ways on how to achieve the (SDGs) specifically on Goal 4: Quality Education, Goal 12: Responsible Consumption and Production, and Goal 14: Life Below Water.”