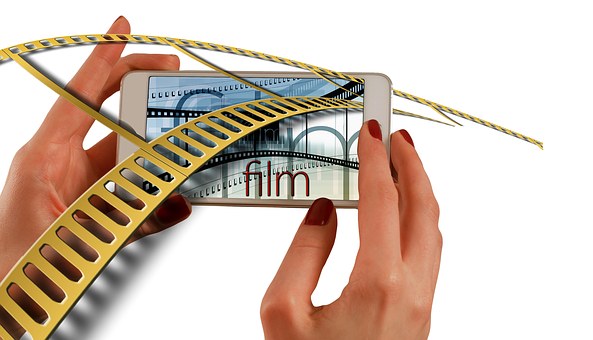 Research company IHS Markit, a global provider of information operating out of London, England, has placed Video Everywhere at the top of its list for technology trends in 2019.

Coming in second and third are Edge Computing and 5G technologies.

The London company predicted that the three are the leading ones to have a huge impact on commercial and consumer markets as the new year rolls on.

IHS Markit described them as the transformative technologies leading “to shifts in how enterprises function and how individuals live everyday life.”

“The increasing ubiquity of video is forcing significant industry change, as a growing number of players vie for consumer attention and revenue and as businesses adapt to cope with the rising demand.

“In fact, online video subscriptions from over-the-top (OTT) and traditional media players alone will more than double between 2017 and 2022, by which time they will approach the one billion mark,” the research said.

Meanwhile, the company announced the availability onsite of over 25 technology experts from its pool at the Consumers Electronics Show (CES) in Las Vegas, Nevada, United States, from January 8 to 11, who are available for interview to be arranged by Lee Graham (lee.graham@ihsmarkit.com).

Here’s from the research firm:

LONDON (January 4, 2019) – From the potential of 5G, to the power of artificial intelligence (AI), our connected lives are being shaped by the convergence of transformative technologies. For its latest complimentary white paper, “The Top Trends of 2019: Powered by Transformative Technology,” leading analysts from business information provider IHS Markit (Nasdaq: INFO) explore how these technologies are coming together in new and powerful ways, fundamentally changing how we interact with the world, how we do business and how we communicate with each other.

IHS Markit analysts identified the following three key trends expected to have a major effect on both commercial and consumer markets in the coming year:

The increasing ubiquity of video is forcing significant industry change, as a growing number of players vie for consumer attention and revenue and as businesses adapt to cope with the rising demand. In fact, online video subscriptions from over-the-top (OTT) and traditional media players alone will more than double between 2017 and 2022, by which time they will approach the one billion mark. While TV, home entertainment, social media, video games and other media sectors are at the heart of the video everywhere trend, other industries – including security, education, and healthcare – are also becoming increasingly reliant on video technology.

The edge is already transforming the way networks are deployed and devices are built. It enables new revenue streams, as compute resources are made available closer to the end consumer. Service providers, cloud providers and internet of things (IoT) companies are particularly central to the edge discussion, as it affects the entire value chain – from semiconductor providers, through manufacturers, to media, security, gaming and other segments.

The main obstacle to effective edge deployment is the large bandwidth required, while the most significant issue is the need to reduce upstream traffic via analytics, in order to manipulate and refine data at the edge. In a recent survey of 14 edge thought leaders and market movers the top edge application was video content delivery, which 92 percent of respondents identified as an area of impact and concern.

The speed of development in AI has aided its adoption in several industries, including consumer electronics, healthcare, industrial, and automotive. By 2025, in the automotive sector alone, more than 170 million AI systems are expected to be implemented.

The development of new algorithms and methods to enhance efficiency and problem-solving capabilities are driven by the high complexity of several applications and the prevalence of big data. For AI to fully develop, there remain many components and driving forces that must mature, advance, and succeed.

IHS Markit (Nasdaq: INFO) is a world leader in critical information, analytics and solutions for the major industries and markets that drive economies worldwide. The company delivers next-generation information, analytics and solutions to customers in business, finance and government, improving their operational efficiency and providing deep insights that lead to well-informed, confident decisions. IHS Markit has more than 50,000 business and government customers, including 80 percent of the Fortune Global 500 and the world’s leading financial institutions. Headquartered in London, IHS Markit is committed to sustainable, profitable growth. #