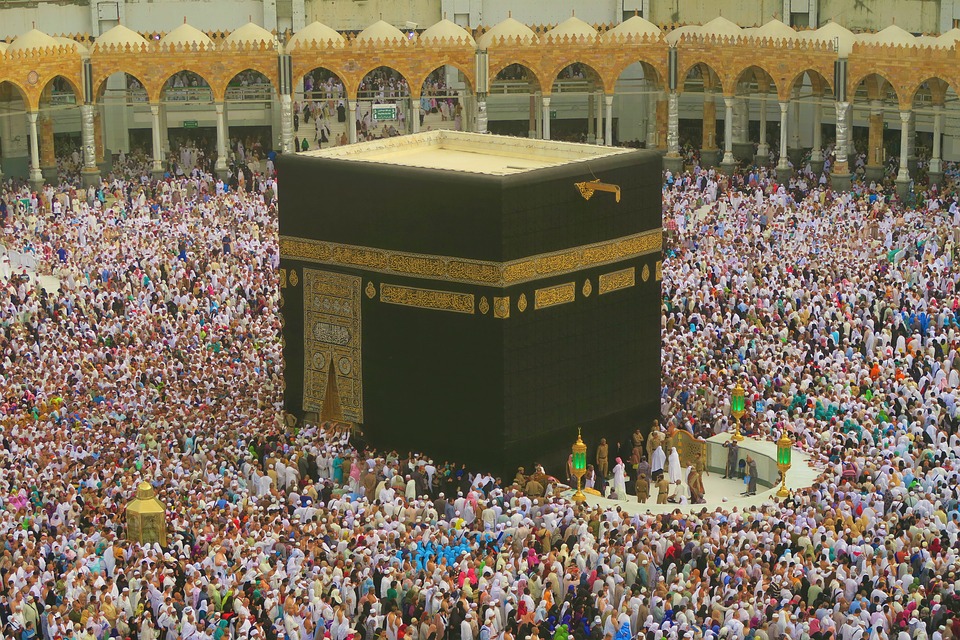 RAMADAN fasting is less than a month away, and the Hajj 2019 is not far off.

In relation with this, the National Commission on Muslim Filipinos (NCMF) on Tuesday, April 9, issued a reminder to Filipino pilgrims and their guides called “sheikhs” about the strict implementation of the Saudi Arabia Ministry of Hajj and Umra rules and regulations.

One of these ministry rules and regulation pertaining to the hajj, Islam’s pilgrimage to Mecca, Saudi Arabia, is the closure of the Hajj E-Portal less than two weeks from now.

The ministry has long been implementing the E-Portal where the millions of pilgrims across the world register, apply for hajj visa, and pay their “Mutawiff” through every country’s concerned agency.

In the case of the Philippines, it’s the NCMF that is facilitating all the hajj operation for an estimated 6,000 pilgrims this year.

It can be recalled that President Rodrigo R. Duterte on January 12 designated Pangarungan as this year’s “ameerul hajj” (head) of Philippine Hajj Mission, in compliance with the NCMF Charter, Republic Act 9997.

R.A. 9997 stipulates that the NCMF secretary shall be designated the ameerul hajj.

Headed by Dr. Dimapuno A. Datu-Ramos, the BER has been sharing information updates about the pilgrimage operation and processes in a timely manner through his Facebook account.

He said a “gentle reminder” to them early morning of Tuesday about the impending closure of the E-Portal.

“All passports and payments that have not been endorsed to the NCMF Bureau of Pilgrimage and Endowment (BPE) will not be entertained after the E-Portal closes on April 20,” Datu-Ramos warned.

“The E-Portal is controlled by the Saudi government (Ministry of Hajj) and the NCMF must comply with their rules.”

He said the pilgrimage bureau is still tallying the number of passports as 6,083 pilgrims have already paid their hajj fees, citing figures from the depository bank, the Philippine National Bank (PNB).

Related with the hajj E-Portal closure is the payment for Hajj 2019 which lapsed on April 5.

Meanwhile, the NCMF-BER head, who is also the head for media relations of the commission, said there are still prospective pilgrims applying to register for the pilgrimage aside from the 6,083 who already paid.

“We hope and pray that we will reach 7,000 pilgrims his year,” said Datu-Ramos, implying the 6,000 hajj visa quota the NCMF submitted to the Saudi government can still be increased.

Every year, months before the actual five-day pilgrimage, pilgrims-sending countries are attending the hajj conference in Saudi Arabia where the hajj operation is extensively discussed. During the conference every country’s representatives are required to submit the number of hajj visas for their equal number of pilgrims.

Datu-Ramos emphasized that pilgrims’ payments they made to their “sheikhs” with incomplete requirements “may result in pilgrims being unable to leave due to closure of the E-Portal.”

He added that NCMF-BPE staff’s encoding is now ongoing as the commission tries to beat the April 20 closure date.

“Passports that have not been encoded due to lack of time brought about by submission delay will likewise forfeit their slot for Hajj 2019,” he pointed out.

He also reminded travel agencies the NCMF “recognized” (or accredited) for pilgrims’ booking to submit their respective listings according to “sheikh-jamaah” for the NCMF ticket endorsements being an important requirement for the E-Portal uploading packaging.

Travel agencies must coordinate with NCMF-BPE Chief of Operations Zainuden Usudan for the immediate endorsement of all travel documents and payments, he added.

Muslims’ hajj is the fifth obligatory pillar of Islam, which every believers must fulfill once in their lifetime.