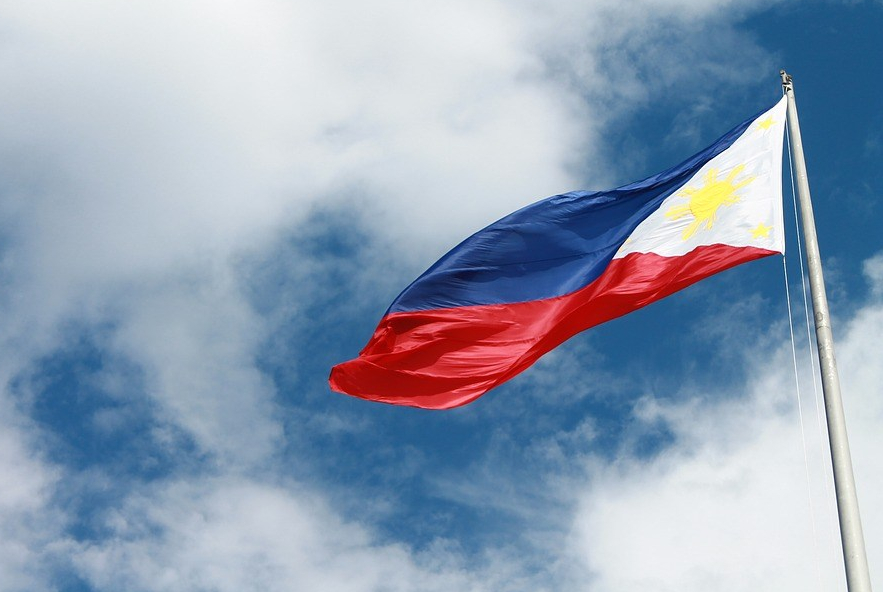 DIVISORIA, Manila (SDN) — Filipinos have models to look up to, the likes of National Hero Jose Rizal, Andres Bonifacio, Apolinario Mabini, Gregorio del Pilar, among others.

Among Moros or Muslims in the Philippines, there is Sultan Dipatuan Kudarat.

But do you know that there are “ordinary heroes” among us?

Yes! And that’s what the Ayala Foundation and the National Historical Commission of the Philippines (NHCP) are highlighting through a new National Anthem video.

Officials of Ayala Foundation and NHCP formally launched the video on August 26 at the Tutuban Mall in Divisoria, Manila, Metro Manila, appropriately fronting an imposing memorial statue of Bonifacio.

The video launched in commemoration of the National Heroes’ Day hews closely to the foundation’s “Maging Magiting” Flag Campaign.

In relation with this, the foundation is also distributing thousands of the national flags for 2019.

She also recalled the “big story” behind the National Anthem video with the NHCP which came about in 2016.

Soon the two parties’ partnership went “a little further,” as the NHCP needed to have flags in public institutions. That’s how the Ayala Foundation’s flag distribution was born.

“We can accommodate some proposals, but please respect the flag and the anthem,” he said, replying to reporter’s question about redesigning the flag and altering the singing of the anthem.

“We are celebrating the 185th anniversary of Ayala Corporation,” Orbeta said, adding the the organization has always been committed to nation-building. “All business that we have always with national concern.”

“It is all about creating value; capitalism is not just making (money) but sharing values.”

Along with the tribute to ordinary heroes, Ayala Foundation is also promoting volunteerism among Filipinos.

And it starts with Ayala Corporation’s more than 45,000 employees. Orbeta said “volunteerism is important with Ayala.”

Escalate lauded Ayala Foundation for its National Anthem video in an a capella version because there are no celebrities or popular personalities, but ordinary Filipinos in all walks of life.

And as Ayala Foundation said, the ordinary heroes among Filipinos: teachers, policemen, farmers, village people, nondescript women and children, among others. A praying Muslim, his forehead touching the ground (sujood), is also featured in the video.

“We can be ‘magiting’ (courageous, heroic) in our every day life. You can be a hero in your own way. So, there’s no need for an orchestra to sing the National Anthem,” said Orbeta.

Escalate liked the absence of any popular personality in the video.

“There are no more famous persons (in the video). What is nice is that the focus is not on entertainers.

“The entertainers and the band are grabbing the attention. Here the focus is really the flag and the anthem,” the NHCP chairman pointed out.

While there are no “Katipuneros” in the Ayala Foundation video, Escalate nevertheless emphasized the freedom fighters of old “are part of the narrative of the national flag.”

“We are now trying to update and adopt a new model wherein we are presenting the new heroes of our time.”

The NHCP head said Filipinos’ idea of heroes in the past was about sacrificing one’s life, the Bataan March of World War II.

“But we did not know there are other kinds of heroes, like teachers who teach children without let up even if they have small salary. We have policemen.

“In my view, they are just like Bonifacio. As Ayala has shown here, becoming a hero has not ended.”

Amores said, “It is love of country and pride of being Filipino we are pushing here.”

Orbeta said the National Anthem video of the foundation will be uploaded on Youtube and become a property of public domain. Anybody can download it and use if for free.

Meanwhile, Escalate batted for increasing the penalties on people who disrespect the flag and the National Anthem, as an old law metes penalties at only Php20,000 and/or prison time of one year.

“Hopefully, the penalties can be increased.”

On the part of the NHCP, he said they are tackling the problem of disrespect through the Department of Education (DepEd) where teachers are in the front line in teaching their students about respect for the two symbols of the nation.

“We are also going around (the country to promote) respect for the flag and showing the proper singing of the anthem,” said Escalate.

The foundation showed the new video to members of the press ahead of its premiere in Ayala Malls cinemas nationwide and in Ayala events.

In a statement, the foundation said the video “honors the daily work of ordinary Filipinos in building the nation — parents, workers, civil servants, and others who work with honesty and dignity for their families, their communities, and the country.”

“Ayala Foundation remains strongly committed to nation-building. This new National Anthem video is our way of honoring the people and communities whom we continue to serve in both modest and big ways. We are all under one flag — united as one Filipino country, one Filipino people who desire a better future for our children and better lives for all,” said Ayala Foundation President Ruel Maranan.

Featured image of Philippine flag courtesy of Titus_jrO on Pixabay.