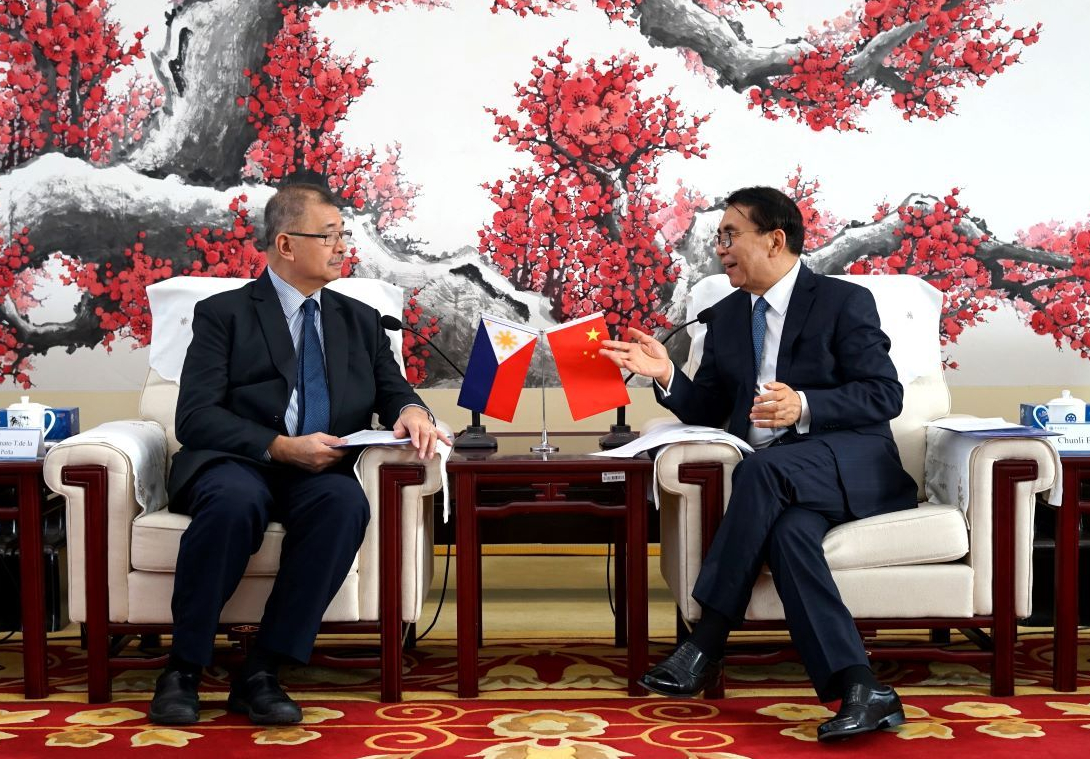 INTERNATIONAL linkages may as well be becoming the norm to further an organization’s reach and be able to share — and benefit from — best practices.

Not the least activities on science, technology, and innovation (STI).

Apparently, that is in the mind of the leadership of the Department of Science and Technology (DOST) as Science Secretary Fortunato T. de la Peña put ideas into paper.

And paper into collaboration, and be on the path to a mutually beneficial partnership.

That’s what he did in a visit to Beijing, China, enlist the Chinese Academy of Sciences (CAS) through a Memorandum of Understanding (MOU).

So, last month on September 30, engineer de la Peña signed the MOU on Scientific and Technological Cooperation with CAS President Chunli Bai at the latter’s headquarters in the Chinese capital.

With a stunning backdrop provided by a — yes — Chinese painting, the DOST and CAS chiefs formalized their linkage as they put ink into paper.

SDN — Science and Digital News learned about this important chapter in the Philippines’ scientific community, a boost to DOST’s programs and projects covering STI. The Science and Technology Information Institute (DOST-STII) reported on this development.

On its website (dost.gov.ph), the DOST is described as “the premiere science and technology body in the country charged with the twin mandate of providing central direction, leadership and coordination of all scientific and technological activities, and of formulating policies, programs and projects to support national development.”

The DOST cited the MOU’s significance to the country’s scientific pursuit and identified areas of cooperation.

It embodies “both agencies’ intent in pursuing S&T cooperation in the areas of transportation, biomedical devices and tele-medicine, smart cities, high-energy physics, and other areas mutually agreed upon.”

To flesh out the MOU’s intent, the DOST and CAS have further named the activities that will be conducted in the forms of:

The Chinese hosts also gave the DOST delegation that included Undersecretary for Research and Development Dr. Rowena Cristina Guevara, Director Dr. Carlo Arcilla of the Philippine Nuclear Research Institute (DOST-PNRI), etc., a tour of several institutes under CAS that are relevant within the identified areas of cooperation.

Guevara said including China, DOST has partneships with 20 countries. Every MOU with each country has different goals, she added.

Led by Guevara, they visited the Institute of Electrical Engineering where they met with identified Principal Investigators that conduct researches on lightning detection and renewable energy.

Another in their itinerary was the Institute of High-Energy Physics where theyvmet with the team of Dr. Yifang Wang and discussed their current initiatives on particle physics.

Still another site visited by the delegation was the Sugon (Dawning Information Industry Co., Ltd.), a leading company in high-performance computing, which spinned-off from CAS.

The DOST emphasized the MOU with CAS is on-top of the current collaboration of the Department with China’s Ministry of Science and Technology (MOST).

Earlier, DOST identified China as one of its priority partners.

“With the signing of this MOU, the Department looks forward to a productive and strengthened STI collaboration for the sustainable development of both nations.” (SDN)