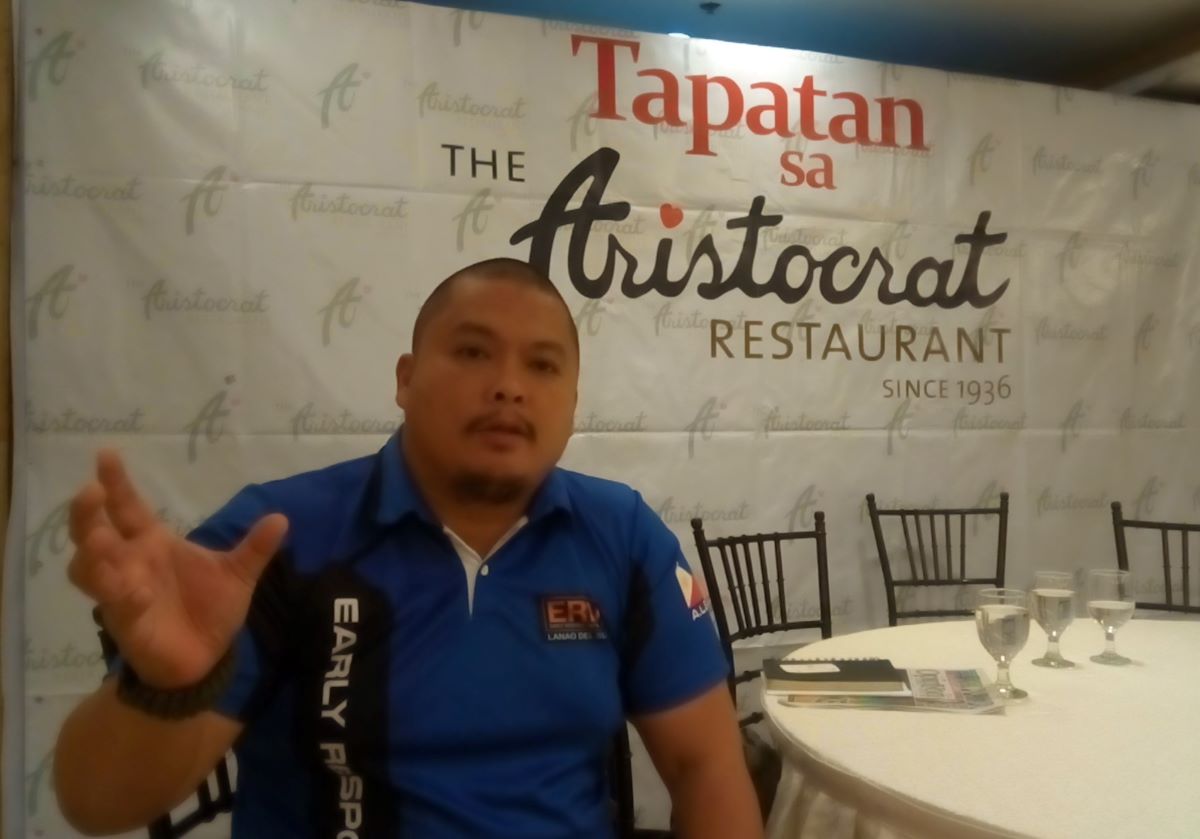 These are two of the issues that came out Monday, November 18, at the Tapatan sa Aristocrat Restaurant Media Forum edition titled’ “Marawi City: 756 Days after Liberation” hosted by veteran journalist Melo Acuna.

Getting M’ranaws back on their feet

It can be recalled that the Marawi Siege, or Battle of Marawi, that erupted over two years ago on May 25, 2017 to flush out and neutralize a combined terrorist bands of Maute Group (MG) and Abu Sayyaf Group (ASG), devastated the city, resulting in the deaths of hundreds of people (militants, soldiers, and civilians or non-combatants), the evacuation of some 200,000 residents including from some nearby towns, and the destruction of private and public buildings. The MT and ASG were inspired and allied with the Middle East-bred ISIS (Islamic State) terrorist organization.

News reports said the government had allocated Php10 billion and Php3.5 billion for TFBM’s budget for 2018 and 2019, respectively, plus another Php3.5 billion for rehabilitation covered in the Php4.1 trillion in the proposed National Expenditure Program (NEP) of the national government.

And you’ll have an idea on how much priority (or un-priority, depending on how one looks at it) is given to the M’ranaw people’s well-being and their ability to get back on their feet.

On the other hand, there are “rumors” swirling around the heads of the thousands of IDPs (locally known as ‘bakwit’) about how TFBM used and spent some of the allocated funds, what are the projects already completed, etc.

All this and other issues led to Marawi IDPs asking the government, particularly the leadership of TFBM, to open up and come up publicly with how some of the funds already reported to have been used were spent.

At the forum, Sapiin and Pacasum, apparently expressing their fellow IDPs’ collective voice, asked for transparency and accountability from TFBM.

They said this can be easily done on social media, or any other platform that the public maybe able to see and verify.

“There are rumors about the funds (for the rehabilitation of Marawi City); there are names mentioned, but it turned out (the names were wrong),” Pacasum said.

For this reason, he indicated, it is very important for TFBM to go public with how the funds have been and are being spent. It can be done through social media, he suggested.

He said this would clear the air and spare those who have not done any irregularity about the funds.

Sapiin shared the same sentiments, making clear her group is not working against the government.

“We are not enemies of the government…we are not enemies of TFBM. We are collaborating,” she emphasized. She added her group is also focusing on health, on addressing trauma still being suffered by the IDPs, specially the youth and the children, to give them a better life.

On the issue of “compensation” for the affected Marawi residents for their lost properties, Sapiin said “this is very important.”

Meanwhile, when asked about the stand of TFBM on the proposed compensation bill, Castro said the TFBM head, Chairman Eduardo del Rosario, also the housing secretary, had already expressed support for the legislation and had called on Congress to approve the measure.

The proposed bill calls for the allocation of Php20 billion as compensation for the affected residents to give the chance to pick up their lives and start all over.

Pacasum said since the government is for transparency, “we should be transparent. Flash on social media (the amount already spent to correct this) lack of information.”

Castro acknowledged the delay in the work of the TFBM, attributing this to the government’s desire to make sure everything is done correctly, among them the ownership of lots on Ground Zero, now called Most Affected Area (MAA).

“We could have done it faster,” he said, if not for some issues that needed to be ironed out.

On the other hand, he said that despite the delays the timetable for the completion of the works on Marawi City’s rehabilitation, recovery and reconstruction remains to be by end-2021.

Meanwhile, Sapiin noted that after the siege Islamic schools which are called in Arabic “madrasah” (plural, madaris) have sprouted in the city.

She said this is because people have become aware of the need to enlighten the Moro people, specially in the case of Marawi residents, on the true teachings and values of Islam.

Sapiin said being taught in the madrasah covers the message of Islam on peace and relations with non-Muslims.

Pacasum related that when the messenger of Islam, the Prophet Muhammad (peace be upon him) and some of his people were under siege by the pagans in Makkah (Mecca), his group traveled to a Christian kingdom where the king gave them sanctuary.

Tawagon wished that private schools in Marawi would be assisted by the government so it can complement the public schools in the city.

She further hoped that the earthquakes that occurred in Cotabato and nearby areas recently won’t overshadow the rehabilitation of Marawi City.

Castro welcomed partnership and help from other organizations. “We can’t do it alone. This is for us, this for Marawi, this for the whole nation.” (SDN)

Featured image is Saripada “Toto” Pacasum, Jr. of the Lanao del Sur provincial government, and himself an internally displaced person (IDP) longing to return to their homes, or what’s left of it on Marawi City’s Ground Zero. (Photo: SDN — Science and Digital News)