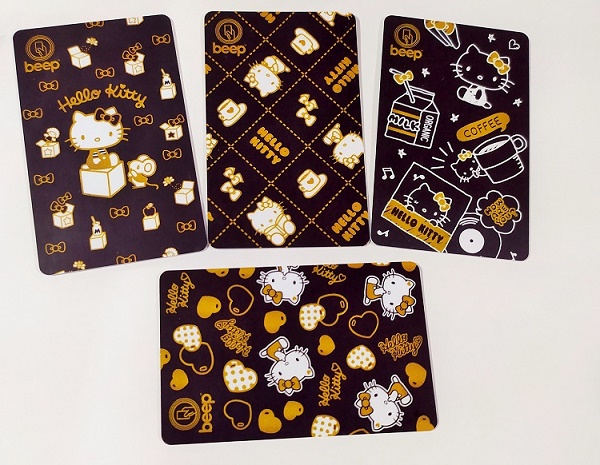 (SDN) — FOR fans of Japan’s widely popular cartoon character “Hello Kitty” owned and popularized by Sanrio, here’s another chance to own another limited edition.

It also means you canalso use the second editon of the Hello Kitty beep™ cards when taking the country’s elevated rail transits, and other modes of transportation. Or buy something.

It’s because AF Payments and Daiso Japan have entered into a partnership for the marketing of a new batch of beep cards that can be used in your Metro Manila commute.

It can be recalled the two partners earlier issued limited edition of the beep cards for Filipino fans and collectors of all ages.

The latest offering has four designs, a salute to Hello Kitty’s 45th anniversary.

The second batch will also be on a limited edition basis, though it is not known how many cards would be made available to buyers.

Although on a “limited” edition, Daiso Japan is making available 20,000 of the cards in every outlet across Metro Manila. Those outside the metropolis may buy them through Daison Japan’s online store an on Shopee.

Each card sells for Php188; buyers need to load the card to use it on Light Rail Transit (LRT)-1, LRT-2, and Metro Rail Transit (MRT)-3 loading stations.

It is not only on the transportation systems the cards be used, they are also for payments in North Luzon Expressway (NLEX) and Cavite Expressway (Cavitex).

You may keep them for four years of use, and they are re-loadable.

She said the launch in March this year received a “phenomenal” adoption, with the cards “sold out only days after the release.”

“So, this time we are calling all Hello Kitty fans and beep cards collectors to stock up on the new designs before they run out.

“It’s a great addition to any collection, especially as we commemorate the 45th anniversary of the iconic character,” Padilla said at the second launch.

“(S), we are really excited for our customers. This is to accommodate requests from our loyal customers outside the metro who also like to get their hands on the limited edition cards, as well as those who simply enjoy the convenience of online shopping,” said Chioa-Bunoan. (SDN)