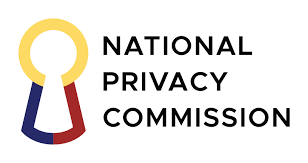 (SDN) — LATELY, many owners of Facebook accounts have complained of being cloned.

Some have even find themselves with two cloned accounts with the fraudster using their their names and profile photographs.

Why is this happening, what is the motive, reason behind the proliferation of cloned accounts, is Facebook doing something motu propio to excise the cloned accounts?

How harmful are these cloned accounts to the real owners, can the cloners be traced and punish? There’s a cyber law in the Philippines, isn’t it?

What’s the role of the National Privacy Commission (NPC) headed by Commissioner Raymund E. Liboro, other government agencies such as the National Bureau of Investigation?

Let’s hope we get answers to these questions as the privacy commission has asked Facebook Philippines to appear at the NPC headquarters at the Philippine International Convention Center (PICC), Pasay City, Metro Manila.

The NPC has set the meeting to be held on June 16 as it plans to get to the bottom of the issue of numerous impostor Facebook accounts.

Lets hope further that Commissioner Liboro and his battery of lawyers and tech-savvy staff will get to the bottom of this abyss of cloned Facebook accounts.

SDN — Science & Digital News learned about the coming meeting — hopefully, Facebook will come and appear to shed light on the problem — through an email message from the NPC.

Not only that. Liboro’s office also is presently “coordinating with other government agencies while conducting a separate investigation of this matter.”

The NPC described the cloning epidemic on Facebook as creating “privacy panic” the cause of which it is “focused on probing the impostor accounts and instituting remedial measures to protect Filipino Facebook users.”

Liboro promised to continue updating the public on the presence of cloned Facebook accounts.

SDN will try to follow up on this story as much as possible for the interest of everyone. (SDN)