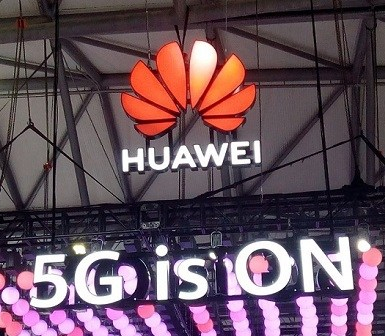 (SDN) — AFTER beating Apple to become the world’s biggest smartphone maker, Huawei Technologies’ ambition was to topple Samsung in 2020 from its No. 1 perch.

That ambition did not seem a far-fetched idea for the Chinese technology titan being on a roll in the race to the Mount Everest of smartphone manufacturing.

After all, the company founded by engineer Ren Zhengfei is already the global No. 1 telecom equipment maker, beating Europe’s Ericsson to the race.

No, because came the United States ban on Huawei; American companies were prohibited from doing business with the then No. 2 smartphone manufacturer. That was the first blow to Huawei’s ambition to surpass South Korea’s Samsung technology giant.

Then came the novel coronavirus global pandemic that disrupted almost all aspects of humanity’ lives, including everyday routine, travel and tourism, business, manufacturing and smartphones and others, sports, etc. That was the second blow.

It was then safe to say that Huawei’s ambition was destined to get waylaid on the climb to the peak of the Mount Everest of smartphone manufacturing.

Add to that the effect of the U.S. prohibition, which is the absence of Google services on Huawei smartphones.

But against all odds, things have turned around for the telecom equipment and smartphone maker. Really a recipe for disaster!

But get ready to be jolted. At least temporarily in April 2020. April Fool’s Day is long past, so this is not a joke, obviously.

The past two days as of June 17 the news media, especially the tech sector have trumpeted Huawei’s surpassing of Samsung.

Everyone’s source for their story is Counterpoint Research, which reported on what others were saying is an “impossible feat” given the U.S. ban and Covid-19’s disruption of manufacturing and shipments of smartphones.

U.S. President Donald Trump may not like it — the American Apple is only at No. 3. Trump may hate Huawei but he cannot stop Huawei’s rise to the top as borne by the April 2020 figures from Counterpoint Research.

Remember Huawei officials led by Zhengfei saying they will survive the American ban? It seems now that the was sort of a self-fulfilling prophecy.

“We can survive without the U.S.” That was Huawei’s founder now CEO said then. For ascending the top to become the world’s biggest smartphone manufacturer, Zhengfei fulfilled his words. It maybe short-lived at the top, but what the heck, Huawei proved it can rise to Trump’s challenge.

So, whether you are a Huawei fan or not, this feat will now be in the record books and cannot be taken away, at least for the April 2020 report of Counterpoint Research.

Huawei as the world’s largest phone manufacturer, you gotta believe it. (SDN)