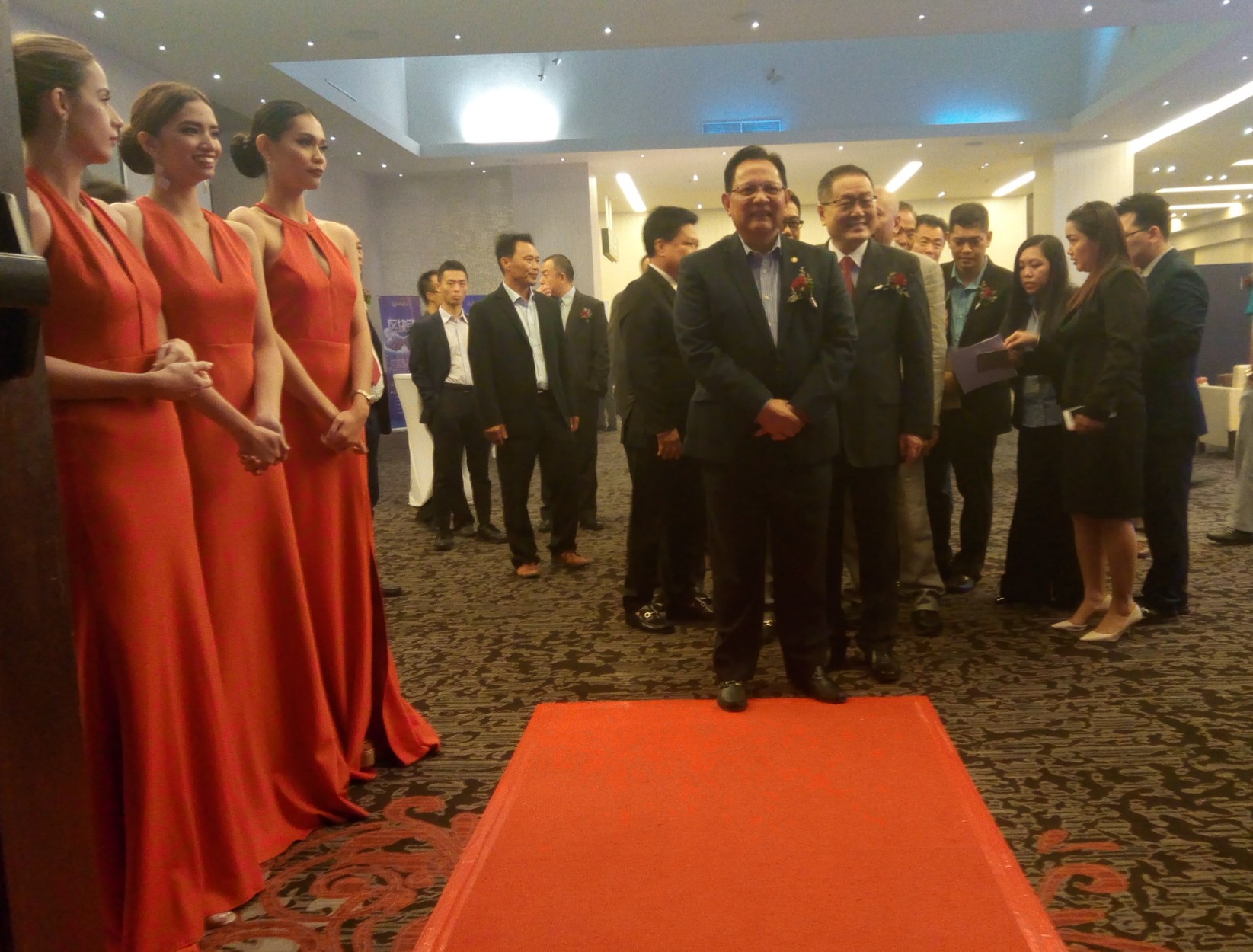 ​COLLABORATION between the Cagayan Economic Zone Authority (CEZA) and its many locator fintech firms which are on blockchain and cryptocurrency exchange business is vital for consumers’ and investors’ protection.

Secretary Raul L. Lambino, administrator and CEO of CEZA, emphasized this during the formal launch of and welcome for Asia Premier International Ltd. at a hotel in Pasay City.

So far, and is still counting, CEZA has already approved and issued provisional principal offshore virtual currency exchange (OVCE) licenses to 17 companies engaged in any of the many blockchain ecosystem industries.

ASIA PREMIER. Secretary Raul L. Lambino (3rd, right), administrator and CEO of the Cagayan Economic Zone Authority (CEZA), in Sta. Ana, Cagayan, hands over to Hong Kong-based Asia Premier International Ltd. (APIL) Chairman and CEO Alexander Fu Kong Sang the CEZA offshore virtual currency exchange (OVCE) provisional principal license for APIL. The handover of the license which entitles APIL to operate out of the Philippines was the highlight of the NiuEx launch at Manila Marriott Hotel in Pasay City on October 26. In the photo, among others, are CEZA Deputy Administrator Raymundo T. Roquero (right) and other executives of APIL and guests. (Photo: Joseph Muego of CEZA)

At least 70 companies in the blockchain ecosystem applied for OVCE license since July this year.

CEZA earlier said it will approved only 25 of them initially as sort of like testing the waters.

“As a regulator of a fintech space, CEZA and industry players must collaborate in order to ensure consumer and investor protection and safely push for the progression of these technologies into the mainstream,” said Lambino.

“Just this week, the CEZA Board of Directors approved the promulgation of the Rules for Granting Self-Regulatory Status for Business Organizations,” he continued.

Lambino delivered a speech at the launch and handover of CEZA’s OVCE license to Asia Premier International Ltd. (APIL) Hong Kong to its Chairman and CEO Alexander Fu Kong Sang on October 26 at Manila Marriott Hotel in Pasay City.

The APIL top executive thanked CEZA for the license.

It gives me great pleasure to see all of you here tonight especially our guest of Honor, Secretary Raul Lambino, special guest DTI (Department of Trade and Industry) Undersecretary and CEZA Chairman Rowell Barba, business associates & friends from abroad who made the extra effort to come to the Philippines to be with us on this momentous occasion,” Fu said.

The APIL CEO described virtual currency exchange as a great idea but majority of the world is only starting to understand.

“We at Asia Premier International Limited, Hong Kong know that it is the next big thing after the discovery of computers,” Fu said.

CEZA emphasized that it recognizes the rise of emerging markets and the use of Self-Regulatory Organizations (SROs) as part of a bigger strategy expected to improve regulation and market integrity’s effectiveness.

With SROs, CEZA explained, comprising businesses engaged in blockchain-related industries would then be “able to provide key insights, critical research and updates on national and international business standards that CEZA will utilize to effectively and efficiently regulate the industries and licensees under its jurisdiction.”

This, then, should lead to the SROs’ crafting their Code of Conduct in order to come up with regulations matching the “specificities of the Crypto and Fintech sectors.”

The Authority explained this further.

“Such Code shall leverage for enterprises to allow themselves to be monitored, supervised, and be answerable for sanctions due to breaches and non-compliance.

“A Code of Conduct which is principle-based, technology- and competition-neutral, and that ensures zero tolerance for criminal activities — can service ambiguities and deficiencies in the enforcement of policies.”

CEZA does not see the planned envisioned Code of Conduct to stifle progression with rigid laws alien to the ecosystem, but a Code of Conduct which espouses flexible and evolving standards that will create sound business practices, minimize risk and incidences of fraud, prevent other criminal activities, and avoid data and operation breaches.

The blockchain and cryptocurrency companies will create their association, he said, which is called Asian Blockchain Association (ABACA).

Roquero said the association is important for them “to police their own ranks, protect their interest, and prevent fly-by-night organizations from joining.”

He said ABACA will be based in CEZA even as the rules and regulations was already finished. Everyone of the organizations will be a member and they will elect their president and other officials.

The 17 will soon be joined by eight more companies in the blockchain ecoystem, said Roquero, to complete the initial 25 blockchain companies.

CEZA token in the pipeline

The CEZA second top leader also reiterated plans for the Authority to issue its own assets-backed token or digital coin for online gaming.

“We hope to have it by December,” he added.

Othe other hand, he said the plan to establish a Blockchain University inside CEZA will push through.

He said the university is very important as the government anticipates the demand ahead for blockchain professionals, among them, programmers, coders, designers, and developers, etc.

He a feasibility study is being conducted for the university and within two years it should be completed.

NiuEx Exhange, being a blockchain company, will operate in various regions and countries, such as Southeast Asia, the United States, Japan, and South Korea.