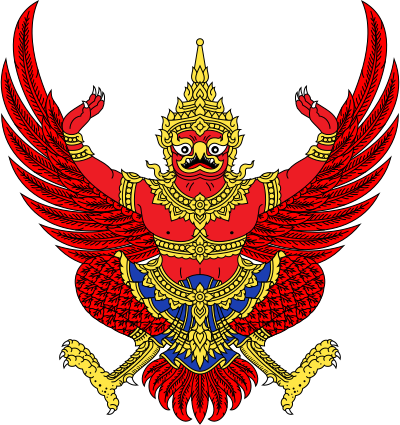 BLOCKCHAIN technology has just been used in a digital electoral exercise in Thailand.

In the process the Thai Democrat Party, the country’s main opposition bloc, has achieved many firsts in the world for using the emerging technology that is virtually (no pun intended) sweeping the Earth.

It is an event that the Philippines and other countries may have a lesson to learn from and, perhaps, dare to use the technology in their future elections.

The SDN — Scitech and Digital News learned through an announcement from Zcoin that the country’s biggest opposition party used “an electronic voting system run on blockchain technology via privacy coin, Zcoin, for its primary election” spanning November 1 to 9 this year.

Thai e-vote and its many firsts

The electoral exercise recorded many firsts and mentioned why the political exercise on blockchain really matters.

“This is an election of many firsts for Thailand’s main opposition and is significant because they are the world’s first to use blockchain technology in a live e-voting system involving more than 120,000 voters, Zcoin said.

“It’s the first time a Thai political party has selected their leader with input from its members nationwide. How they held the primary election will have major implications on the country’s first upcoming national election since the military coup in 2014, set to take place next year.”

It pointed out how the e-voting happened through two methods: through voting stations nationwide utilizing a Raspberry Pis based system and, alternatively, a mobile voting app that required voters to submit their photo ID.

The media strategist based in Singapore said votes were then stored on the Zcoin blockchain, an open source decentralized privacy cryptocurrency focusing on establishing privacy and anonymity for its users.

“It’s a way to instantly audit and verify election results: the Zcoin’s blockchain protocol ensures transparency and it is almost impossible to tamper with the data. In comparison, paper votes are vulnerable to voter fraud,” it was pointed out.

To protect the voters’ anonymity, Zcoin said the voter tallies and identity documents were organized in a way to protect voter’s anonymity, with the arrangement designed to prevent any party from having full access to the identity or voting data without the other stakeholders’ consensus.

Over 120,000 voters cast their ballots in the primary election.

“Voting data could only be decrypted if all five parties — three representatives of each candidate, the Thai Election Commission and the Democrat Party — were present and in agreement,” Zcoin explained.

The way the e-election was conducted, obviously it’s the principle behind the workings of blockchain — decentralized, unchangeable, and open to all the stakeholders in the network, and some say fully secure from hacking.

On Blockgeeks.com, Don and Alex Tascott, co-authors of Blockchain Revolution published in 2016, defined the technology.

“The blockchain is an incorruptible digital ledger of economic transactions that can be programmed to record not just financial transaction but virtually everything of value.”

It can be recalled that a person (or a group of persons), whose true identity is still unknown but goes by the name Satoshi Nakamoto, is credited with the invention around 10 years ago of blockchain technology, which some say is the second internet.

It is the engine that underpins cryptocurrency, but has found many other uses like smart contracts, etc., aside from Bitcoin, its first use.

In the Philippines, Amihan Global Strategies, which promotes blockchain use for organizations, in 2017 secured a contract aimed at developing a Self-Sovereign ID (SSID) for an initial seven banks leveraging the technology.

“I am very proud that Zcoin played a role in making Thailand’s first large-scale e-vote, a reality, which saw greater voter participation and transparency,” he said.

Zcoin is decentralized privacy cryptocurrency that focuses on achieving privacy and anonymity for its users while transacting on the blockchain.

Data in the e-vote (identification documents and voting tallies) was encrypted and stored on IPFS, a decentralized and distributed file storage system.

The IPFS hashes were then stored on the Zcoin blockchain, which acted as a decentralised immutable database and provided auditability to the Thai Election Commission and the Democrat Party candidates.

“The unique circumstances of this election made Zcoin’s blockchain a good fit to record votes and sets the stage for future deployment of e-voting systems in the country,” Insom said, confident of the future use of his precedent-setting technology in elections.

Thailand will have its first national election in 2019 after the military coup in 2014. (EKU)