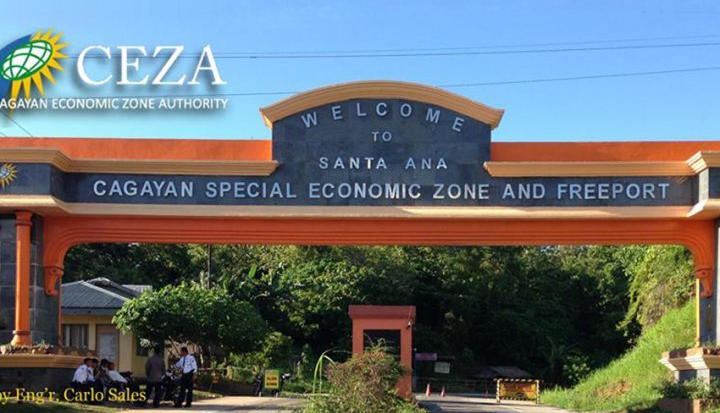 HELPED in no small measure by foreign blockchain company locators this year, the Cagayan Economic Zone Authority (CEZA) has turned a corner from last year’s deficit.

Recall that CEZA has launched the Zone as “Crypto in the Valley” and promoting it as financial technology (fintech) hub in Asia for blockchain and cryptocurrency companies.

Of the more than 80 offshore firms that applied for a license, CEZA headed by Secretary Raul L. Lambino, had already issued offshore virtual currency license (OVCE) to 18 approved companies.

CEZA’s plan is to accept an initial 25 blockchain companies as a pilot for the Crypto in the Valley.

With the license fees paid by the fintech companies, among other new revenue streams, CEZA managed to turn a corner from 2017’s losing position,

He said that CEZA incurred a big net loss of P64.925 million last year because of losing its major revenue from online gambling. When Lambino assumed the helm of CEZA in the middle of 2017, he ordered a crackdown against offshore gaming operations as he cancelled the registration of 164 business process outsourcing (BPO) companies providing services to the operators.

With the coming in of the blockchain locators, the Zone realized revenue earnings amounting Php521.011 million in the first three quarters on this year. Thus, CEZA has opened a new revenue stream from the pioneering blockchain technology in the country.

“The idea of setting up the first cryptocurrency and blockchain technology center in the country has paid off handsomely,” Lambino said. “Financial technology is proving to be the new high-tech of the future.”

But CEZA, he said, will not only rely on fintech companys’ regulatory fees and the huge revenues generated from agency shares in the cryptocurrency exchange trading and initial coin offering (ICO) of the digital tokens and other blockchain products.

“Growth in the economic zone will be investment-driven. CEZA will diversify,” he said.

He was apparently referring to a few more big-ticket CEZA projects in the pipeline, including a major Chinese company, Shanghai Juncheng, which is building an integrated US$100-million leisure resort in the economic zone that will feature luxury hotels, malls, duty-free shops and BPO offices. Lambino secured this project during his recent investment campaign in China.

Another project he secured is the commitment of Hunan Goke Maglev Technology Ltd. of setting up a research and development (R&D) center in Santa Ana town in Cagayan for
training and production line of Maglev train model units.

Still another is a large-scale foreign company that is looking to build an integrated resort at the Cagayan Special Economic Zone and Freeport (CSEZFP) while a leading global apparel and clothing company is already scouting for a site to set up its factory.

Lambino is optimistic the diversified investments could generate more than 50,000 job opportunities in the next five years. The foreign direct investments (FDIs) are expected to create a bullish market with the lowest foreign investment pegged at USD 1 million for fintech operators alone, he said.

FDIs of companies that will secure a master licensor for online and land-based gaming is pegged at US$100 million spread over 10 years in order to secure the establishment of the needed infrastructure, including hotels, theme parks and a golf course, among others.

Meanwhile, Lambino said two big foreign companies are all set to acquire the remaining two slots for a master license in online and land-based gaming, raising the possibility for a far larger annual revenue by the end of the year.

The offshore firms that are interested to operate an online and land-based gaming at the Zone would be required to pay more than Pph300 million in application and license fees alone, not counting the multi-tiered shares from gross gaming revenues.

Indeed, it looks like CEZA is poised to make even bigger revenue in 2019 and beyond through its diversified investment scheme. (EKU)