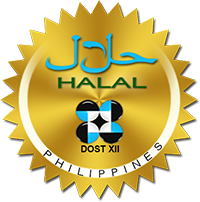 THE SOCCSKSARGEN regional office of the  Department of Science and Technology (DOST) has two major halal-focused events coming up.

She cited the vital function of the PNHLSC in the country’s efforts aimed at taking a bite (no pun intended) at the global halal food market.

She was referring to the Organization of Islamic Cooperation’s (OIC) Standards and Metrology Institute for Islamic Countries (SMIIC). SMIIC is an intergovernmental regional standardization organization mandated by the OIC to create common standards among its 57 member States and achieve uniformity in metrology, laboratory testing and crafting conformity assessment.

“WHAP 2019 will be focused on innovative breakthroughs which not only enable halal products in the country to penetrate the world halal market but also contribute towards a sustainable halal ecosystem,” said Laidan.

She emphasized that the two-day event’s main highlight are the PNHLSC’s inauguration and an international conference boosted by a battery of speakers from the international halal community.

WHAP 2019 is expected to draw quality delegates and important stakeholders on halal, both local and foreign.

An article on the global halal food market for 2018-2023 showed the market value of the Muslim dietary consumer products is predicted to climb to US$2.6 trillion. It was $1.4 trillion in 2017.

Its growth is attributed to its being “primarily driven by health benefits offered by halal food items which is continuously influencing the eating patterns of people…(and) has resulted in an increase in the consumption and acceptance of halal food among non-Muslim communities.” (EKU)