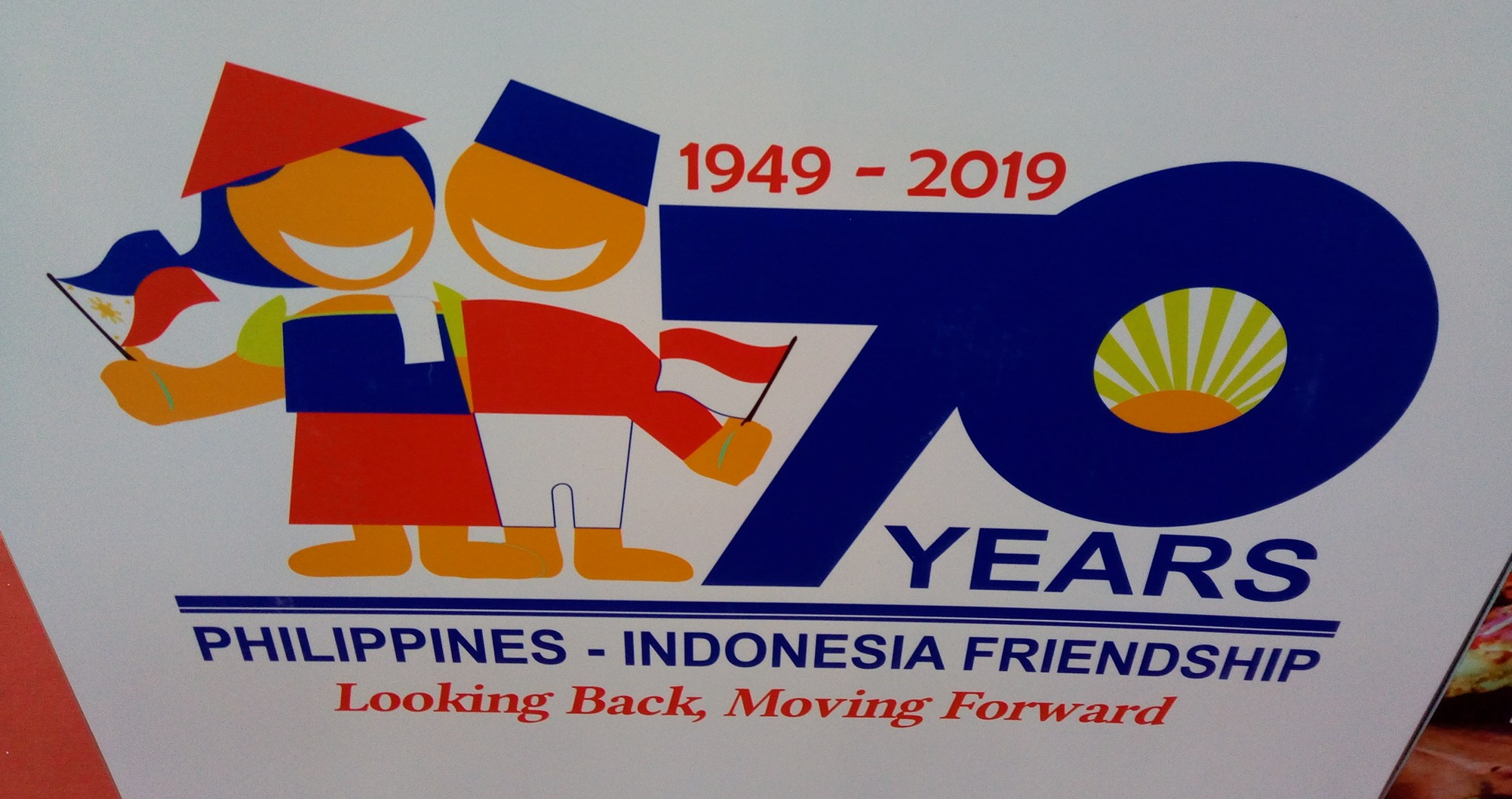 GLORIETTA, Makati City (SDN) — Diplomatic relations between the Philippines and Indonesia is now 70 years old this month of March 2019.

Just in case anyone forgets about it, the Embassy of the Republic of Indonesia opened today, March 8, here at the Central Business District (CBD) a two-day International Trade and Tourism Festival.

Showcased in the festival are some of the myriad products and culture of Indonesia, the world’s largest Muslim country with 268,655,693 population as of March 7 this year based on estimates of the United Nations.

Indonesian Ambassador to the Philippines Dr. Sinyo Harry Sarundajang led the celebration as he paid tribute to the two neighbors’ long-standing friendly ties.

He also recalled the establishment of the BIMP-EAGA (Brunei-Indonesia-Malaysia-Philippines-East Asia Growth Area), which he said was born in Mindanao with the then Davao City Mayor, now Philippine, President Rodrigo R. Duterte at the forefront of its formation.

Indonesia is now 77th years old, noting that diplomatic relations with the Philippines is only younger by years.

One of the Philippine officials who was invited to participate in the opening,  Undersecretary Abdulgani Macatoman of the Department of Trade and Industry (DTI), cited the friendship between the Indonesian ambassador and the President that started during the formation of the BIMP-EAGA.

Dignitaries at the International Trade and Tourism Festival.

The BIMP-EAGA forged closer relations among the four countries, which are all members of the Association of Southeast Asian Nations (ASEAN). Other members of the ASEAN are Cambodia, Lao, Malaysia, Myanmar, Singapore, Thailand, and Vietnam.

Macatoman, a business leader before he joined the DTI, said:

Student & dancer Azzania Nismaya, 24, of the Open University of Indonesia in Jakarta.

“Furthermore, this event can allow knowledge transformation as we can learn from the best practices of Indonesia in furthering our Philippine halal industry so we can join the global halal market,” said Macatoman.

The DTI official believes that the observance of the two countries’ relations will further strengthen their friendly relations.

Macatoman hopes to see the event replicated by the Philippines to enhance the different areas of cooperation and development, especially mentioning the halal industry.

He called Indonesia as a “big brother” in the  halal industry, of which the Philippines is still striving to break the global halal trade.

In congratulating the Indonesian Embassy for the event, Macatoman wished that “our partnership and established relations  with Indonesia continues to prosper and be our guide as we traverse the road to growth and prosperity.

Secretary Alonto lauded the holding of the event.

Ms. Putu G. Gayatri, deputy director of Promotion for Philippines and Sulawesi, Ministry of Tourism, Indonesia, told SDN — Science and Digital News in an interview that her country hopes to see more Filipinos visiting her country.

There are many places to visit such as cultural, historical, and touristic sites, she added.

Of course, no surprise there, Gayatri offered the island of Bali as the number tourist destination, then Jogjakarta, and Jakarta for shopping, among other places.

She also revealed that the Philippine Airlines (PAL), the Philippine flag carrier, plans to open a new route to Manada, Indonesia, this month of March.

“Please come to Indonesia. We have so many interesting and beautiful places to offer, not only Bali, but Jogjakarta and Borobudur, and many others,” Gayatri said.

It can also be recalled that Indonesia successfully facilitated the peace negotiations between the Philippine government and the Moro National Liberation Front (MNLF) starting in 1992.