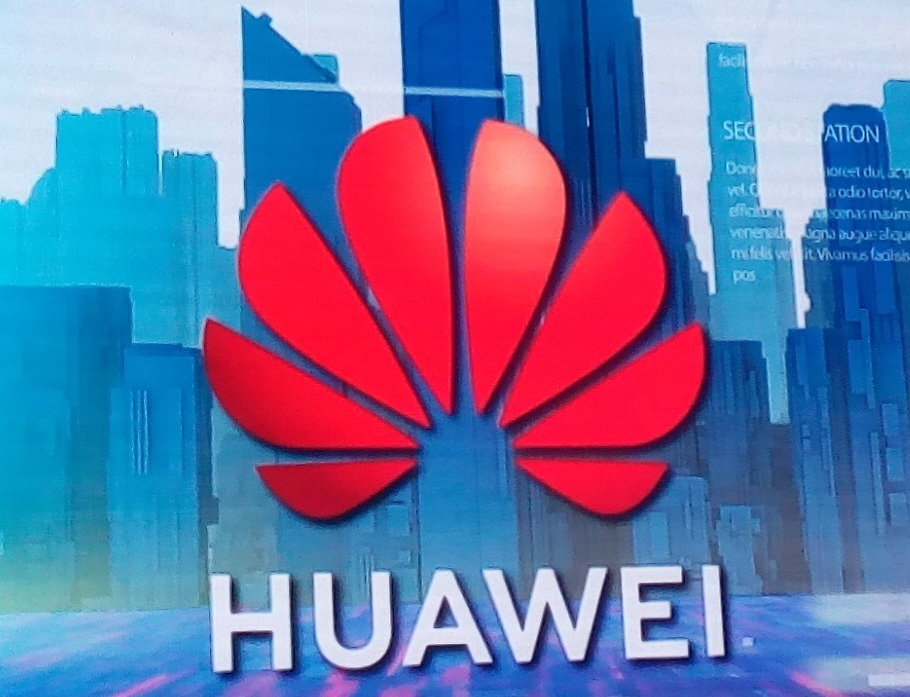 A study by the International Data Corporation (IDC) revealed that the technology titan is also currently poised to overtake Samsung as the world’s top smartphone manufacturer/seller.

Huawei, founded in 1987 by engineer Ren Zhengfei, formerly an officer of the People’s Liberation Army (PLA), is not resting on its laurels.

Especially considering that the United States and some countries belonging to the European Union (EU) are trying to shut out the company because of allegations its equipment has a “backdoor” that provides information for the Chinese government.

Huawei denied these allegations of “spying” for China and has even filed a case against the American government.

Proof that it is not about to abandon its forward trajectory is an event in Beijing, the Chinese capital, on May 15.

At the event, David Wang, Huawe executive director of the Board and president of ICT Strategy & Marketing, was the company’s Database and Storage Product Launch.

He delivered a keynote speech titled “Moving Towards an Intelligent Era, Redefining Data Infrastructure,” which was highlighted by his launching of GaussDB, the world’s first artificial intelligence (AI)-Native Database.

Huawei Executive Director of the Board and President David Wang of ICT Strategy & Marketing in Beijing, China, as he launches GaussDB and FusionStorage 8.0 (Huawei)

At the beginning of his speech, Wang recalled the release of the company’s vision and mission, which was “to bring digital to (e)very person, home and organization for a fully connected, intelligent word.”

He also reiterated the commitment of Huawei “to working with partners to build a fully connected, intelligent world, and data infrastructure is the core driver behind an intelligent world.”

Wang then proceeded to lay down in his five-page speech the company’s strategy realizing an intelligent era and redefine data infrastructure.

Among others, he emphasized the importance of data in this digital era.

“The wide application of AI helps identify the potential value of data and significantly improves the competitiveness of businesses in the digital economy,” the Huawei executive said.

Towards the later part of his keynote address, Wang said Huawei has redefined the data processing platform in three major aspects, such as heterogeneity, intelligence, and synergy.

Executives of the Chinese tech giant all together for the future. (Huawei)

​”Heterogeneity means that Huawei databases run on the computing power from diversified sources, including x86, ARM, GPU, and NPU, for best performance.

“Intelligence means that AI is used to significantly increase automation in database management and optimization.

“Today, on behalf of Huawei, I would like to launch the world’s first AI-Native database, GaussDB. It is also the industry’s first enterprise-class database compatible with ARM processors,” he announced.

He also launched at the same event “the highest-performance distributed storage FusionStorage 8.0.”

The unveiling of GauSSDB came in the wake of the tech company’s unveiling of its AI strategy and full-stack, all-scenario AI solutions in 2018.

GaussDB and FusionStorage 8.0’s launch was aimed at redefining data infrastructure through a Data+Intelligence strategy.

“Humanity is entering the age of an intelligent world,” Wang noted. “Data is the new factor of production, and intelligence the new productivity. Heterogeneous, intelligent, and converged databases will become the key data infrastructure of the financial, government, and telecoms industries.”

Committed to building a fully connected, intelligent world, Huawei is a major contributor to ICT infrastructure and smart devices. The leading ICT product and solutions provider continues to invest and innovate in AI computing power, algorithms, and labeled data with many breakthroughs.

Wang added, “AI-Native database GaussDB will help enhance Huawei Cloud’s capabilities and fully unleash the power of diversified computing, which includes x86, ARM, GPU, and NPU computing. We aim to continuously push our AI strategy forward and foster a complete computing ecosystem. Together with our partners, we will move further towards the intelligent world.”

He cited the role of its partners towards the future as Wang also reiterated the company’s commitment to advancing intelligent industries by innovating together with customers and partners and building a data industry ecosystem on the principles of openness, collaboration, and shared success.

On the launch of FusionStorage 8.0, he pointed out the three major challenges the industry is facing, such as the dramatic increase of data traffic, a wide variety of data types, and real-time data analysis.

“Innovation is the core element of Huawei’s product research and development. We will continue to leverage our advantage in ‘Connection+Computing+Cloud’ synergy to lead the development of the ICT industry and build an engine for the intelligent era!” (SDN)