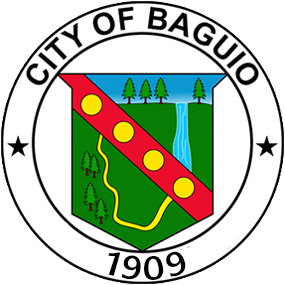 (SDN) — IT has been a tradition, actually a mandate, of the National Commission on Muslim Filipinos (NCMF) to provide assistance for Moros in detention.

The mandate is enshrined in Republic Act No. 9997, the NCMF Charter.

Jail visitation was first implemented by the defunct Office on Muslim Affairs (OMA), the commission’s forerunner.

For, arguably, there are a few thousands Moro detainees in Metro Manila jails, as well as in detention centers outside of Metropolitan Manila, in nearby provinces, even as far as Baguio City.

Thus, to exercise its mandate for inmates, the NCMF-North Luzon regional office headed by Regional Director Sinab Dimaampao formed a team for a visitation of Moro detainees at the Baguio City Jail and Penology (BCJP).

The NCMF Central Office along Commonwealth Avenue, Quezon City, said on Facebook that Dimaampao led her team in coordination with the NCMF Baguio City provincial office, as they paid a visit to the BCJP on June 7.

With the visit from the commission that implements the agenda of NCMF Secretary Saidamen B. Pangarungan, 22 detainees at the BCJP were able to seek legal consultations with the NCMF’s legal officers.

The NCMF-North Luzon and NCMF Baguio City provincial office promised to monitor the progress of the 22 detainees’ cases.

While the NCMF is at it, it would also be a good idea to visit and make count of all Moros or Muslims who are in detention in Metro Manila, with special emphasis on women for there are hundreds of them in the National Capital Region (NCR) alone.

It can be recalled that during the time of OMA, there were reports of some Moro women detainees being sexually abused in detention.

But these incidents were kept among family members because of the stigma that it would bring, thus, putting a hindrance on digging up the truth.

Perhaps, the NCMF Central Office through the NCMF-NCR would re-launch the initiative of accounting for every Moro detainees, particularly women.

Moros in detention were charged of various offenses, including those relating to illegal drugs; but there were also complaints about “hulidap” and “frame-up” which the NCMF legal teams ought to dig up and find the truth, in fairness to the members of the Philippine National Police (PNP) and other law enforcement agencies. (SDN)