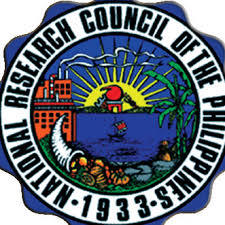 THEY say, “Once you get HIV, you have it for life”.

Contracting HIV, particularly in the Philippines, carries a stigma that continues to thrive, leading to fear of getting tested.

But there is also the nagging fear of the thought that if it’s not now, it will never be done. There is also another social illness attached to HIV – that of ignorance about the disease.

The HIV is a virus known to be a precursor of acquired immunodeficiency syndrome or AIDS, if not treated. It attacks and weakens one’s immune system.

In the 1980s, the HIV epidemic took the world by storm because of fear, stigma, ignorance, says the World Health Organization (WHO). The first case of HIV infection in the Philippines was detected in 1984.

According to Dr. Genesis Samonte of the Department of Health Bureau of Epidemiology (DOH-BE), only 17% of Filipinos have the correct awareness on HIV/AIDS prevention and transmission.

On the other hand, Dr. Verdadez Linga, an official of the Quezon City Health Department, said that recent survey results show that the high percentage of new HIV infections is from the younger groups, i.e. ages 15 – 24. The youngest reported AIDS patient who sexually contracted HIV is 13 years old.

What is alarming is that last December, 13 high school students from South Cotabato in Mindanao were reported HIV positive. This increasing number of HIV/AIDS infections may be attributed to a lack of awareness.

One of the research arms of the Department of Science and Technology, the National Research Council of the Philippines (DOST-NRCP), has looked into this and hopes to contribute in addressing this special concern through a forum entitled “Enhancing Public’s Level of Awareness through the Use of Digitized Arts” conducted at the Philippine International Convention Center (P(CC), Pasay City, last February 13, 2019.

The forum presented the results of a project conducted by Dr. Brian Saludes Bantugan, a member of the NRCP Division of Humanities, and a professor at St. Paul University Manila.

Dr. Bantugan investigated the ontology of the arts enhanced with the use of digital technologies and used in HIV/AIDS-related advocacies through his NRCP-funded research project, Going Viral: Using Digitized Arts for HIV/AIDS Related Advocacies.

His project was classified under the theme “Just, Inclusive, and Lasting Peace and the Rule of Law” Agenda of President Rodrigo R. Duterte for the reason that the issue of HIV-AIDS is not merely about health but also a social marginalization issue.

His research project intends to bring clarity to the ontology and function of art using digital technology in the context of HIV-AIDS-related advocacies.

Last Valentine’s Day, this NRCP’s research results was communicated to the people with key participants, prominent HIV advocates, stakeholders, and most importantly the major public. This forum will help the council in crafting public policies for possible adoption.

DOST-NRCP hopes that the adoption of the policies generated from this research will contribute to the existing efforts of various government agencies and other non-government organization in enhancing the public’s level of awareness on HIV/AIDS.

The NRCP is a collegial body of highly-trained scientists and researchers, cohesively addressing the growing demand for knowledge and effectively and efficiently contributing to the country’s development and to the improvement of the quality of life of the Filipino people.

It is unique in the sense that it is the DOST Council mandated to promote and support basic and problem-oriented researches, particularly those which are multidisciplinary, in the sciences as well as in the humanities.

So aside from engineering or hard sciences, NRCP also supports research projects in Social Sciences, Humanities and Governance to identify and provide solutions to national issues and problems as well as science or evidence-based advice and recommendations. (NRCP Media)

The author, Maria Elena “Lynn” A. Talingdan. is the chief senior research specialist of the DOST-NRCP. She won First Place as the Outstanding Information Officer, government category, of the DOST’s 1st Bantog Media Awards in 2018.