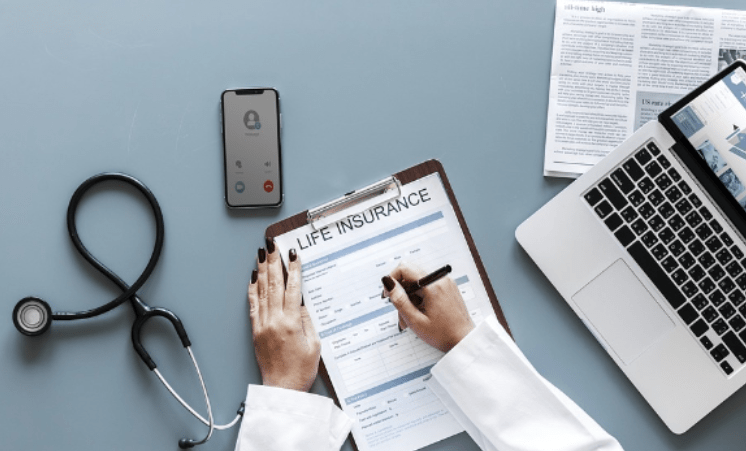 THE insurance industry is one of the oldest in the financial world. It has largely remained unchanged for decades largely because it has always been impenetrable to less resourceful newcomers.

For a long time, capital and trust seem to be the only pillars that mattered. Interestingly, in the past decade or so, technology has become an increasingly significant element of the business to an extent where the marriage of the two — “insurtech,” has become a league of its own with brand new players in the game, many of which are based in tech hubs in Asia instead of in the United States or Europe.

Insurtech is a term used to describe the use of technological innovations built to make the most out of the present-day insurance model. Insurtech is a word coined from insurance and technology, and it is similar to fintech, which disrupted the financial industry, just as insurtech is set to disrupt the insurance industry.

Insurtech is growing and changing the way insurance is doing things. With the help of data, insurers are able to make much more accurate predictions of health and risk factors in policy underwriting. Policies are also more flexible as exemplified by the introduction of pay-per-mile auto insurance: drivers are only required to pay a premium for the mileage they drive but not for a fixed term.

The flip side of heavy data reliance, though, is 24/7 data collection through various devices such as the Fitbit for health signals and GPS location for pay-per-mile insurance. Smartphones, electoral rolls, and many other sources suddenly become surveillance instruments. As much as the IoT (Internet of Things) is making things easier for insurance companies, it means less privacy for their clients.

Whether convenience and a better premium rate are worth the policyholder’s privacy is up to personal discretion, but the real danger lies in the risk of traffic interception and theft in data transmission. It’s a given that with more data comes more cybersecurity vulnerabilities.

To fully enjoy the benefits insurtech brings without unnecessary risks, make sure you minimize data leakage risks by encrypting your phone and smart devices in your home network with the right software. For example, if your phone’s location corresponds to your pay-per-mile auto insurance plan, make sure you use an Android VPN to seal data transmission between your device and the insurance company.

Insurtech, just like fintech in the banking sector, has been focusing on the retail sector. A larger percentage of business in insurtech is with clients in the retail sector, while a very small percentage is in the commercial sector. Most people, especially millennials who are tech-savvy, do not feel they owe any specific company loyalty. They consider financial services and products such as insurance policies as dispensable, provided they fulfill their immediate needs.

What the millennials value most is the convenience to make transactions quickly and remotely when possible, without having to deal with the company directly. Using digital platforms 24/7 to submit an insurance claim or get a quotation is more attractive than having to make a trip to the insurance company branch.

This makes them very vulnerable to privacy invasion; especially as millennials love logging into any public Wi-Fi they come across, not knowing this opens them up to more privacy invasion.

The future of insurtech

Insurtech is in its initial stages of adoption and subsequent adaptation of novel technology. Nearly all insurtech relies on digital client interface for serving clients. Insurtechs are able to do business using different techniques than the existing insurance companies. This way, they are able to mine more data than the traditional insurers could ever manage to.

IoT in the broad definition is the system or network of interconnected computing machines, devices, people, sensors, and organizations. These all interact without human help and collect and transmit data to insurers or intermediaries of things such as how a policyholder takes care of their health, drive or even take care of their home. Some of the IoT devices are:

● Location-based sensors which monitor and prevent losses in offices, factories or warehouse.

● Personal devices such as fit tech such as Fitbit watches which monitor heart rate.

PAYG (Pay as you go) and Microfinance — This offers protection against short-term risks, which mostly covers laptops, renters’ risk, musical and sporting equipment through a mobile application, which enables millennials to log in over their mobile phones. The insurance can be turned on and off at will. They are able to make claims on the app within minutes, which is another way of laying bare their details to insurtech.

Insurtech is growing by the day, and insurers are steadily leaning towards technological advancement. For now, insurtech seems like a big advantage to the policyholders by collecting information and relaying it to insurance companies for lower premiums.

There are relevant concerns about data privacy and insurtech, but the product designs are tightly linked to the claims and underwriting processes. Insurtech is a disruptive technology, which is still growing and in a short time will have taken over the entire insurance industry. (TurnOnVPN)

Editor’s Note: Opinion, words, statements in this article are solely by the author’s.