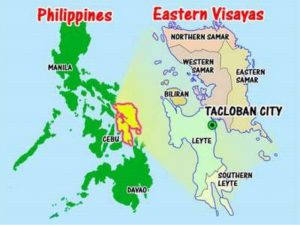 (SDN) TACLOBAN CITY, Leyte — Eastern Visayas will get its share of hosting one of the major activities of the Department of Science and Technology on August 9 to 11, 2019.

This is the regional version of the DOST’s National Science and Technology Week (NSTW) 2019, an annual tradition that is being staged also in the Philippines’ 16 regions.

Behind the Regional Science and Technology Week (RSTW) to be held at both the DOST VIII office located within the Government Center in Candahug, Palo, Leyte, on the first day.

The RSTW proper that features S&T exhibits will be at the Robinson’s Place New Building Activity Area, Marasbaras, Tacloban City, where it will be open to the public from 9 a.m. to 8 p.m.

According to the S&T Information Institute (DOST-STII), the staging of the event in the region is for DOST VIII headed by Regional Director Edgardo Esperancilla “to fulfill its commitment in coordinating the country’s scientific and technological efforts toward maximum economic and social benefits.”

On the first day (August 9),  the DOST VIII office in the Government Center, Candahug, Palo, Leyte, will open its doors to the public from 8 a.m. until 5 p.m. Housewives from DOST VIII service community (Pawing area) will participate in a Meat Processing Training in the morning, from 9 a.m. to 12 noon. In the afternoon, out-of-school youths from DOST VIII service community (also in Pawing area) will attend Fish Processing Training from 1 p.m. to 5 p.m. The open house of DOST VIII office will run from the first day until the last day of RSTW.

There will also be a forum on Community Empowerment thru Science and Technology where public offices, LGUs, state universities and colleges (SUCs), and other private and government partner agencies are invited to participate from 1 p.m. to 5 p.m.

A SETUP (Small Enterprise Technology Upgrading Program) Forum will follow from 1 p.m. to 5 p.m. at the same venue. The public can view the S&T exhibits and inventions at the venue from 1 p.m. to 8 p.m. In the evening (from 5 to 10), DOST scholars, DOST officials, VIPs (very important persons) from LGU, SUCs, NGOs (non-governmental organizations), and the media will convene at the Summit Hotel in Tacloban City for “In Touch with Excellence,” an event in honor of the excellent performance of DOST scholars.

On the last day of 2019 RSTW (August 11), DOST scholars in their third, fourth, and fifth years will participate in the Entrepreneurial Seminar for DOST VIII-SEI (Science Education Institute) scholars from 9 a.m. to 3 p.m.  As a culminating activity, RICE winners will be awarded at the closing ceremonies in Robinson’s Mall New Building Activity Area from 4 p.m. to 5 p.m.

Before his new AGIO-8 post, Uy was already an active member of the association starting in 2012. Majority of the group’s members elected to be their new president, replacing Francis Rosaroso, regional information officer of the Department of Agriculture (DA) VIII. (SDN/DOST-STII)