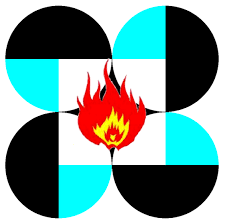 HUNDREDs of Philippine Science High School (PSHS) students from all of its 16 regional campuses participated in an annual Science Research Summit held in Subic, Zambales, on August 27-31, 2019.

A simpler version of the technical poster, the latter had more colorful graphics and common words for viewing by Grades 4-6 students and the general public who visited the exhibits.

All campuses sent their respective delegates, including the four youngest campuses in Caraga, CALABARZON, MIMAROPA, and Zamboanga whose  scholars were simple observers in last year’s summit.

The four-day event highlighted the research paper presentations where the students explained in a limited time to a panel of judges the importance of their research, its benefits to the people, and possible commercial value.

Also included in the summit were leadership and team building activities on the first day and the socials night where the creative side of the students will be showcased through songs, dance and other visual entertainment.

An awarding ceremony for the best research papers in each category capped the event.

The PSHS System is under the wings of the Department of Science and Technology (DOST).