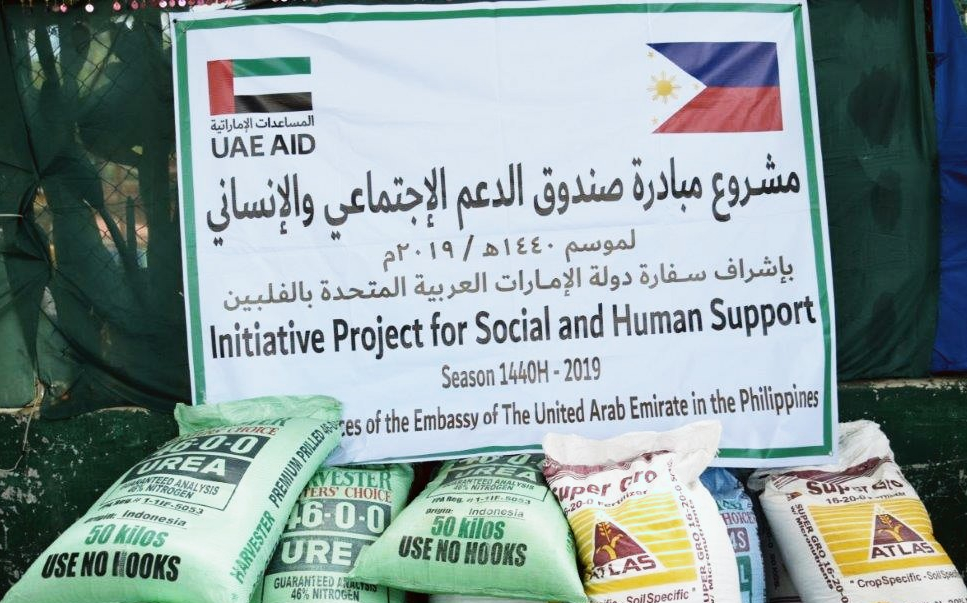 (SDN) — UNITED Arab Emirates Ambassador Hamad Saeed Al-Zaabi has earned the distinction of being the first foreign diplomat to visit Marawi City after the siege in May 2017.

Al-Zaabi is the top envoy to the Philippines of His Highness Sheikh Khalifa bin Zayed Al-Nahyan, the UAE President. The Sheikh is the Emir of Abu Dhabi, the biggest emirate of the UAE Federation.

Aside from Abu Dhabi, the other members of the federation are Dubai, Sharjah, Umm Al-Quiwain, Fujairah, Ajman, and Ras Al-Khaimah.

In an email sent to SDN — Science and Digital News by the Office of the UAE Ambassador, it was learned that Al-Zaabi visited the devastated city of Marawi during the 2019 Eid’l Adha (Feast of Sacrifice) celebration, where performed the Eid prayers and celebrated with the residents.

The ambassador also distributed meat and other goodies for the residents, many of whom still live in make-shift shelters as they still are not allowed to return to what’s left of their homes and other properties on Ground Zero, the most affected area, of the five months war between government forces and a combined bands of terrorists of the Maute Group (MG) and Abu Sayyaf Group (ASG).

A total of 19 cows were slaughtered for the Eid celebrations, the meat distributed to the residents of Barangay Sagonsongan, Marawi City, and others.

The Organization of Islamic Cooperation (OIC) has 57 member-States, many of which have established embassies or at least a consulate in the Philippines.

UAE’s embassy marked the first time a foreign ambassador — from OIC or non-OIC countries — visited the Philippines’ only Islamic City after the Battle of Marawi.

Al-Zaabi brought with him a message of hope from the UAE leadership and people.

He said the UAE will provide assistance to Marawi City, Lanao del Sur, to help alleviate the suffering of the residents, through the funding of the reconstruction damaged school facilities, construction of child and youth center, orphan center, and Butig Rural Health Unit.

ROYALTY. United Arab Emirates (UAE) Ambassador Hamad Saeed Al-Zaabi in Marawi City during 2019 Eid’l Adha (Feast of Sacrifice). The people of Marawi treated him like a royalty. He is the first foreign diplomat to visit the devastated city after the Marawi Siege of May 2017 that lasted five months. (Photo: UAE Embassy)

The Battle of Marawi erupted after Maute and Abu Sayyaf terrorists laid siege to the city, prompting the government to hunt them down, which escalated into a full-blown war.

As a result, more than 200,000 residents and others from nearby areas were forced to flee their homes, many of which were either completely destroyed or damaged beyond use. Scores of terrorists, soldiers and policemen, and civilians were killed in the fighting.

While the Maute and Abu Sayyaf extremist bands had a virtually free hand in Marawi City, but in the UAE the government has been combating extremism and hatred.

One of the ways of the UAE was the Federal Decree Law No. 02 of 2015 issued on July 15 by President Sheikh Khalifa bin Zayed.

The decree on Combating Discrimination and Hatred “aims to protect everyone in the UAE, via a solid legislative ground for the environment of tolerance, coexistence and acceptance.”

Still others way include the declaration of 2019 as the Year of Tolerance, and the establishment of different centers to counter extremism, such as the International Institute of Tolerance, the Hedayah Center, and Sawab Center. (SDN)