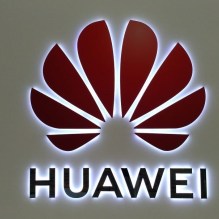 (SDN) — INFORMATION and communications technology (ICT) giant Huawei Technology is looking to lure five million more developers as it pours US$1.5 billion plus another $1 billion inside five years.

The investment will go to the Chinese global number one ICT equipment manufacturer/vendor’s Developer Program 2.0 and “Shining Star” Program.

“Now we are starting to roll out our Developer Program 2.0. Over the next five years, we will invest 1.5 billion US dollars as we expand the program to 5 million developers.”  Huawei Rotating Chairman Guo Ping

Presently, the company, the world’s number two smartphone supplier, has 1.3 million developers under its wings.

In the last five years as well, Huawei had already put up several laboratories scattered across the globe.

But there’s no time to rest, apparently, as the digital race continues to heat up, especially with the advent of 5G technology and its multiple allied uses.

Huawei Rotating Chairman Guo Ping laid this out and more in his Keynote Address at the Web Summit 2019 in Lisbon, Portugal, on November 4.

“Over the last five years, we established 21 OpenLabs around the world and already have 1.3 million developers.

“Now we are starting to roll out our Developer Program 2.0. Over the next five years, we will invest 1.5 billion US dollars as we expand the program to 5 million developers,” Guo revealed.

The company launched the Developer Program 2.0 and the “Shining Star” Program, which is backed by a $1 billion fund support. They are aimed at luring a wider range of high-quality apps to the Huawei Mobile Services (HMS) ecosystem, which motivates developers to combine and innovate their apps for use in various different scenarios.

He pointed out that Huawei has programs designed for universities and institutes, individuals, startups, and partners, as he cited examples such as providing free artificial intelligence (AI) boards and vouchers for cloud services training to enterprise developers and some universities in Europe.

“We are working to make AI development easier for all developers. AI has already attracted a lot of attention, but the technology is complex. We are still facing a skill shortage,” the Huawei executive emphasized.

His address deep-dived into 5G and other technologies, which titled, “5G+X will create a smart new era.” He assumed that the “X” (or unknown) can be AI, big data, or virtual reality/augmented reality (VR/AR).

“As you all know, 5G deployment has just begun. AI applications for a range of industries are still in their infancy. I believe that in the future, 5G+X will create countless opportunities for entrepreneurs,” Guo predicted.

With 5G, ICT is new electricity

“Just as that age began with electric lighting, 3G and 4G solved the problem of connecting people 5G and AI represent a tipping point for ICT. This technology will be further applied in all industries, like electricity was over a century ago. This makes ICT a key enabler of industry development.”

On the other hand, Guo noted 5G’s arrival ahead of its time.

To date, he pointed out, there are already 40 carriers based in more than 20 different countries are now using 5G networks commercially.

“We predict that we will see 60 commercial 5G networks by the end of the year. The new experiences delivered by 5G have been warmly welcomed by consumers,” the Huawei official said.

He compared the coming of 4G and 5G.

When South Korea put up its 5G commercial network there were one million users who signed just 60 days of its deployment; 4G had 150 days before it attracted the same number of users.

In encouraging developers to get onboard Huawei’s Developer Program 2.0, Guo said the coming of 5G presents a “golden opportunity” that they should take advantage of.

At Huawei, innovation focuses on customer needs. We invest heavily in basic research, concentrating on technological breakthroughs that drive the world forward. We have more than 188,000 employees by the end of 2018, and we operate in more than 170 countries and regions. Founded in 1987, Huawei is a private company fully owned by its employees.