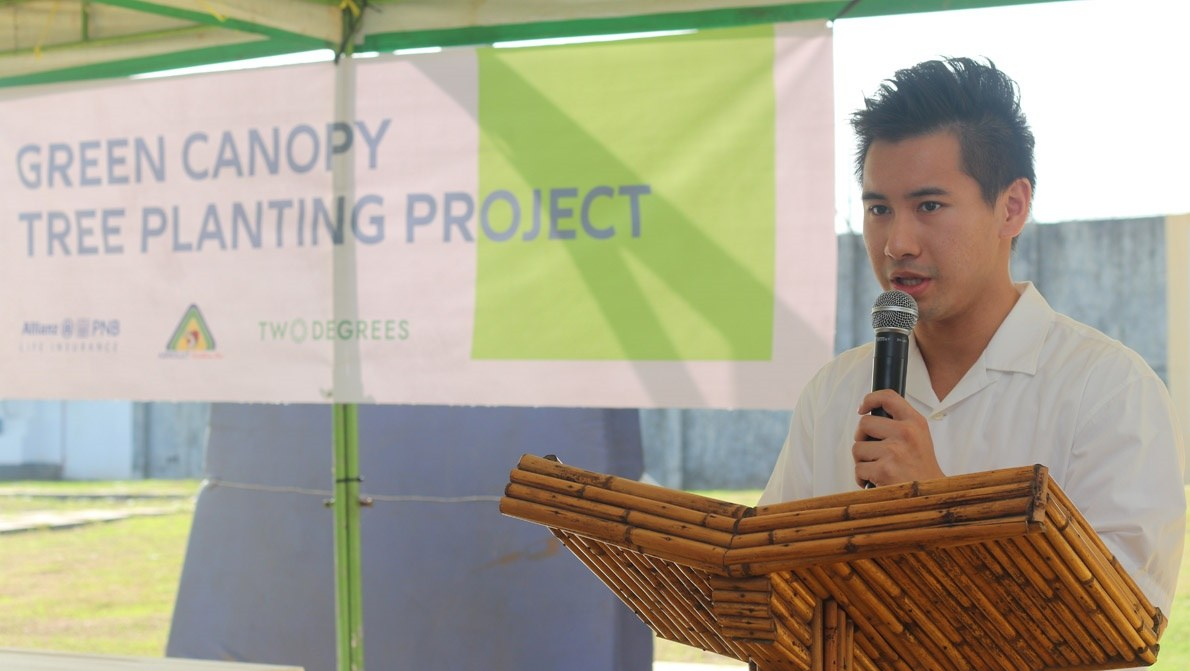 LUCIO TAN III has made his first order of business — a massive environmental sustainability project that aims to plant 12 million trees — together with the support of leading global insurer Allianz.

Tan launched the Green Canopy Project, which is a reforestation project created by the late Lucio “Bong” Tan, Jr. under Two Degrees, Inc., during a ceremonial tree planting activity facilitated by Allianz at the LT Group’s Absolut Distillers property in Lian, Batangas. The younger Tan replaced his father as president of Two Degrees, Inc.

He shared that the project will tackle reforestation of the Sierra Madre Mountains in the Cagayan Region.

“As of today, 500,000 trees have been planted in the area, which covers part of a total of 24,000 hectares of land. Aside from reforestation, my father had also hoped to provide employment to local communities. Rest assured, I intend to continue my father’s green advocacy and other efforts that promote sustainability.

“I believe in impact investing. I believe that environmental consciousness should be adopted in every level of business in order to secure future stability. It’s the only way to go if we want a future for this planet,” Tan said.

Tan stated he is confident his first project will gain support, especially within the Group.

“Thank you for being the first among the companies within the LT Group to support the Green Canopy Project. I am confident that we are in good company knowing that Allianz is not only a leading global insurer, but a worldwide leader in sustainability,” he said.

Allianz has been hailed as the Most Sustainable Insurer by the Dow Jones Sustainability Index for three years running, because of its various environmental initiatives in different countries.

Allianz PNB Life President and Chief Executive Officer Alexander Grenz, for his part said, “Allianz has taken sustainability very seriously for many years now, even before it has become the ‘buzzword’ that it has become today. In fact it is part of our DNA to protect natural resources, to contribute to a low-carbon economy, and to involve ourselves in projects of environment, social inclusion, and proper business governance.”

Aside from donating to the Green Canopy project, Allianz had made this green initiative of Tan the beneficiary of it’s own environmental advocacies and employment engagement projects in the country. (LT Group)