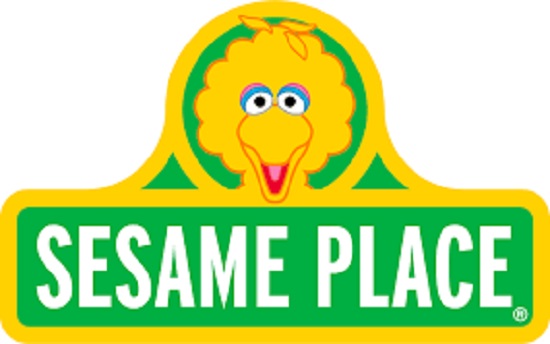 (SDN) — Of the 110 million Filipinos, how many know that a Filipino is the “longest tenured employee” of Sesame Workshop (SW)?

And that she is also to date the highest ranking Filipino at SW, the creator and producer of the highly popular, globally famous Sesame Street children’s TV program.

Perhaps, only very few. Only those who know Ms. Lana Magno Levine, my Journalism classmate (disclosure) at the Faculty of Arts and Letters, University of Santo Tomas (UST), Manila, Metro Manila.

Presently, Lana, as we fondly called her during our school days, is vice president of Finance and Accounting at Sesame Workshop. Remember Ernie, Elmo, Big Bird, etc.?

Here’s what Sesame Workshop, or SW (formerly the American Television Workshop) does, as its website explains plainly:

“Sesame Workshop is an independent nonprofit on a mission to help children everywhere grow smarter, stronger, and kinder.”

As a non-profit organization, Lana says SW is “responsible for the production of several educational children’s programs, including its first and best-known, Sesame Street. The organization is a community of more than 400 people, and they are passionate about helping children worldwide.

So, how did Lana, end up at SW? From Lanao del Norte in Mindanao (Southern Philippines) to the United States.

Of course, it goes without saying that after graduation she hied off to the Land of Milk and Honey, the Melting Pot, to chase the American Dream, that’s been a dream as well of millions of people across the world.

Well, before she flew to the US she worked at Manila Broadcasting Company (MBC), which has a network of radio stations across the Philippines.

Remember the long lines along Roxas Boulevard, Manila, at the United States Embassy, of Filipinos chasing the American Dream, looking for the proverbial greener pasture.

You might have been one of the people who lined up to get a much-sought after US visa.

Lana’s enviable deep entrenchment at SW had won her a prestigious award given out in Paris, France.

That was the “Most Influential Filipina Woman in the World” bestowed by the Filipina Women’s Network in 2019. She was one of the nine awardees.

Her career at SW had its beginnings in 1986 as a data entry clerk in the Talent Payments department.

Lana’s higher-up saw her dedication, commitment and strong work ethic. And the three combination of what a worker must possess enabled her to assume progressively more important roles in the Sesame Street non-profit organization. Until she earned her current position.

Lana is now vice president for Finance and Accounting, and she is responsible for the financial management of SW’s International Media and Education business.

“With over 400 partnerships outside the US and Canada, this group delivers a significant portion of the SW’s $1.4-billion global business at retail.

According to American Johns Hopkins University (JHU) of Baltimore, Maryland, the global infections cases of Covid-19 as of May 5 have spiked to 3,664,143 and 257,303 have succumbed to the viral infection caused by SARS-CoV-2 (Severe Acute Respiratory Syndrome-CoronaVirus 2). SARS-CoV-2, medical experts said, is a related to SARS-1 that emerged to scare the world in 2013.

Worldwide recovered patients’ tally is now at 1,199,439. But perhaps one death is already one too many.

The pandemic is already a hard stuff for adults, what more for kids.

So, with CNN, the Sesame Street gang with Big Bird as moderator aired recently “The ABC’s of Covid-19: A Sesame Street Town Hall for Kids and Parents” to explain in kid-friendly language things about coronavirus.

WJLA.com said Sesame Street has also earned the distinct prestige of being the first TV program to be awarded the Kennedy Center Honors in 2019 along with actress Sally Field and signer Linda Ronstadt and the disco-funk band Earth Wind and Fire.

Over in war-torn Middle East, in Syria, Sesame Workshop and the International Rescue Committee (IRC) haveccome up with an Arabic language version of Sesame Street aimed at helping Syrian refugee children with offerings of educational learning programs, as CNN reported.