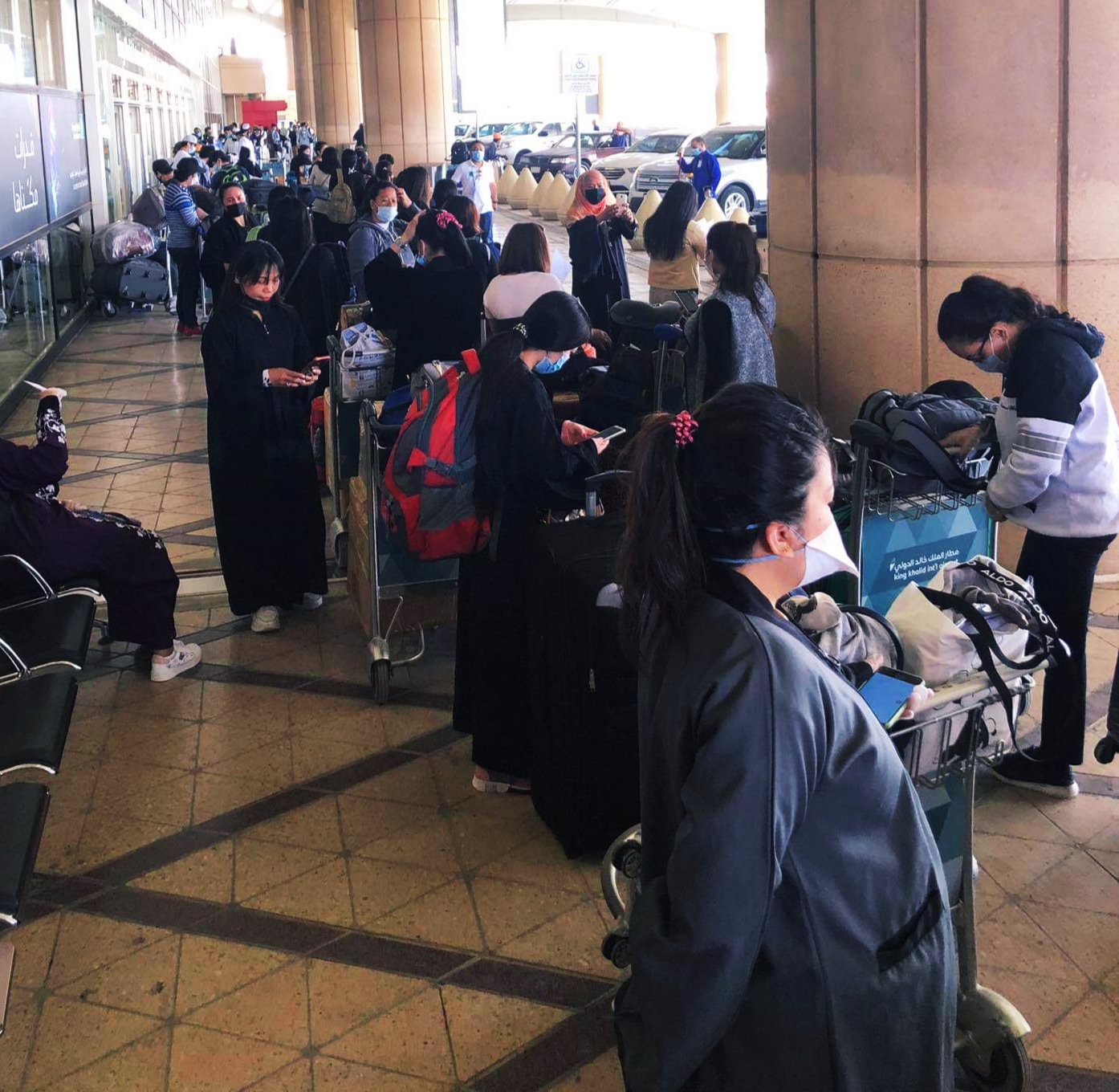 Sources from the Kingdom of Saudi Arabia (KSA) relayed on Sunday, May 17, to SDN — Science & Digital News that 347 overseas Filipino workers (OFWs) are arriving in Manila today, Monday.

They are on board Philippine Airlines Flight PR683 from KSA’s Riyadh, the capital, then proceeded to Dammam, Eastern Saudi Arabia, from where it took off bound for Manila.

The 347 OFWs qualified to avail themselves of the repatriation flight arranged with PAL by the Office of the Undersecretary for Migrant Workers Affairs of the Department of Foreign Affairs (DFA-OUMWA).

On the ground in the KSA, the Philippine Embassy in Riyadh headed by Ambassador Adnan Alonto and the Philippine Overseas Labor Office of the Department of Labor and Employment (DOLE-POLO) Riyadh and DOLE-POLO Dammam handled the repatriation flight.

In a post on Facebook penned under the byline of Chuck Abbas, it quoted the ambassador as saying the 347 Filipinos who qualified to join the coming home journey are OFWs “with exit visa but cannot afford the cost of ticket, and those who are in distressed.”

As the 2019 novel coronavirus disease (Covid-19) global pandemic slash across the world in 188 countries and regions, various governments were compelled to put in place stringent measures such as quarantines and lockdowns that stopped companies and businesses from operating.

Filipinos overseas, particularly the striving OFWs were caught in the global pandemic’s impact. In Saudi Arabia alone, the Filipino community composed of skilled and non-skilled workers are close to 900,000-strong, DFA figures show.

In the Middle East and North Africa, Filipinos are estimated at around 2.22 million.

They are either permanent and temporary residents as well as undocumented/irregular migrants.

Ambassador Alonto said that since the Embassy started the repatriation program to comply with President Rodrigo R. Duterte’s vow to bring home OFWs displaced by the pandemic.

Around 4,000 OFWs have applied for repatriation since the Embassy announced the program to bring home Filipinos working abroar.

Ambassador Alonto called on OFWs who enlisted to the program “to be patient and a bit more understanding. The Embassy and the POLO are doing their best under a very challenging condition to fulfill the President’s promise.”

More repatriation flights are expected to be arranged by the Embassy and the POLO Riyadh.

To prevent the spread and transmission of Covid-19, the government is implementing a stringent 14-day quarantine for all arriving passengers from abroad. (SDN)