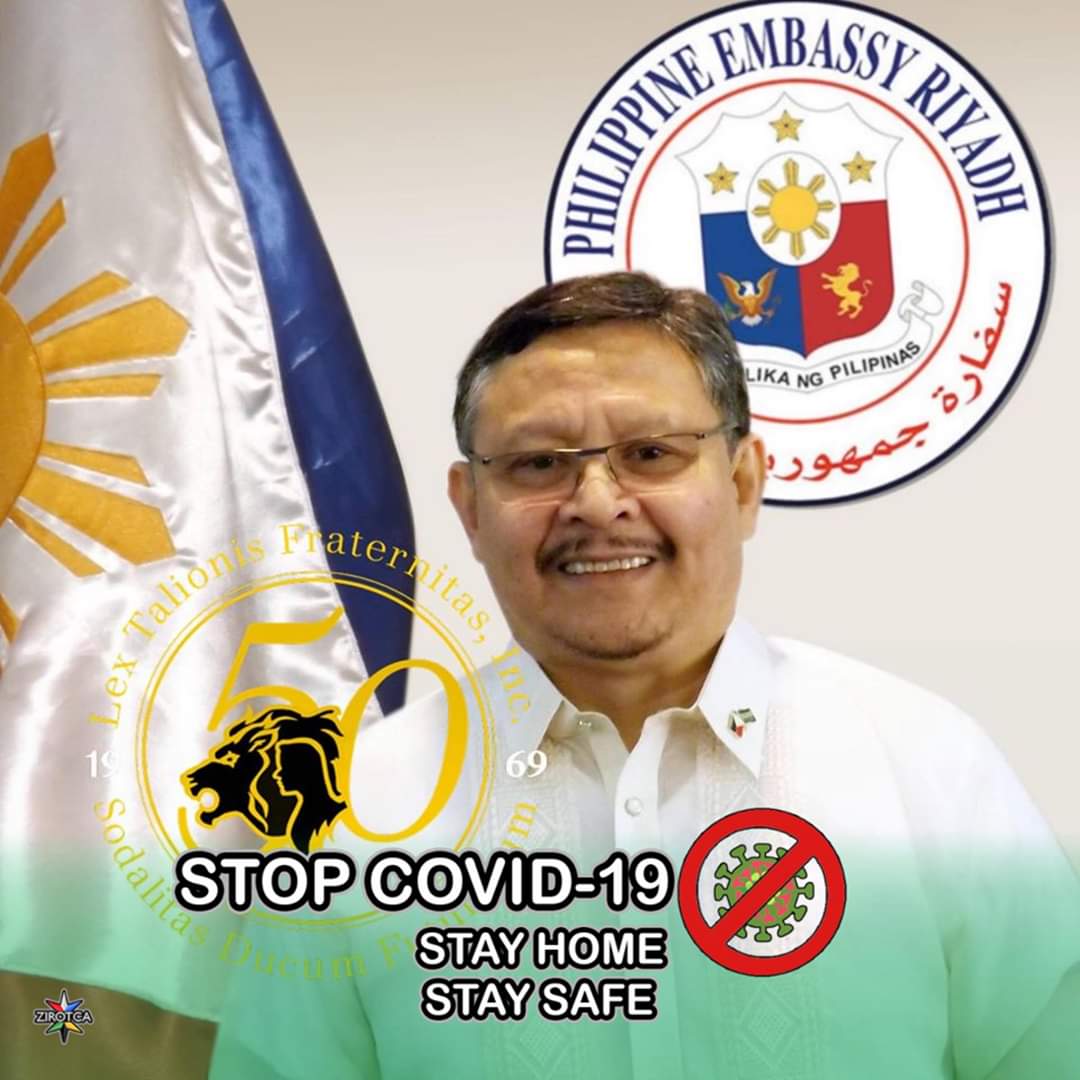 In fact, 347 OFWs will touch homeland again at around 10:20 a.m. at the Ninoy Aquino International Airport (NAIA). Barring any hitch.

They will be onboard a Philippine Airlines (PAL) flight from Riyadh, Saudi Arabia.

SDN — Science and Digital News learned about this from Ambassador Adnan Alonto, the Philippines envoy to the Kingdom of Saudi Arabia.

“We repatriated 346 OFWs, including 3 medical patients, 7 expecting mothers and several male and female wards,” the ambassador told SDN via Messenger.

Ambassador Alonto posted on his Facebook page some of the photographs of the Filipino repatriates. He saw them off at the King Khalid International Airport (KKIA).

He said this is the third repatriation flight from Riyadh.

In a related development, the Philippine Embassy in Riyadh will kick off its a la town hall meeting that will cater to the OFWs in the Kingdom.

Alonto said the “RIYADH TOWN HALL” meeting will have its first edition on June 11 at 12 noon (Manila time).

POLO is under the Overseas Workers Welfare Administration of the Department of Labor and Employment (DOLE-OWWA).

On May 18, Ambassador Alonto and Labatt Mustafa also oversaw and sent off 347 OFWs repatriated by the Philippine Embassy with a chartered PAL flight.

OFWs across the world have been affected direly by lockdowns in their base countries, at least hundreds want to go home as the Covid-19 pandemic continues to sweep the globe.

Saudi Arabia is host to a Filipino community nearing 900,000, according to embassy figures. (SDN)