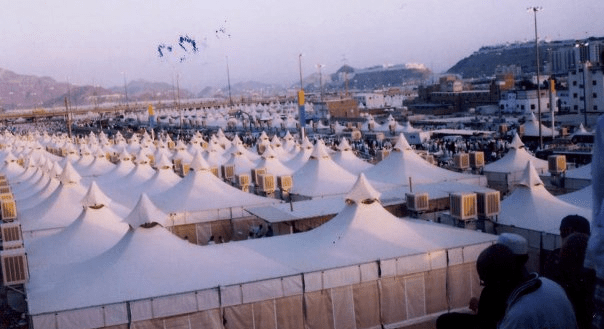 The good news: Pilgrimage this year will be held despite the novel coronavirus pandemic.

Here’s the bad news: ONLY Saudi citizens and other nationalities residing in the Kingdom of Saudi Arabia will be allowed to perform the religious activity. Fear of spreading further Covid-19, the coronavirus disease, limits the number of pilgrims.

That’s the news that came out from the Saudi Ministry of Hajj and Umrah as reported by Arab News, the English language Saudi newspaper.

“A very limited number of pilgrims from various nationalities who already reside in Saudi Arabia, would be able to perform it,” the ministry said.

Hajj will be conducted in July, around three months after the holy month of Ramadan. Pilgrimage is an intense five-day worship perform in Makkah (Mecca), Arafah, Muzdalifah, and Mina.

Annually more than one million pilgrims from around the world come to Saudi Arabia for the fifth pillar of Islam. Some one million are from within the Kingdom, such as Saudi citizens and expatriates.

He asked them to practice “sabar” (patience) as the Kingdom’s authorities finally made a decision.

“We ask our would-be Filipino pilgrims to accept the wise decision of the Saudi authorities in limiting the Hajj this year. Instead, let us say our collective prayer for the immediate end of this pandemic,” Ambassador Alonto, addressing Filipinos who have been earnestly awaiting the pilgrimage, said.

Around 6,000 Filipinos perform the religious obligation every year through the National Commission on Muslim Filipinos (NCMF).

The Moro diplomat from Lanao del Sur noted the Saudi Ministry of Hajj’s reason for a limited number of pilgrims and only those already now in the Kingdom.

“Citing that the health and safety of Muslims are their priority, the Saudi government decided to limit Hajj this year,” he noted.

“Pilgrims outside of Saudi Arabia will not be allowed (to perform the Hajj this year).”

In its statement on the Hajj 2020, the ministry mentioned the spread of Covid-19 to more than 180 countries and the deaths it caused reaching nearly half a million.

The ministry also cited the lack of vaccine and cure against the coronavirus, and the preservation of the security of the global public health as cases continued to increase in many countries.

It emphasized that the decision was taken because of the continued pandemic and the “risks of Coronavirus spreading in crowded spaces and large gatherings.”

And because of the difficulty in implementing social distancing only a “very limited” number of pilgrims will be allowed to make the pilgrimage.

In relation with this development, Egypt supported the Kingdom’s decision as expressed by Minister of Awqaf Mohamed Ali Gomaa.

The five pillars of Islam are Profession of Faith, Five daily prayers, Fasting in, Ramadan, Obligatory Charity, and Pilgrimage. (SDN)

Featured image: Mina, the Tent City, near Mecca, where the Hajj is held along with Arafah and Muzdalifah. (File photo from 2009 by SDN — Science & Digital News)