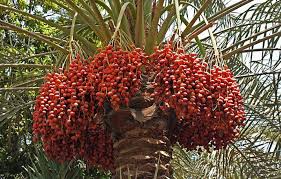 (SDN) — SAUDI Arabia’s dates have arrived and is now in the process of distribution through the National Commission on Muslim Filipinos (NCMF).

Earlier on May 21 the Royal Embassy of the Kingdom of Saudi Arabia signed a deed of donation with the National Commission on Muslim Filipinos (NCMF) to effect the donation of 60 tons of pressed dates.

The donation is from the King Salman Humanitarian Relief and Aid Center of Saudi Arabia, consisting of 1,250 boxes, 10 packs of dates each.

With the arrival of the dates, NCMF Secretary/CEO Saidamen B. Pangarungan ordered the immediate distribution of the sweet palm dates fruit to the commission’s regional and provincial offices nationwide.

He made the order as the holy month of fasting — Ramadan — is about to end in a few days.

Among the over 1,000 boxes of dates from Saudi Arabia. (NCMF)

The NCMF through Dr. Dimapuno Alonto Datu-Ramos, Jr., director of the Bureau of External Affairs (NCMF-BER), announced this through his Facebook page.

He said Pangarungan “graciously accepts the generous donation during Ramadan” as he thanked the Kingdom of Saudi Arabia and Ambassador Al-Bussairy.

Datu-Ramos, the NCMF’s media unit head, said the dates, which local Muslims have been anxiously anticipating, have arrived at the NCMF Central Office in Quezon City after processing with the Bureau of Customs (BOC).

The donation of 60 tons comprised of 1,250 boxes with each box containing 10 packs of dates each. NCMF Administrative Services Director Abdullah Macarimpas received the donation on behalf of Pangarungan and the NCMF.

“The provincial offices will receive 30 boxes each, except for General Santos City which will get 20 boxes.”

​He identified those who are responsible for the nationwide distribution.

The NCMF has contracted logistics firm 2Go to bring the dates to its every destination.

Datu-Ramos cautioned that not every constituent families will be able to receive a pack of dates, adding it will be the regional and provincial directors and officers who are responsible for parceling out the donation in their area of operation.

There are an estimated 10 Muslim Filipinos, thus, it is impossible to give a pack of dates to every family.

Ceremonial signing of deed of donation at Saudi embassy in Makati City. At center is Ambassador Abdullah N.A. Al-Bussairy, to his left is NCMF Executive Director Tahir Lidasan, Jr. (NCMF)

“Aside from the dates, the Saudi embassy had also donated 26 boxes of the holy Qur’an which will be distributed to the regional offices through the Bureau of Muslim Settlements (NCMF-BMS) Acting Director Yasmin Naga,” said Datu-Ramos.

As the month-long fasting season nears its conclusion, the NCMF through its regional offices has intensified its activities in reaching out to its constituents, including non-Muslims.

Distribution of bags of food items by NCMF-Visayas and Turkish foundation. (NCMF)

Meanwhile, the City Government of Zamboanga headed by Mayor Maria Isabel “Beng” Climaco and the its Interfaith Council hosted an iftar along R.T. Lim Boulevard (May 31).

Pangarungan lauded Climaco for her understanding of the spirit of Ramadan and “her tireless efforts in ensuring the peaceful and progressive co-existence of her constituents, and for her respect for the traditions practiced by Muslim Filipinos.”

Here’s the Ramadan activity for the future policemen in pictures:

Ramadan is one of the five pillars of Islam.

The others are Shahaddah (Profession of Faith), Salat (five daily prayers), Zakat (Obligatory Alms or Charity), and Hajj (Pilgrimate to Mecca). (SDN)