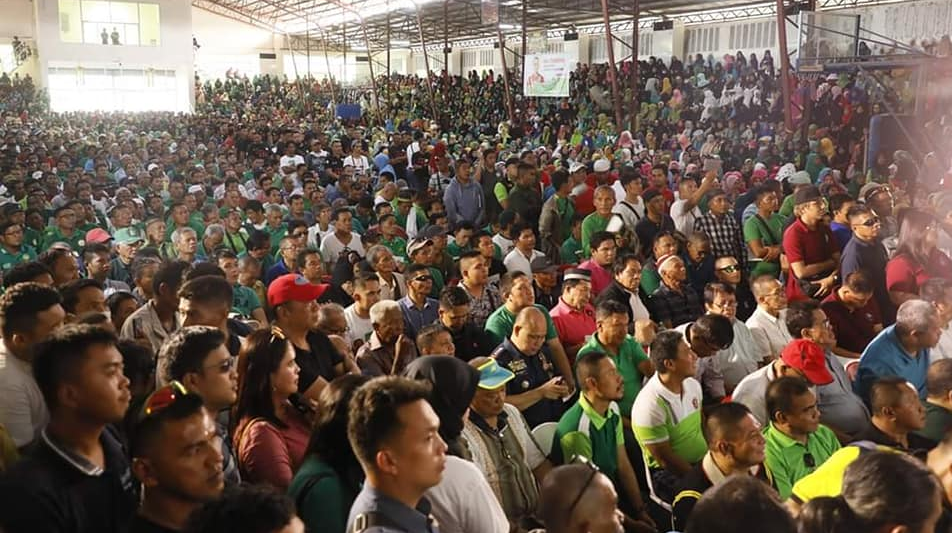 SCIENTISTS and researchers of the Department of Science and Technology (DOST) support the Bangsamoro Organic Law (BOL).

They have spoken up and lent their collective voice in support of the nation’s pursuit of peace and prosperity in  Muslim Mindanao through the BOL’s passage.

They are members of the National Research Council of the Philippines (NRCP), one of the three councils of the DOST. NRCP is “a body of highly-trained scientists and researchers.”

One of its functions is providing advice to the national government on current issues and problems of national interest based on research.

Take note that every resolution that comes out from the NRCP must first be deliberated and approved by its 17-member Governing Board headed by Dr. Ramon A. Razal.

No approval, no resolution.

“After a thorough deliberation, the Governing Board adopted the Statement of NRCP on the Bangsamoro Organic Law and Social Peace,” the DOST’s council said.

In total, the NRCP as of December 10, 2018 “holds more than 4,200 members across the country in different fields of natural and social sciences, engineering and the humanities.”

While expressing its collective voice of support to BOL, the NRCP also recommended five measures, which it said, “are necessary to a healing process and to building a society of peace and development.

Obviously, every statement the NRCP issues carry the weight of its members as a whole.

The NRCP through its Research Information and Dissemination head Maria Elena “Lynn” A. Talingdan sent SDN — Science and Digital News three resolutions, the one on the BOL and the other two Resolution No. 2018-83 on “Adopting the Statement Supporting the Creation of a Department of Culture and Arts” and Resolution No. 2018-87 on “Adopting the NRCP Statement on the Continuing Professional Development (CPD) Bill.”

On the Bangsamoro law (Republic Act 11054), which President Rodrigo R. Duterte signed on July 27, 2018, the NRCP scientists and researchers aligned with the nation.

Peace deeper than absence of war

“We at the National Research Council of the Philippines (NRCP) are one with the nation in the pursuit of peace and prosperity in the Muslim region of Mindanao, forged through the passage of the Bangsamoro Organic Law (BOL). We also recognize that the path to the realization of the BOL is complex and filled with challenges,” the NRCP said.

The Filipino scientists and researchers of the NRCP lauded the BOL “for addressing the root sources of social violence in Southern Philippines.”

NRCP emphasized that “the meaning of peace is deeper than the cessation” of what it described as “militarized encounters.”

The council also noted, citing sources such as Montiel (2012, 2013), Bulatao (1973), and Saber (1969) on their “studies on Mindanao…imply that among Muslims, peace is strongly associated with Muslim culture and land-related debates,” issues which the BOL confronts head-on.

“We note that political transitions anywhere, in any form, carry with them challenges such as reversal of powers to long established dominant groups, or the slow pace of policy execution, or the lack of support from citizens.

“Cognizant of these challenges, those who trust in the pursuit of the BOL see the need to utilize appropriate communal resources during the difficult transition period,” NRCP said.

Comprehensive Agreement on the Bangsamoro

At the same time NRCP said while the BOL gives rise to a form of decentralization through power-sharing between national and sub-national levels of government, it cautioned about difficulties in implementing power-sharing.

“Decentralization presents both opportunities and risks.”

On the other hand, NRCP concluded its statement with optimism.

“The NRCP looks forward to a future where the Bangsamoro Organic Law  indeed serves as an agential instrument for a better life for Filipinos in the Muslim region of Mindanao.”

Embodying all the peace agreements between the two parties, CAB concluded 17 years of protracted negotiations occasionally broken by major wars and skirmishes.

Figures cited by news reports put the number of people killed in the four decades of fighting at over 120,000 and scores of wounded, soldiers, rebels, civilians and other non-combatants.

The people of Mindanao, generally speaking, have placed their hopes on the BOL to finally end the internecine bloodshed pitting Filipinos against Filipinos. (EKU).