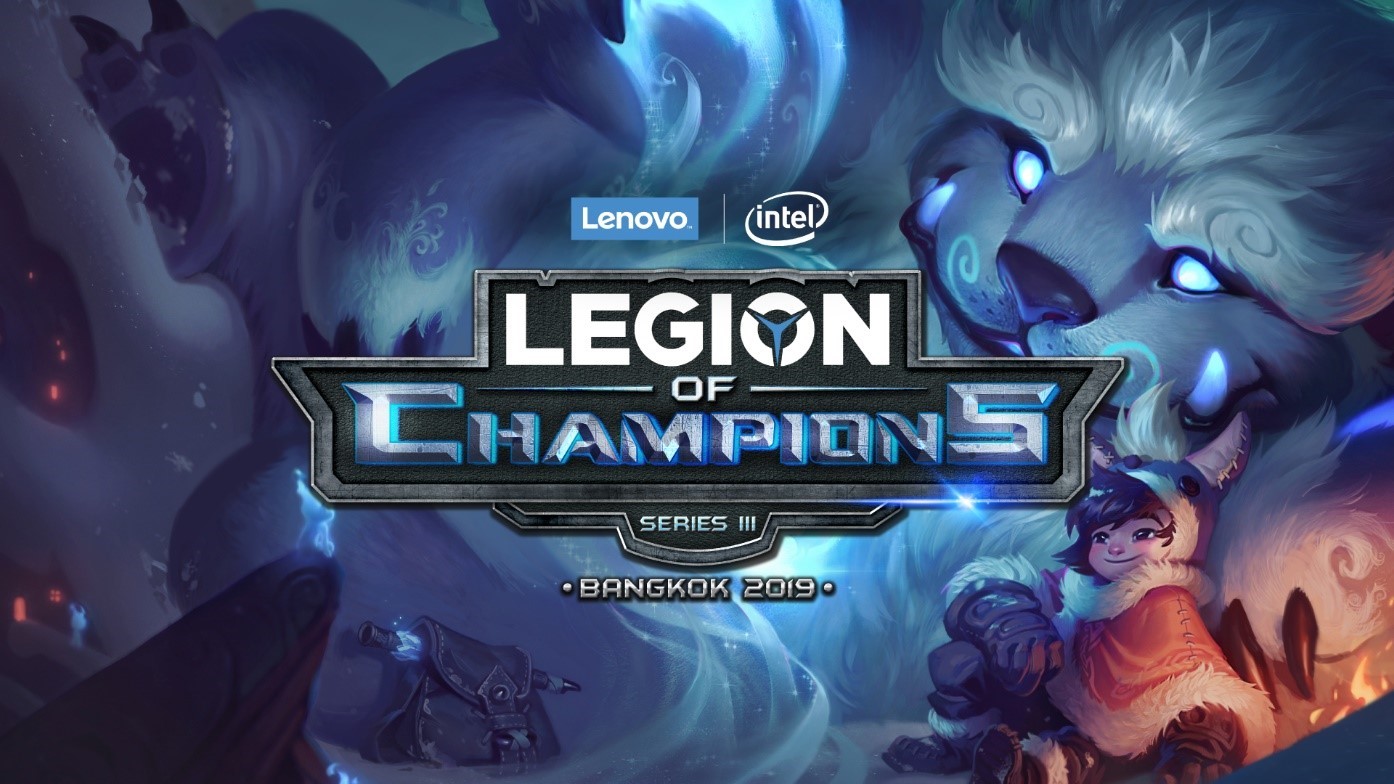 THE battle lines are drawn for the 3rd Legion of Champions (LoC) 2019 Grand Finals.

For the LoC III, Lenovo has partnered with Intel for the staging of the eSports competition on January 25-27, in Bangkok, Thailand,​

Lenovo announced this in an email sent on January 18 to SDN — Science and Digital News.

ArkAngel will compete as the Philippine representative and try to come away victorious and win honors for the country and Filipinos.

ArkAngel will be pitted against 11 team from 11 markets in the region as they battle for glory and the right to the crown as Asia’s gaming champion.

To say that eSports is thriving in the Philippines would be an understatement.

Recall that the Southeast Asian Games 2019 to be hosted by the Philippines will — for the first time ever — include eSports as a medal sport .

Stakeholders in the gaming industry welcomed eSports’ inclusion in the SEA Games as medal event, saying it is an important step towards legitimizing it as a true world-class sporting contest, engaging a new generation of gaming fans.

The inclusion of eSports as a medal event marks an important step towards legitimizing eSports as a true world-class sporting contest, engaging a new generation of gaming fans.

With the partnership with Intel, Lenovo, the world’s leading PC and smart device manufacturer, “this eSports competition will bring together over 60 gaming talents from 11 markets across Asia Pacific, as they seek to be crowned 2019’s LoC III champions.”

The 2019 edition of the LoC has earned the distinction as the “biggest one yet” and includes first-timers India, Japan, and Korea.

Mainstays in the competition are Hong Kong/Macau, Indonesia, Malaysia, the Philippines, Singapore, Taiwan, Thailand and Vietnam.

Gaming groups competed in multiple elimination rounds at the local level. The in-market winners will then face-off in an intense international showdown at Central Plaza Ladprao, Bangkok.

ArkAngel will travel to Bangkok, Thailand, for the LoC Grand Finals. (Image: Lenovo)

“LoC is a testament to Lenovo’s ongoing commitment to foster Asia’s gaming community. With eSports’ meteoric rise in legitimacy and influence in the region, our initiatives seek to further connect like-minded enthusiasts and empower the next generation of gamers,” said Wong.

“Lenovo Legion was designed with gamers’ needs in mind and we will continue to provide the most exciting and relevant gaming experiences and devices.”

“With the rapid growth in eSports and gaming in Asia, Intel continues to support the industry through partnerships with the ecosystem, including global and regional gaming leagues such as Legion of Champions (LoC) with Lenovo, and provide the gaming community with the best-in-class gaming experience powered by Intel technologies,” said Chacko.

Last year’s LoC was embraced by around 7,000 gamers competing in the tournament. There were 20,000 on-site attendees.

Events such as those have become crucial and valuable moments for Lenovo to interact with the community and better understand their gaming needs and motivations.

The evolution of Lenovo Legion has been driven by feedback from the gaming community itself, with its latest innovations offering purposeful design to match the needs of the modern avid gamer – stylish and sophisticated on the outside, yet savage on the inside, delivering supreme performance for work and play.

“Competitive gaming has become a hallmark in the Asia Pacific region and we are happy to say that the LoC has become a major annual highlight that is wholly anticipated and supported by both gaming organizations and fans alike,” he said.

“We’re proud to be part of our local teams’ eSports journey by providing them a platform to enhance and hone their skills.”

They won the grueling five-round qualifying tournament that saw a total of 98 teams participating.

The winning team in the LoC Grand Finals stands to receive the US$7,000 cash prize and US$5,000 worth of Legion Y530 notebooks.

The total combined prize pool of the entire LoC III tournament amounts to US$35,000 (approximately P1,900,000) – the largest of any LoC tournament yet.

Spectators can expect to experience the grit and tenacity of the gamers as they band together to seize the championship title. Those who wish to be part of the excitement may also take part in the Rise of Legion walk-in tournaments, LAN party, and cosplay contests.

The group has already made a name for itself, considering they are relatively new in the eSports scene. (EKU)