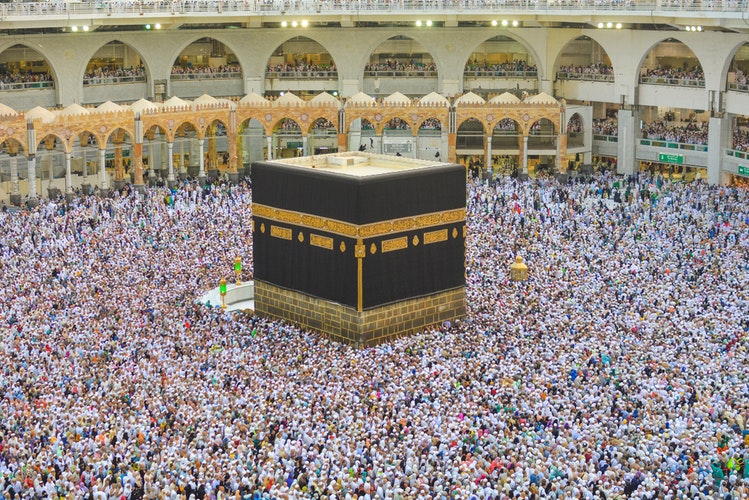 NCMF Secretary/CEO Saidamen Balt Pangarungan announced this today, February 14, before some members of the media at his office along Commonwealth Avenue, Quezon City.

In his visit to Makkah (Mecca), Saudi Arabia, late last year, Pangarungan convinced the Ministry of Hajj to waive its two-airlines policy for the pilgrimage, and allow a third airline for Filipinos. The Saudi government granted the request.

NCMF Secretary/CEO Saidamen B. Pangarungan announces a breakthrough in lower Hajj 2019 fee and airfare, which is lower by Php30,214 compared to Hajj 2018. (EKU)

With the third airline, which is Oman Air, the NCMF was able to lower the hajj fees and airfare.

The NCMF secretary also announced that for this year, Filipino pilgrims will be accommodated only in 4-star to 5-star hotels in Madinah and Makkah.

“There will also be sufficient shuttle service to and from Masjid El Haram (Makkah Grand Mosque). Everyone is assured that the past experience of substandard hotel accommodations for Filipinos will never be experienced again,” said Pangarungan.

Apparently, one very important is the lowering of the two-way airfare. Pangarungan credited the administration of President Rodrigo R. Duterte.

“Most importantly, the fee for Hajj 2019 has been significantly reduced. In the Hajj 2018, the fee paid per pilgrim reached Php197,000. For this year, the Duterte Administration was successful in reducing the fee to Php166,786 per pilgrim,” he emphasized.

Pangarungan also called on intending pilgrims to observe the final and last day — March 20, 2019 — of the registration for Hajj 2019 with all the NCMF’s 11 regional offices across the country, except North Luzon, South Luzon, and Visayas Region.

The deadline covers payments and registration. After March 20, no cancellation and no refund of Mutawiff will be allowed for those who registered but will not proceed to perform the pilgrimage.

As of today, the NCMF said at least 1,000 have already registered for the pilgrimage.

The NCMF secretary said pilgrims will be able to avail themselves of the Php166,786 hajj cost if they book with Oman Air. He said the fee “translates to a reduction of Php30,214 per pilgrim.”

“It is my honor to announce to the public that under the leadership of our beloved President Rodrigo Roa Duterte, there will be changes for the benefit of the public in the annual Hajj or pilgrimage to Saudi Arabia,” he said.

Pangarungan noted that while Hajj 2019 fee and airfare for the Philippines was reduced in coordination with the Saudi Ministry of Hajj, other countries such as Indonesia, Malaysia, and Turkey raised their pilgrimage fees.

“This reduction of hajj fees is unprecedented. For the first time in the history of the annual hajj, the fee is reduced,” he said.

On behalf of the government and local Muslims, Pangarungan also expressed thanks to the Royal Embassy of the Kingdom of Saudi Arabia in the Philippines under Ambassador Abdullah Bin Nasser Al Bussairy for the embassy’s facilitation of the pilgrimage every year for Filipinos.

Hajj, the Islamic pilgrimage is the fifth pillar of Islam, of which every adult Muslim is obliged to performance once in a lifetime.

Here is the complete Hajj 2019 Schedule of Fees and Airfare as released by the Bureau of External Relations(NCMF-BER) from the Bureau of Pilgrimage and Endowment (NCMF-BPE):

A pilgrim has the option what airline to take.

Meanwhile, here are the travel agencies the accredited by the NCMF for booking of pilgrims for their flights to Saudi Arabia and Philippines:

The travel agencies are all members of the International Air Transport Association (IATA). ((EKU)

This story was updated to include the travel agencies, and may receive more updates.