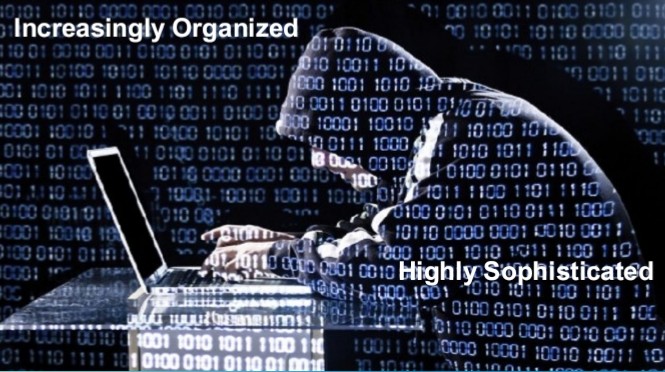 Introduced to the Philippines by United States-based Palo Alto Networks, one of the world’s leaders in cybersecurity, Cortex is positioned as “the industry’s only open and integrated, AI-based continuous security platform.”

On cyberspace (as in the physical world) the battle between the forces of good and the henchmen of evil continues unabated. An online battle does not spill blood, but it claims millions — even billions — in American currency; people’s personal information like bank details, transactions; company secrets; and government’s highly-guarded national security plans and, well, secrets.

It is safe to say there are hundreds of cybersecurity companies based across the world, everyone jockeying to get organizations’ — private and public — attention as they offer their services.

Experts say that awareness of cybersecurity has increased tremendously. But awareness does not mean protection from data breaches.

Ironically, the increase in awareness is being triggered by high-profile cybersecurity attacks in recent years, or months, in spite of enhanced security platforms organizations have adopted and implemented.

Would that lead to the thought that a cybersecurity platform is only as good until the next big data breach launched by cybercriminals?

But as one Israeli cybersecurity expert told SDN — Science and Digital News recently, the bad guys operating online are always one step ahead of cybersecurity warriors. Or, else, they would be in jail.

Which leads to Palo Alto Networks’ apparent attempt at trying to get a step ahead of cybercriminals before they can wreak havoc on businesses’ best-kept data troves.

Filipino executives of the California-based cybersecurity firm — Oscar Visaya and Marc Lainez, Palo Alto Networks Philippines’ country manager and systems engineer, respectively, acknowledged that they were not claiming Cortex is a “silver bullet” against online attacks.

To be fair, so far no cybersecurity company has claimed to have designed a security platform that can be said to be the silver bullet to end all cyberattacks.

Visaya and Lainez met some members of the Philippine media during their company’s Cybersecurity Forum Philippines 2019 which revolved around the theme “Disrupting the Cybersecurity Status Quo” at Makati Shangri-La Manila in Makati City on April 4.

Suffice it to say that, as Lainez emphasized, Palo Alto Networks is leveraging some of the latest technologies available to help organizations thwart attacks.

He said Cortex musters the power of artificial intelligence (AI) and machine learning (ML) and use them to protect organization from online attacks.

As an open platform, Cortex, he added, “intends to become a marketplace for future cybersecurity innovations.”

As the company explains, “Cortex is a significant evolution of the Application Frameworks, designed to simplify security operations and considerably improve outcomes.”

Palo Alto Networks has deployed Cortex across the world through on a “scalable public cloud platform.”

What it does, the company said, is it “allows security operations teams to speed the data analysis of massive data sets…enabled by the Cortex Data Lake,” which gives customers the opportunity to “securely and privately store and analyze large amounts of data that is normalized for advanced AI and machine learning to find threats and orchestrate responses quickly.”

Visaya said noted the increasing vulnerabilities and security breaches looking in the cyber horizon because of cybercriminals’ continued use of sophisticated tactics in launching their attacks.

He said these cyberattacks result in companies losing not just their money but also their reputation.

However, the two also noted that the more complex an organization’s cybersecurity plans, the more that it leads to lesser security.

Citing a study, they said 99 percent of firewall breaches will be caused by misconfiguration, thus complexity impairs security.

The 2018 Study on Global Megatrends in Cybersecurity by Ponemon Institute also blames on customer’s fault (95 percent) cloud security failures, again apparently because of complexity.One sad part is that “confidence is slipping” among IT security professionals, who have become “more pessimistic about their ability to protect their organizations from cyber threats.”

In fact, as the study points out, citing Gartner, less than 50 percent of those surveyed IT security practitioners “believe they can protect their organizations against threats.”

“Today, we are pleased to introduce the significant advancements that use the power of advanced artificial intelligence and machine learning to help organizations detect, protect, and respond to sophisticated attacks across enterprises, spanning networks, cloud and endpoints,” Visaya told the journalists at Makati Shangri-La, Manila.

On the other hand, Traps 6.0, which is an endpoint protection and response is embedded now with Behavioral Threat Protection engine that stops advance threats in real-time by switching together a chain of events to identify malicious activity. It added that Traps 6.0 acts as the ultimate data collection sensor for Cortex Data Lake, as it gathers the most comprehensive endpoint security data in the industry.

Cortex, which represents a new approach to detection and response, is aimed at “helping organizations protect themselves against cyberattacks more effectively,” Palo Alto Networks made clear.

Information provided by the company gives a peek at its current standing in 2019: