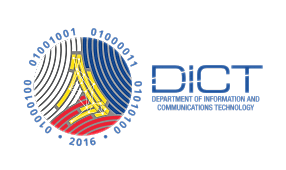 (SDN) — Cybersecurity in the Philippines has received another boost.

The shot-in-the-arm comes from a government partnership with Cisco, one of the world’s leaders in technology.

To implement this objective, the Department of Information and Communications Technology (DICT) signed on April 11 a Memorandum of Understanding (MOU) with Cisco to collaborate and strengthen the state of cybersecurity in the country.

In an email received by SDN — Science and Digital News, it was learned the two parties through the MOU have committed to enhancing the cybersecurity of the government’s Critical Information Infrastructure (CII).

The benefits going to the DICT will come from the in-depth research from Cisco’s wide telemetry of threat intelligence and leverage the information to better protect the government and the country’s critical infrastructure against emerging cyber threats.

Since its establishment in May 2016, DICT has been focused, among others, as its top priority the improvement of cybesecurity capabilities across the Philippines.

Under the leadership of Rio, the DICT emphasized this mandate even more when it launched on May 2, 2017 the National Cybersecurity Plan (NCP) 2022.

The five-year NCP is in response to the urgent need to protect Filipinos and the country’s CII, government networks, small and medium enterprises (SMEs), as well as big businesses and/or enterprises from cyber threats.

The creation of the NCP is geared towards:

Part of the MOU says the DICT and Cisco will collaborate on specific programs to build up cybersecurity skills and capabilities in the Philippines, with the aim of enhancing the capacity and sophistication of cyber threat defenders in the country. Cisco has been playing an active role on this front.

​DICT and Cisco have signed a Memorandum of Understanding (MOU) on April 11 for the latter to help the Philippine government boost its cybersecurity standing amid increasing attacks across the world. In the photo, from left are: Kerry Singleton, Cybersecurity, Advanced Threat Solutions, Asia Pacific, Japan and China at Cisco, Department of Information and Communications Technology (DICT) Acting Secretary, Eliseo Rio Jr., Miyuki Suzuki, president, Asia Pacific, Japan and China at Cisco, and Karrie Ilagan, managing director at Cisco Philippines. (DICT photo).

Over 5,800 students in the Philippines have undertaken Cybersecurity courses under the academy to date, with almost 400,000 students trained since inception under the broader ICT curriculum offered through the Networking Academy.

Rio welcomed the partnership with Cisco.

“As the Philippines continues to push towards digital transformation, we are committed to ensure that we build our cybersecurity capabilities accordingly. This not only includes adopting the right technologies, but also building the local talent pool in the sector.

“For this all stakeholders from government, to industry and educational institutions need to work together. Our partnership with Cisco will play a key role in making our cyberspace safe and resilient,” the DICT acting secretary said.

Ilagan is just as welcoming of the partnership, as she spoke about the vital need for digital transformation in the country’s march towards economic upswing.

“Digital adoption and innovation are playing an important role in boosting the growth of the Philippines economy. As technology become an integral part of businesses and consumers, and we embark on digitizing the entire country through projects like smart city initiatives, the reliance on data and connectivity will continue to rise,” she said.

“The success of this digital transformation hinges in large part on the Philippines’ ability to tackle the cybersecurity threat. We are delighted to have the opportunity to partner with DICT and play our part in improving the country’s cybersecurity resilience.”

It can be recalled the DICT on January 16, 2019 also launched the Cybersecurity Management System Project (CMSP) in Mandaluyong City.

The CMSP serves as the “government’s national platform for intelligence sharing to comprehensively monitor threats and defend the country’s cyber infostructure (information infrastructure) from cyberattacks.

“This kick-off for the CMS Project is a great cue for us to keep taking bold actions in this gargantuan task of safeguarding our citizens in the cyber realm,” he said at the launch held at EDSA Shangri-La Hotel.

In relation with this, DICT Acting Secretary for Cybersecurity and Enabling Technologies laid down the first phase of the of the CMSP, saying it will cover 10 government agencies initially already identified as priority agencies for monitoring cyber threats emanating from the Dark Web as a way to support law enforcement authorities, defense, and drug enforcement agencies functions as required.

As part of the NCP 2022, the CMSP is aimed at building the country’s resilience. The NCP’s vision is for the Philippines to attain the state of having a “Trusted and Resilient Infostructure.” (SDN)

Cisco (NASDAQ: CSCO) is the worldwide technology leader that has been making the Internet work since 1984. Our people, products, and partners help society securely connect and seize tomorrow’s digital opportunity today. Discover more at newsroom.cisco.com and follow us on Twitter at @Cisco.