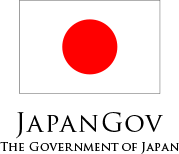 DIPLOMATS play a key role in promoting their respective government’s foreign policy agenda across the globe. More importantly, they serve as bridges of peace, understanding and cooperation between their country and other nations.

One such diplomat is Takehiro Kano, the outgoing deputy chief of mission of the Japanese Embassy in the Philippines. During his posting in the country, Kano has been instrumental in deepening diplomatic, socio-cultural and economic ties between Japan and the Philippines.

In his solidarity message during the Commemorative ceremony for the 74th Anniversary of the Leyte Gulf Landings last year at the MacArthur Landing Memorial Park in Palo City, Leyte, he declared:

“We shall not forget that the peace and prosperity we enjoy today was built upon the precious sacrifices of those who gave their last full measure of devotion.”

“All countries which are represented here today share and cherish fundamental values such as freedom, democracy and the rule of law and are fully committed to supporting and strengthening a rules-based international order,” Kano added.

The envoy has traveled to various parts of the Philippines to oversee the various development programs being carried out by the Japanese Government here. More importantly, he has helped oversee Japan’s initiatives to help strengthen the Bangsamoro peace process in Mindanao.

Kano’s outstanding contributions were formally recognized by Presidential Peace Adviser Carlito Galvez Jr. during a recent farewell dinner with the Japanese diplomat who is set to leave the country for another foreign assignment.

“For years, we saw the strong commitment of the Japanese government to help advance further the peace process in Mindanao. In particular, Japan is actively involved in terms of providing the needed resources as well as giving crucial advise to help bring progress to the communities affected by conflict,” Galvez said.

He noted the programs and projects being implemented by the Japanese government in the Bangsamoro region and other areas in Mindanao support the common goal of the two nations, which is to bring sustainable and enduring peace in Mindanao and to the whole country.

Kano, who paid an exit call to Galvez last June 14, reaffirmed Japan’s continuing support to the Philippine government in finding a genuine and long lasting solution to the armed conflict in Mindanao.

Japan is among the Asian countries which have over the years been supporting the peace process between the Philippine government and the Moro fronts through its active involvement in peace-building efforts in the south.

Since 2006, the Japanese government through its Japan-Bangsamoro Initiatives for Reconstruction and Development or most commonly known as J-BIRD, has provided a total of Php13-billion worth of projects to the Bangsamoro area.

This year alone, the Japanese government is supporting a US$1.7-million project for the Agricultural Training for the Establishment of Peace in Mindanao. The initiative will be implemented in partnership with the Food and Agriculture Organization (FAO).

Speaking on behalf of the Japanese Embassy, Kano said Japan is eyeing to provide resources for the establishment of the Joint Peace and Security Teams (JPST), which shall serve as the operating units of the transitional components of the Normalization Phase.

JPST falls under the security component of the Normalization Track. Its other components include socio-economic development, confidence-building measures, and transitional justice and reconciliation.

Galvez, who was with President Rodrigo R. Duterte during his state visit in Japan late May, said the bilateral meeting between the two countries largely focused on the peace process in Mindanao.

“Mindanao peace process entered into a new stage with the establishment of the Bangsamoro Transition Authority (BTA) last February. In the initial stage, I believe the priority lies in the strengthening of the administrative capacity of the Transition Authority and the facilitation of disarmament of soldiers of the Moro Islamic Liberation Front,” Abe said after the meeting with President Duterte. (OPAPP)