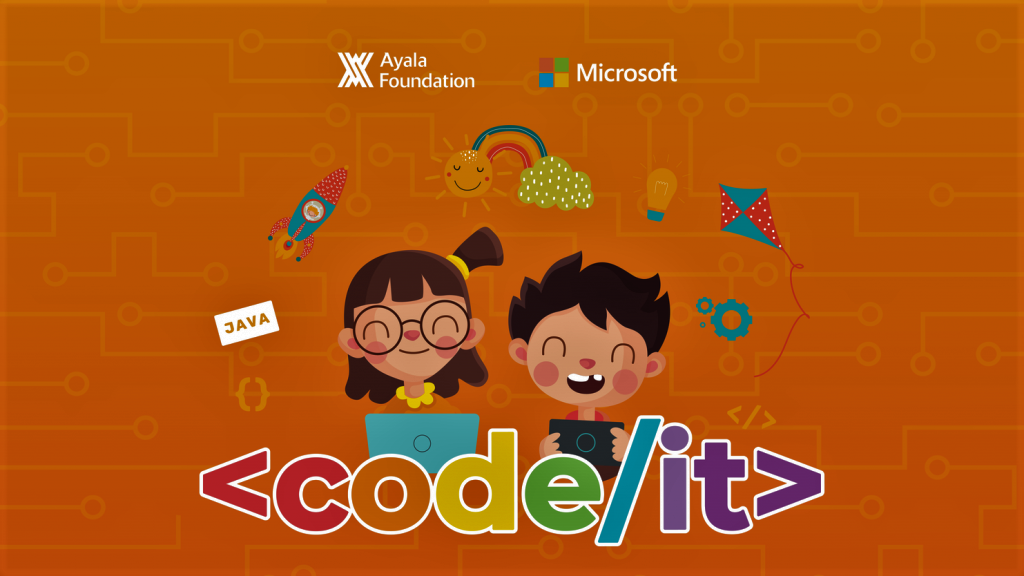 THE jobs in the workplace of the future will be vastly different from the traditional ones we are familiar with today.

In fact, studies show that 65% of current students will be applying for jobs that do not even exist yet, most of which will be shaped by the rapidly-expanding field of digital technology.

This is why computer science education plays an increasingly critical role among the youth, and why bridging the “digital divide” should be a top priority for any developing country as it leads to better prospects for social relevance and economic opportunity in underserved communities.

To help address this digital divide, Ayala Foundation officially launched its latest digital education project <code/it> in a ceremonial signing event on May 14.

Conceptualized by Ayala Foundation and in partnership with Microsoft Philanthropies for the launch of the pilot program, <code/it> will introduce computer science concepts and skills training to Filipino school children in underserved communities. Also working closely with the Department of Education (DepEd), Ayala Foundation aims to make an impact on the lives of at least 4,000 students from public elementary schools nationwide.

“We are happy to see that through the foundation and like-minded partners, we are continuously able to deepen the positive impact to our communities,” said Jaime Augusto Zobel de Ayala, chairman and CEO of Ayala Corporation and co-chairman of Ayala Foundation.

The project’s curriculum will be designed by subject matter experts and will be implemented using a two-pronged approach.

A first wave of public school teachers and support staff will be trained initially and they will in turn train a second wave of teachers in their respective schools in order to scale up the impact of the project more efficiently. The computer science and coding lessons will be integrated into the curriculum of grades 3-6.

Students will not only learn how to use various coding platforms, they will also get to develop skills like critical thinking, problem-solving, logical reasoning, creativity, and innovation. In addition to the training for the teachers, the program will also provide the equipment and tools needed to convert concepts into practical learning that will make the lessons more relevant and engaging for the students.

“Ayala Foundation actively supports the continuing growth and development of our teachers and students in the public school sector,” said Ayala Foundation President Ruel Maranan. “Through digital education brought by <code/it>, we are equipping our students and teachers with the necessary tools and skills that will help them remain relevant in an increasingly competitive and fast-changing digital world.”

“We, at Microsoft, recognize the importance of developing our academic curriculum in order to include new courses that would help Filipino students be future-ready,” Microsoft Philippines General Manager Andrés Ortola said. “Through this partnership, we hope to empower the young generation with skills that would allow them to easily adapt and leverage artificial intelligence in their future careers.”

CodeIt will be piloted in 12 public elementary schools nationwide starting this June. With high hopes for a successful pilot program, Ayala Foundation hopes that it can expand and scale up this program significantly with continued strong support from technology partners like Microsoft Philanthropies and other corporate benefactors.

As the social development arm of the Ayala group of companies, Ayala Foundation envisions communities where people are creative, productive, self-reliant, and proud to be Filipino. Ayala Foundation’s main program areas are Education, Community Leadership, Suitable and Sustainable Livelihood, and Arts and Culture.