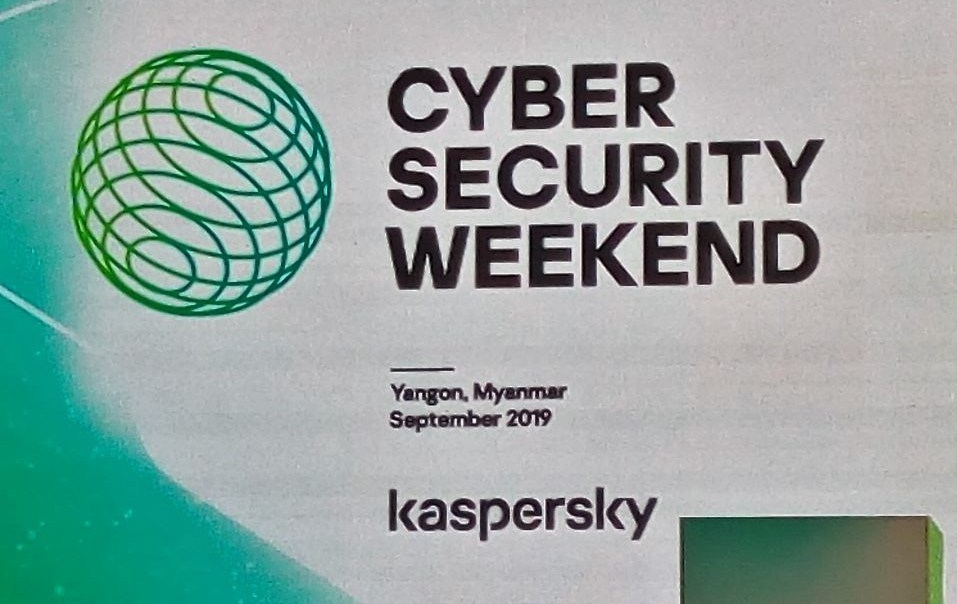 The Russian firm invited journalists from Asia Pacific (APAC) to the CSW during which its “cyber avengers” — security researchers — from its Global Research and Analysis Team (GReAT) presented various studies and findings on security.

Meanwhile, a Kaspersky executive commended the Philippines for its initiatives in fostering awareness concerning cybersecurity and its dangers.

YANGON, Myanmar (SDN) — AS far as initiatives in spreading knowledge on cybersecurity, the Philippines is one of the countries doing well.

He granted a 20-minute interview at the sidelines of the Kaspersky Cybersecurity Weekend (CSW) 2019 conducted in this country, a member of the Association of Southeast Asian Nations (ASEAN).

The Russian cybersecurity vendor held the event which revolved around the theme, “Cybersecurity: Healing the Healthcare Industry.”

While the country is one of the countries across the world with the highest incidence of web attacks, the Filipino nation is also doing its share in educating and informing its citizens about online security and the perils it entails.

“(The) Philippines is one of the highest attacked countries. Mainly, it is because the population is very young, there are lots of smartphone users, there are lots of internet savvy users that led to the attacks,” Siang points out.

On the other hand, he commended the Department of Information and Communications Technology (DICT) for its education drive on security.

“In terms of awareness, you can see the DICT is very active to educate, to inform. They go from one town to another to educate people about cybersecurity. I think, that’s very, very good,” the Kaspersky executive says.

“In fact, I have not seen other countries doing a systematic approach. You don’t see them going to the countryside, going to the remote cities.”

Siang said awareness in urban areas is OK, but in the remote areas there a lot of things that needs to be done.

On the other hand, he attributed the high incidence of web attacks in the Philippines to the young internet-savvy population that has lots of smartphones.

“If your country has many young people, internet-savvy, if I take a spray gun and spray, I will (hit) more Filipinos. That’s a very likely scenario.”

“With more and more healthcare organizations in APAC moving beyond digitization and rallying towards the latest innovations, it is no wonder that the appalling incidents of breaches are grabbing media headlines in the past few months,” he notes.

Chang said the conference’s aim was to get a better understanding of and discuss cyber operations’ implication to human lives. Of every human being, you and me.

He said Kaspersky’s security researchers were tasked to talk on different subject matters on cybersecurity.

Amid the rising attacks on the healthcare sector because of the high value of medical data and information — patients’ data particularly, Siang’s has some advice to the Philippines health sector players.

“If I may say, they should start with the right structure, the right approach. First, is to have their focus on cybersecurity, knowing they could be potentially hacked.”

Then, form a team, which should at least be a security team with a CISO (chief information security officer), who looks at the entire organization wholistically to decide what to do next, and have a road map.

Siang said awareness is only one part of being security resilient. There is also the matter of technology.

For awareness, he pointed out, it should not only be with the IT people in healthcare establishments.

There are many people who use hospitals’ medical equipment, which poses a challenge. Users can be hospital staff, contractual staff, or outsiders.

With hospitals using more and more equipment or devices that are being connected to the internet, they need to defend these Internet of Things (IoT) devices, such as MRI, among others.

Siang said Kaspersky, on the other hand, has three-year and five-year cybersecurity platforms that organizations like healthcare institutions may avail themselves of.

In going after cybercriminals, he said, it is an unending chase.

“It is always a catch-up game. We will catch up with cybercriminals, they will learn and we will try to catch up (with them) again.

“There will never be end in catching the criminals, or the police will be out of job.”

Siang is a frequent visitor to the Philippines. (SDN)