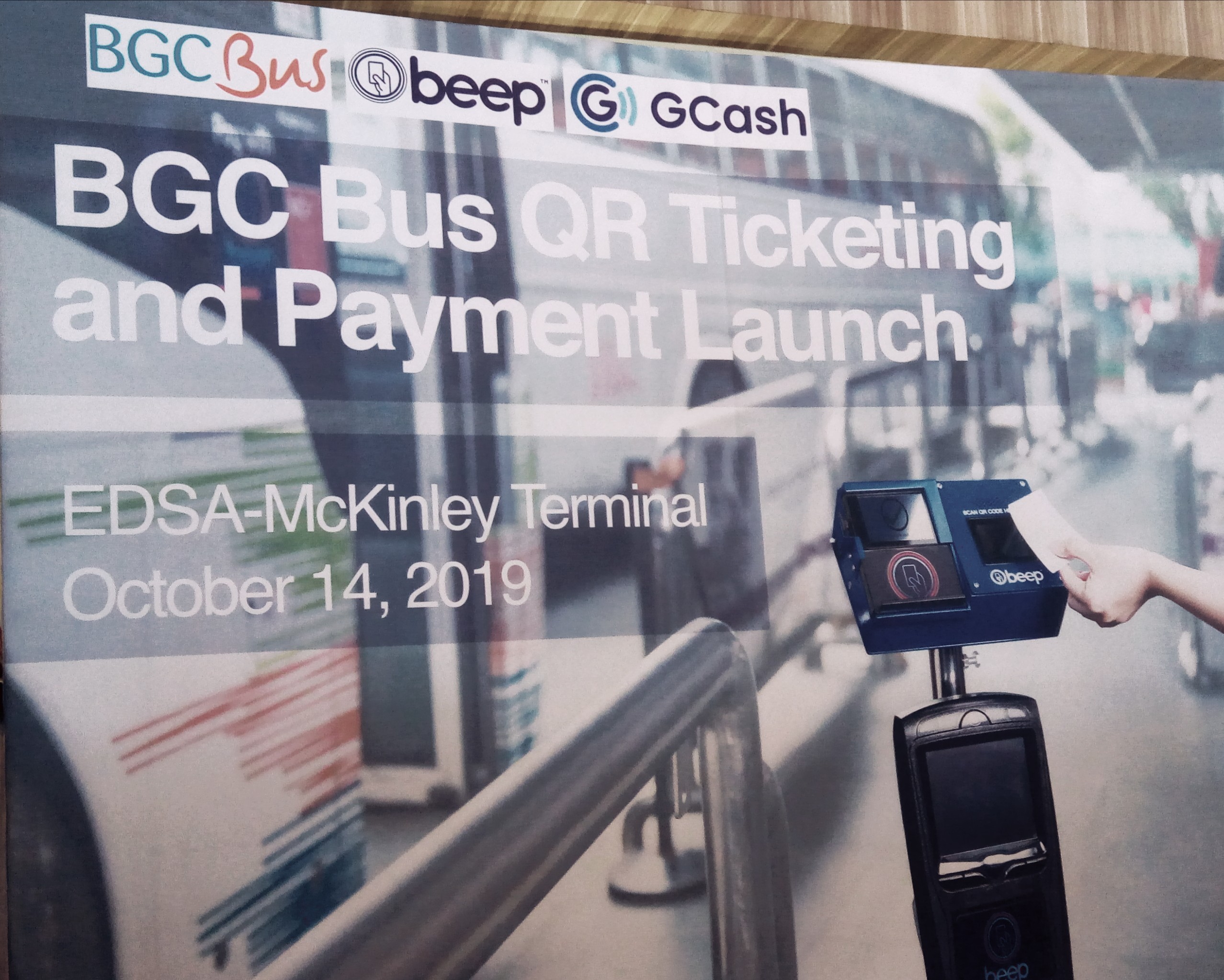 (SDN) — IF you have a smartphone, chances are you may have used a QR code paying for goods, or services.

So, what are “QR” codes, and what it stands for. “QR” means Quick Response and originated “from Japan where they are very common,” says Search Engine Land.com.

“They are used to take a piece of information from a transitory media and put it in to your cell phone,” the site said.

QR codes are also being used in the Philippines like any other country in the digital age.

But it will be the first time QR codes will be used for transportation ticketing in the country.

On October 14 this month, AF Payments’ beep and GCash announced their partnership to establish and implement the scheme in the country for Bonifacio Global City (BGC) Bus and Topline Express Ferries in Metro Manila and Cebu province, respectively.

Hence, the two transport companies will shift to the use of QR code technology for payment and passenger ticketing.

AF Payments is recognized as the company that modernized payment and ticketing in transportation using beep. With GCash, it will implement the Philippines’ first QR code transport ticketing system in the Philippines.

In a statement, Joey Lim, who chairs the Board of AF Payments, Inc., hailed this as a milestone.

“This is a new era in transport ticketing. It’s a smart solution where both operators and commuters enjoy the efficiency and ease of use associated with QR technology. We are grateful to our partners for supporting the initiative and hope to replicate the same elsewhere in the Philippines,” he said.

“We are proud to say that our technology is developed in the Philippines, by Filipinos, for Filipinos. To accelerate the growth of QR ticketing and payments in the country, we are opening our QR ticketing ecosystem to other market players.

“We invite transport operators, payments companies and developers to work with us in widening the reach of QR ticketing,” he said.

For the benefits of commuting public

The company explained further what QR codes are.

It described a QR code as a two-dimensional barcode that stores information designed for rapid reading by a QR reader. For transport ticketing, this enables quick passenger validation and entry into the paid or boarding pass.

The partnership between beep and GCash is a boon for the country’s e-wallet customers, what with the former’s 6.5 million beep cards circulating in the market and the latter’s more than 20 million account holders Philippine-wide, giving passengers additional options to pay and get tickets for their daily commute.

And it’s what BGC Bus has been aiming for.

“The goal of BGC Bus is to make it easy and convenient for visitors, residents and workers in Bonifacio Global City to get around and navigate the area. We operate a systematic, efficient and affordable transportation system for the city and are constantly looking for ways to improve our service,” said Bonifacio Transport Corporation General Manager Jun Galvez.

“We believe that QR ticketing and payments will improve not only in speed of boarding but also offer our riders more options for payment. We are happy to be the first bus company in Metro Manila to have this new system.”

“We are very excited to be the pioneer marine transportation partner in Cebu. Topline believes in enhancing the commuter experience. Passenger safety and convenience are a priority to us, so this is a much needed development that will greatly benefit the riding public, said Eugene Erik Lim, president/CEO of Topline Express Ferries. (SDN)