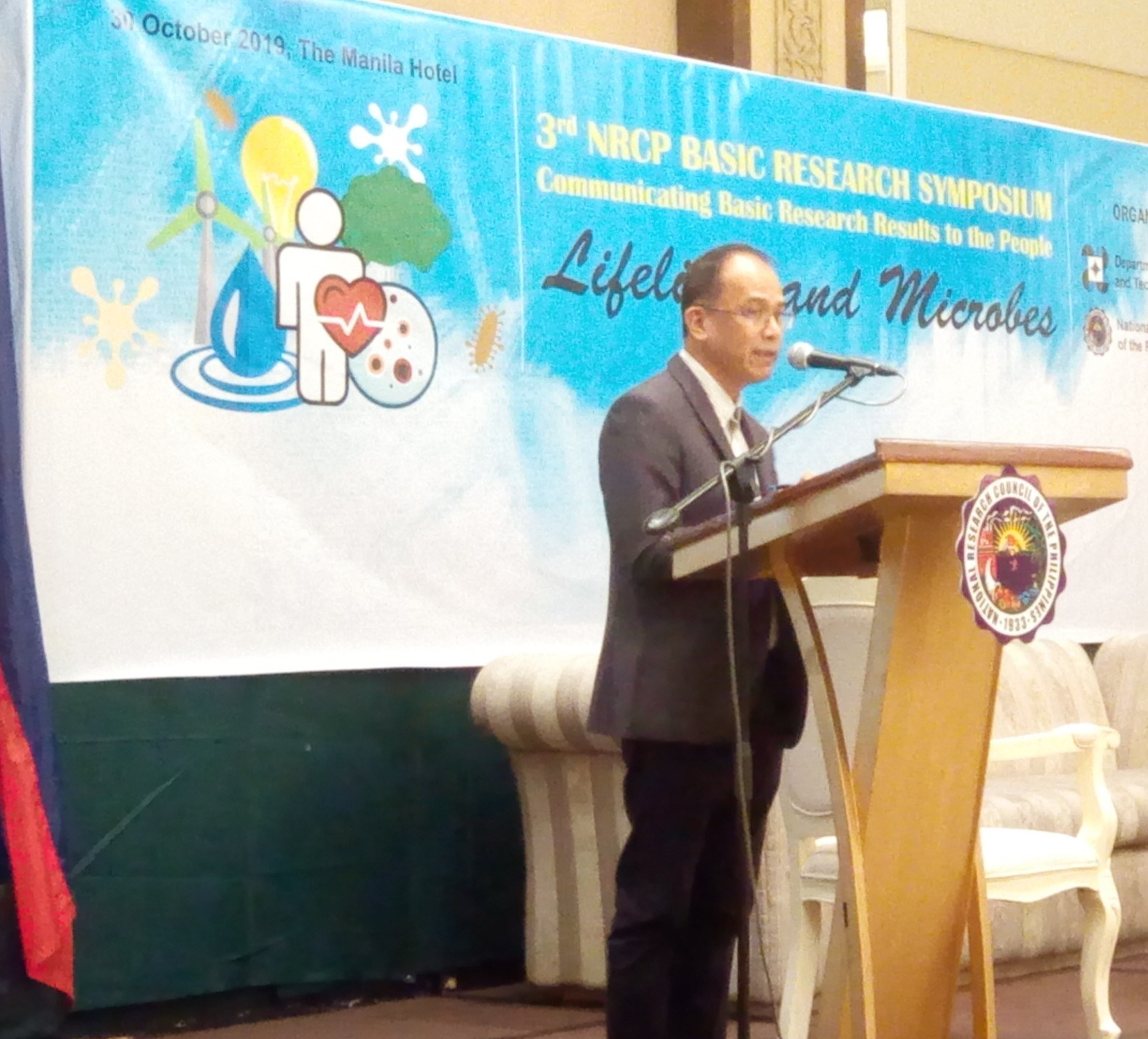 Dr. Ramon A. Razal, president, National Research Council of the Philippines (NRCP), batted for a pool of professional science communicators who understand science so they can easily and effectively bring the message that researchers and scientists want to convey.

The NRCP head said while researchers may help in relaying the results of their studies to the people, communications is not their strongest suite. Besides, if researchers go to communities to speak with people, that will take them out of their laboratories where they are most needed.

Dr. Razal said the media and professional science communicators are better equipped to spread the message of researchers. Government can also help in providing more funds for scientific endeavors, including for communications.

The no-show description refers to the popular Mayor Francisco “Isko” Moreno Domagoso, chief executive of the City of Manila.

Sources told SDN — Science and Digital News he had confirmed he would attend — but could be late at — the 3rd Basic Research Symposium (BRS) organized by the National Research Council of the Philippines of the Department of Science and Technology (DOST-NRCP) headed by Dr. Ramon A. Razal, president.

It was held on October 30, 2019, at the landmark Manila Hotel, Rizal Park, sort of a stone’s throw away from the City Hall of Manila, Metro Manila, where he holds fort.

The sources at the event attended by hundreds of budding young student researchers from Metro Manila’s universities would have been a nice venue for the mayor, a former movie actor who metamorphosed into an accomplished politician, to touch base and inspire them with his idealism and no-nonsense leadership.

Did not matter if Moreno speaks science or not, but his presence among some of the country’s brightest students would have made a difference. Accomplished researchers and scientists from the academe also participated in the event.

Science Secretary Fortunato T. de la Peña came all the way from another DOST event in Cavite, but braved the exhausting traffic grid and made sure he did not miss the symposium and the researchers’ company at the Manila Hotel. He could have opted to not come; his excuse would be valid. But he came.

De la Peña thanked the participants for their presence.

From Saint Paul University Manila included Chinese students led by Linlin “Lily” Liu, who in China is a nine-year professor at Guang Xi University of Chinese Medicine after completing her master’s degree.

Liu told SDN — Science and Digital News they are furthering their studies in the Philippines. She and her fellow Chinese students attended the DOST-NRCP symposium in relation with their subject in Trends and Issues in Nursing Education under Prof. Dr. Portia Zoleta Vitug at Saint Paul Manila. Liu is studying for her doctorate degree (Ph.D) in Nursing Education.

Information filtering at the symposium indicated the Manila mayor was making his usual inspection rounds of crowded Manila. Sometime between 2 p.m. and 3 p.m. his people thought he was already at the NRCP conference.

Alas, Moreno did not show up. The organizers also requested for his video message to the BRS participants if he can’t come. None either.

The NRCP, one of the three DOST Councils, through researches it is funding formulates policy recommendations submitted to Malacañang, Senate, House of Representatives, and other entities for possible source of legislation and policies addressing some of the pressing problems the Philippines and Filipinos are facing day in and day out.

De la Peña, who did not show being tired from his Cavite to Manila journey lauded the NRCP for the conduct of the BRS, saying basic research is important and also paves the way for Applied Research (AR).

The DOST chief relayed the department’s linkages with science institutions abroad, among them, in Iran, China, South Korea, and many others, for sharing knowledge and best practices in research. (SDN)

This article was updated to correct and add more information on the Chinese students at Saint Paul Manila, Nov. 1, 2019, 9 a.m.