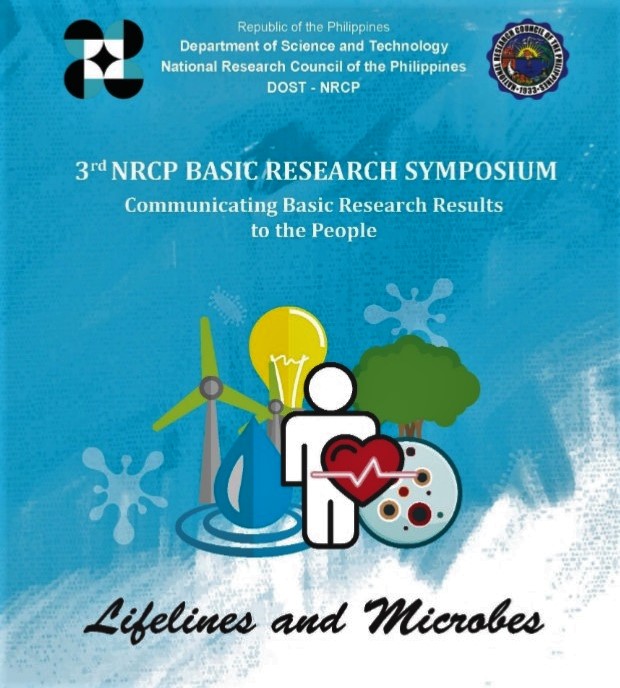 He will deliver the keynote address for the 3rd Basic Research Symposium (BRS) at the landmark Manila Hotel, Rizal Park, Manila, Metro Manila.

The Department of Science and Technology through its National Research Council of the Philippines (DOST-NRCP) invited him to speak at the event. He gave commitment he would be attending, the event organizers said.

For the activities, the scientific event will highlight good “microbes and lifelines.” To be presented are six DOST-NRCP projects on microbes, clean water and clean energy. The DOST-NRCP headed by Dr. Ramon Razal, president, organized the event.

Themed “Communicating Basic Research Results to the People: Lifelines and Microbes”, this year’s BRS will focus on two sub-themes: 1) Microbes: The Positive and Negative Impacts to Agriculture, Industry, Health, and 2) Pharmaceuticals and Lifelines: “Safe” Potable Water and Green Energy.

Each sub-theme highlights various research-based information on how people can benefit from microbes, be assured of drinking water that is free from disease-causing pollutants, and how to generate environment-friendly energy.

The DOST-NRCP BRS aims to communicate basic research findings and new knowledge generated to the people in most graspable manner.

Microbes: The Positive and Negative Impacts to Agriculture, Industry, Health, and Pharmaceuticals

There are several microbes causing infections that can weaken, impair, and kill. But, there are also bacteria that fight against it. To better understand and appreciate microbes, three projects will be presented in the most popular and simple terms:

3) The Bad Bacteria studied by Dr. Windell L. Rivera of University of the Philippines Diliman.

The researchers are all NRCP members.

‘YORME’ MORENO. Former actor now Mayor Isko Moreno of the City of Manila has been setting trends in his cleanup of crowded Manila. He will talk science at the DOST-NRCP symposium of basic research today at Manila Hotel. (Photo: Wikipedia)

Another DOST-NRCP member has come up with new research-based information that detects the various elements present in water systems.

Find this out through the project “Development of a Low Cost and Portable Electrochemical Sensor for Heavy Metal Detection in Water by Dr. Shirley T. Palisoc of De La Salle University Manila (DLSU-M).

Solar, wind, hydropower, geothermal, and biomass energy are all alternative energy sources that are safe to the environment.

Two clean energy sources will be highlighted in the symposium:

Mayor Isko Moreno’s presence is a highlight of the symposium as Keynote Speaker.

One thought on “Mayor Isko Moreno at DOST Symposium Today”