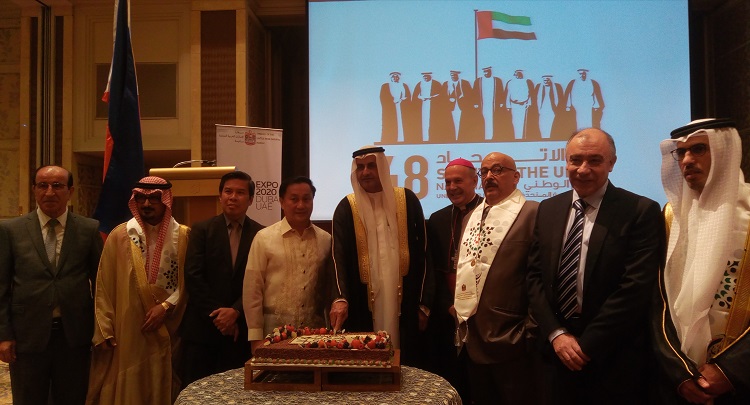 In the Philippines, the UAE Embassy-Manila led by Ambassador Hamad Saeed Al-Zaabi led the festivities, which was duplicated across the world where the Arab federation has a diplomatic mission.

The UAE 48th Foundation Day came amid the Federation’s hectic preparations for the Expo 2020 Dubai to be held on October 20, 2020 to April 10, 2021. Countdown for the World Expo, projected to become the globe’s biggest party on Earth, started on October 20, 2019.

Dignitaries who joined the celebration included Assistant Secretary Leslie J. Baja, head of the Office on Middle East and African Affairs (OMEAA) at the Department of Foreign Affairs.

The late UAE President Sheikh Zayed bin Sultan Al-Nahyan, along with other leaders, founded the UAE Federation on December 2, 1971.

Here’s the 4th UAE National Day in Manila in photograpsh: