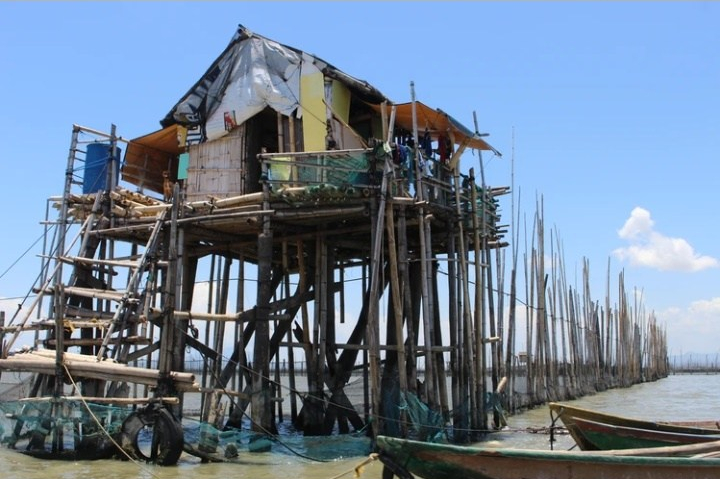 LAGUNA Lake, if it were a human being, would have cried help.

A study has revealed that pollutants have been established to be present in the lake, the likes of “antibiotics, steroid hormones, industrial chemicals, fecal bateria, protozoa, and heavy metals.”

The Department of Science and Technology (DOST) on Friday, January 10, announced the presence of the pollutants during an event at the University of the Philippines Diliman (UPD), Quezon City, a presentation of studies conducted by UPD scientists on the lake’s condition.

This revelation has prompted the Philippine scientific community to sound the alarm and do something to arrest pollution.

Wikipedia describes Laguna de Bay as the country’s largest lake, which is on the east of Metro Manila nestled in the provinces of Laguna to the south and Rizal to the north. Its surface area is estimated at 911-949 square kilometers, having a depth of 2.8 meters on average.

The Innovation Council of the DOST, Philippine Council for Industry, Energy and Emerging Technology Research and Development (DOST-PCIEERD), said a group of UPD scientists conducted a year-long study on the condition of the lake and its selected tributaries.

Concerned with the findings, the DOST and the scientists called for “the extensive monitoring of the lake against potentially harmful pollutants like antibiotics, steroid hormones, industrial chemicals, fecal bacteria, protozoa, and heavy metals.”

One piece of good news, according to PCIEERD, headed by Executive Director Dr. Enrico Paringit, is that most of the uncovered pollutants “are still within the limits of the water quality standards as set forth by law.”

The detection of the pollutants, the Innovation Council emphasized, calls for further studies of the lake to come up with a more comprehensive data.

Dr. Mylene G. Cayetano, an Institute of Environmental Science and Meteorology (UP IESM) professor, cited the significance of the study.

“The study, which established lower concentrations of pollutants when compared to other parts of the world, is a good start for more in-depth studies,” Cayetano, who led the third team of scientists that studied the presence of heavy metals in the fishes of the Laguna de Bay, pointed out.

PCIEERD, in collaboration with the Laguna Lake Development Authority (LLDA), commissioned the study dubbed Program SCALE conducted by the UP scientists. SCALE stands for Synergistic Capacity Advancement in the Management of Laguna Lake.

Dr. Maria B. Espino of the Water Research and Management Laboratory of the UPD Institute of Chemistry piloted SCALE Project 1.

Her team studied the lake’s level of steroid hormones such as estradiol and estrone, and industrial chemical plasticizer bisphenol A, which are known endocrine disruptors; among beta-lactam antibiotics such as cefalexin and penicillin G; and heavy metals such as arsenic, chromium, nickel and copper.

The Project 1 researchers added that heavy metals arsenic, chromium, nickel and copper were consistently detected with concentrations up to 0.007 mg/L, 0.004 mg/l, 0.003 mg/L and 0.015 mg/L, respectively. These levels of heavy metals are below the water quality guidelines for Class C waters as provided in DENR (Department of Environment and Natural Resources) Administrative Order 2016-08. However, higher concentrations of arsenic, up to 0.1 mg/L, were found in the south bay of the lake near Los Baños.

Scope of Project 2 is the Microbial Source Tracking in Laguna Lake and Selected Tributaries. The study revealed that based on the presence of fecal bacteria Escherichia coli and Bacteroides species, domestic source contributes the most fecal contamination, particularly human origin in most river tributaries. Among the animal sources, swine and duck feces are abundant in the rivers of Sapang Baho in Cainta, Rizal, and in Pila, Laguna.

The Project 2 results corroborated the findings that zoonotic pathogens like Cryptosporidium species from humans, swine and poultry are detected in five river tributaries — Bagumbayan, Biñan, Sta. Rosa, Sapang Baho, and Pila. Giardia spp. were also detected in all tributaries, namely, Bagumbayan, Mangangate, Sapang Baho, Tunasan, Biñan, Pila, San Cristobal, and Sta. Rosa. Presence of these intestinal protozoan parasites may pose a threat to water safety and human health since Laguna Lake serves as a catch basin. Consistently, Bagumbayan River has been marked to be the most contaminated among the sampling stations.

Cayetano led SCALE’s Project 3 which studied trace metals and organics in commodity fishes of the lake: method optimization, extent of contamination and health risk due to fish intake.

Project 3 results showed that 0.43mg/kg was the average lead (Pb) concentration detected in bangus (milkfish) from Biñan but below the detection limit for the samples from Pila. For tilapia, the lead average value of 1.10 mg/kg and 0.48 mg/kg were obtained from Biñan and Pila, respectively. For cadmium, Biñan samples have an average concentration of 0.04 and 0.24 for the tilapia and bangus, respectively.

Cadmium content in bangus from Pila is 0.20. It also noted that the mean arsenic content in bangus samples remains high on both dry and wet season, and higher than the tilapia. The daily human intake of lead and cadmium in tilapia and bangus does not exceed the guideline limits set by the World Health Organization (WHO), and the Food and Agriculture Organization (FAO). For the arsenic content in bangus, higher daily consumption (90th percentile) exceeded the United States Environmental Protection Agency’s oral reference dose, while the daily intake of arsenic in tilapia does not exceed the oral reference dose of the US EPA.

For safety, the study recommended the daily human consumption of bangus from Pila and Biñan at 875g and 800g, respectively, for mean arsenic content. (PCIEERD)

Featured image of Laguna Lake with a makeshift hut courtesy of Unsplash by Fax Franco.