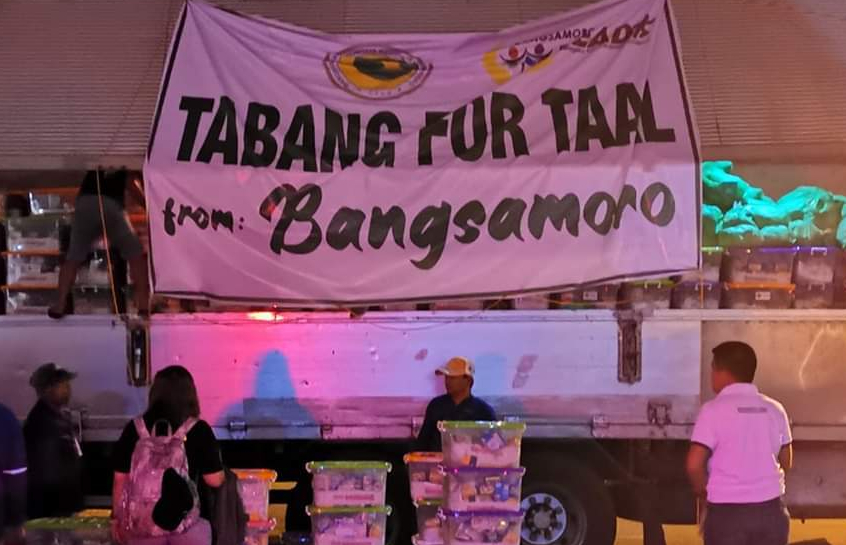 For some 130 “bakwit” families from Marawi City, Lanao del Sur, around 600 individuals, who fled the 2017 Marawi Siege or Battle of Marawi, the saying is true.

The Maranao evacuees have found sanctuary in Batangas province, settling in the towns of Lemery, Laurel, and Tanuan to pick up the pieces of their tattered life in Marawi.

Many of them were children still too young to comprehend what happened, and have no clue of what’s about to befall them again.

Little did they know they were in for a double whammy. The man-made calamity they suffered and endured in their hometown would be replicated by a natural disaster in their new found hometowns.

On January 12, the Moro “bakwits,” apparently settled in their new surroundings, gain have to flee for their lives as Taal Volcano erupted, vomiting ash as high as nine kilometers resulting in the evacuation of hundreds of thousands of people living in the 14-kilometer radius of the volatile volcano.

Minister Naguib Sinarimbo, head of the Ministry of Interior and Local Government of the Bangsamoro Autonomous Region in Muslim Mindanao (BARMM-MILF), and head of Bangsamoro READi, on January 24, a Friday, led a convoy of vehicles from Mindanao, bringing relief goods to Taal Volcano evacuees.

No less than BARMM Interim Chief Minister Ahod “Al-Hajj Murad” B. Ebrahim sent off the convoy of vehicles from Southern Philippines to Northern Philippines, a South-to-North mission of mercy and brotherhood.

He said the Marawi Siege evacuees suffered a “double whammy of misfortune” — fleeing from the almost five-month long war in the Islamic City, and again forced to abandon their abode where they settled in Batangas because of the volcano’s phreatic convulsion.

Siblings Mohammad Reihan Radia and Hafizah Radia are two of the many children from Marawi City, whom Sinarimbo saw in Lipa City, where the Moro evacuees sought sanctuary from the eruption.

“They escaped the Battle of Marawi, and now they again have to flee because of Taal Volcano. It’s a double whammy for them,” the BARMM minister and spokesman said.

Sinarimbo noted that the BARMM READi also provided assistance in Marawi in November 2017. He recognized some of them who are now in Batangas.

But the Radia family from Lemery and the rest of the Moro two-times “bakwit” have no plans to return to Marawi.

The young siblings’ mother, Nasbiah Radia said “they are not going back to Marawi City even when they are surviving on relief assistance” because they have nothing to return to, everything was destroyed in the fighting.

They are part of the 300 families who escaped the Taal Volcano eruption now staying in Lipa City.

He brought more than 50 tons of relief goods, including medicines, hygiene kits, and head-covering or hijab for the Moro evacuees.

“Filipinos are brothers, they have one country, one nation. They may have different religions.

“Religions should be a vehicle for unity, solidarity and compassion; not a fuel for disunity and misunderstanding,” Sinarimbo emphasized. (SDN)