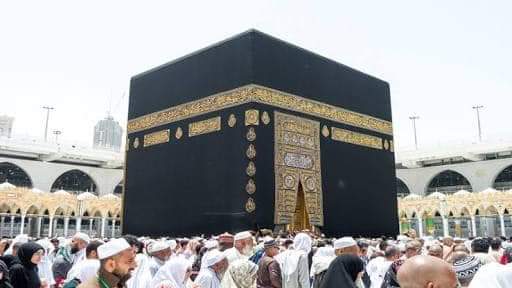 With the international round-trip ticket, the PAL management is offering a free two-ticket domestic fare for Filipino pilgrims.

It means that any pilgrim who will book with PAL for the hajj trip bound for either Madinah or Jeddah from Mindanao, the domestic round-trip ticket is free.

The National Commission on Muslim Filipinos (NCMF) through Director Malo Manonggiring relayed this information to SDN — Science and Digital News.

On the other hand, via Oman Air from Manila-Muscat-Madinah and Jeddah-Muscat-Manila the round-trip hajj fare stands at Php49,016 ($963).

As this developed, President Rodrigo R. Duterte has once again designated NCMF Secretary/CEO Saidamen Balt Pangarungan the “amerul hajj” (head of Philippine Hajj Mission) to the Kingdom of Saudi Arabia. He was also last year’s amerul hajj in consonance with the NCMF Charter, Republic Act No. 9997.

In the documents that Manonggiring, acting director of the Bureau of Pilgrimage and Endowment (NCMF-BPE), provided, it was learned the Hajj Mutawiff Fees (Hajj Service Fees) is at Saudi Rial (SR) 8,862.59, roughly equivalent to $2,369.68. In dollars to pesos at the NCMF-pegged rate of $1 to Php50.09, the equivalent is around Php120,616.71.

On February 10, Pangarungan convened a meeting with representatives of airlines and travel agencies to fast-track the preparations for this year’s pilgrimage to Mecca (Makkah), Saudi Arabia.

He met them at the Office of the Secretary, NCMF, Jocfer Building, Commonwealth Avenue, Quezon City, Metro Manila.

Earlier, Executive Director Maria Theresa Lazaro of the Department of Foreign Affairs (DFA) informed Pangarungan about the approval of an NCMF request for “courtesy lanes” for intending pilgrims applying for passports.

“We shall follow the same guidelines we used last year for the accommodation of passport applicants joining the hajj in various DFA Consular Offices,” the DFA official said.

The DFA acted on the request of the NCMF for the re-opening of hajj courtesy lanes that will help expedite pilgrims’ applications from February 3 to March 31.

NCMF Secretary Saidamen B. Pangarungan in this file photo from the commission presents a plaque to Saudi Arabia Ambassador to the Philippines Abdullah N.A. Bushairy.

In addition to the courtesy lanes, Lazaro also assured that the DFA will provide at least one passport processing centers “on wheels” to be stationed in strategic areas the NCMF will identify.

Pangarungan called on passport applicants who plan to join this year’s pilgrimage to visit the nearest NCMF field offices in their locality to be kept informed with updates on the pilgrimage.

In attendance included “sheikhs” (pilgrims’ leaders or guides) as well as representatives of PAL, Saudia, travel agencies, and the Muslim Consultative Council (MCC) of the cities of Pasay, Caloocan, Mandaluyong, and Manila.

The Hajj is the fifth obligatory pillar of Islam. First is Profession of Faith; second, Salat (five daily prayers); third, Sawm or Ramadan Fasting; and fourth, Zakat or Obligatory Charity.

Adult Muslims are obliged to perform the pilgrimage once in their lifetime.

(Information provided by Dr. Dimapuno Alonto Datu-Ramos, Jr., director of the Bureau of External Relations of the NCMF.)