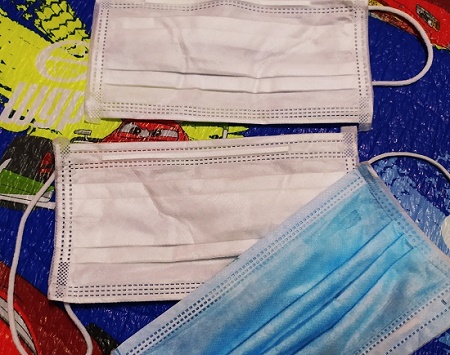 MANILA (SDN) — Through to its roots as humanitarian society, the United Arab Emirates (UAE) has rescued 215 Arab nationals from Wuhan City, the epicenter of the 2019-novel coronavirus (2019-nCoV) in Hubei province in China.

This was learned from the UAE Embassy in the Philippines headed by Ambassador Hamad Saeed Al-Zaabi.

The ambassador relayed this to some Filipino journalists, saying the evacuation conforms with the humanitarian roots of the Emirates, a legacy of UAE founder and late President Sheikh Zayed bin Sultan Al-Nahyan.

Newspapers in the UAE also reported on the extraction of the Arab nationals from Wuhan City, the ground zero of the SARS-CoV-2, the virus of COVID-19 now slashing through more than 100 countries.

Hesitant at first, the World Health Organization (WHO) was forced, nevertheless, to declare the new viral affliction a global pandemic following more than 100,000 confirmed cases and over 3,000 deaths.

UAE health authorities brought the evacuated Arabs to the Emirates Humanitarian City, which was created in just two days.

At the newly-minted healthcare facility, the evacuees are undergoing medical testing and monitoring to ensure their health and safety.

The humanitarian initiative for Arab nationals from UAE’s neighboring and friendly countries followed the directives issued by President His Highness Sheikh Khalifa bin Zayed Al-Nahyan and His Highness Sheikh Mohamed bin Zayed Al-Nahyan, Crown Prince of Abu Dhabi and Deputy Supreme Commander of the UAE Armed Forces, to establish a healthcare facility designed to provide individual living in neighboring Arab countries with the necessary monitoring and preventative medical care after their evacuation from Wuhan City.

It was learned that the Emirates Humanitarian City has been established adhering to the highest standards to facilitate high-quality care for individuals admitted, ensuring their privacy and dignity are maintained through their stay.

As with cases around the world where there are persons under observation, the individuals will undergo a 14-day quarantine period during which they will undertake the necessary medical and laboratory tests, and be monitored to ensure their health and safety.

The Emirates Ministry of Foreign Affairs and International Cooperation (MOFAIC) and the UAE Embassy in China have coordinated with the embassies of te countries concerned to organize the evacuation process as part of the UAE’s continuous efforts to enhance cooperation with the Chinese government to contain the spread of the virus.

Some of the evacuated Arabs are Sudanese students studying in Wuhan City.

Sudan’s Ministry of Foreign Affairs (MoFA) expressed thanks and gratitude to what it lauded as sisterly Emirate” for the mercy flight.

“The Ministry of Foreign Affairs would also like to take advantage of this opportunity to express its sincere thanks and appreciation to the leadership and government of the sisterly state of the United Arab Emirates for its help and assistance in this regard and under these circumstances and for hosting the returning students during the quarantine period,” MoFA said in a statement as reported by the Sudan News Agency (SNA). (SDN)