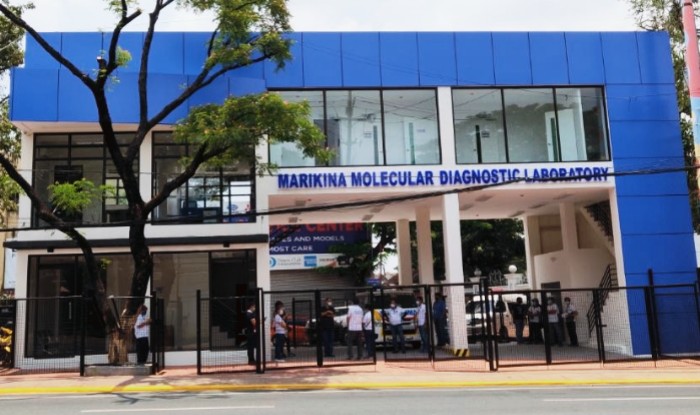 Marikina City Mayor Marcelino “Marcy” R. Teodoro has just shown his fellow mayors how to do it.

Despite odds and uncertainties of having his turf’s own Covid-19 Testing Facility, he plodded on. He was unmindful of a Department of Health (DOH) which gave him a hard time; maybe because of the weight of DOH’s burden in this critical times.

To be fair, the health chief was gracious in acknowledging his disagreement with the mayor over the facility. Teodoro even received a well-deserved apologies from Duque as reported by GMA 7’s “24 Oras” evening newscast.

That was on Friday, April 17. It was a day of triumph for Marikina City, its chief executive, and the city’s residents. Add to that the national government’s heightened campaign to stop the spread and transmission of the coronavirus disease that has already killed thousands of people across the world since it broke out in Wuhan City, Hubei Province, China.

It’s the the desire to help the government that prompted Teodoro to build a testing facility for his constituents and lessen the national government’s burden.

He also indicated his willingness to accommodate residents of neighboring LGUs. Who can beat that humanitarian heart.

One of his guests was Junjun” Ynarez, former mayor of Antipolo, Rizal.

The opening followed the recommendation of the Inter-Agency Task Force for Emerging Infectious Diseases (IATF-EID) for its accreditation by the DOH.

And, finally, Teodoro and Duque had a meeting of minds.

Duque even praised the facility as one that will serve as model for other LGUs. One of the best laboratories, he said.

In saying this much, the health secretary emphasized that health workers who will man the facility must complete their training before they could process test samples of Covid-19 from those being tested.

Teodoro’s people undergoing the required training are expected to complete this weekend and, perhaps, they can begin their critical task, either Monday or Tuesday (April 20 or 21). That’s after an official nod from the DOH.

The mayor assured that DOH protocols in handling the tests are being complied with.

“We are not rushing the protocols. We are not skipping the standards, especially those on biosafety and (bio)security.

“What we are speeding (up) is the schedule of trainings that can be done now. That is what we want to make clear.”

More from Teodoro: “We need to do testing. We need to do this to know who are infected so that we can immediately take care of them, because if we don’t, their health will immediately deteriorate. And if they are immunocompromised, the possibility of mortality is quite high.”

It can be recalled that the DOH thumbed down three weeks ago the first testing facility that Teodoro set up at the 6th floor of the City Health Office (CHO).

It was not to be, the health department wanted the facility in a building all its own with no other offices to prevent the virus being spread and transmitted.