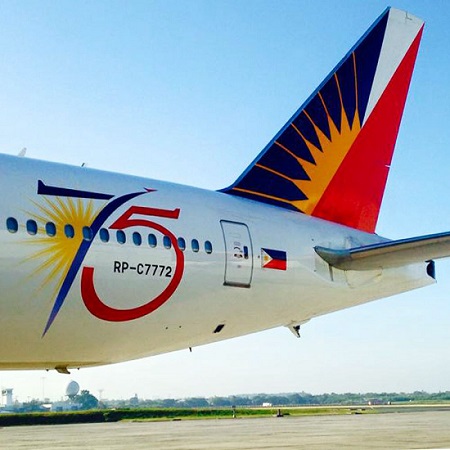 “Regular, commercial flights of the PAL Group remain suspended until May 15. Should the lockdown be lifted by end-day May 15, there will be a gradual and calibrated resumption of operations starting May 16.”

(SDN) — THE pandemic novel coronavirus has and continues to disrupt every facet of people’s lives. Business, economic, social, political, religious, academic, personal, and the daily routine.

Add the disruption of travel.

Travels are disrupted as countries ban or at least restrict travels, whether by land, through the sea, or on air. Governments around the world have put strict measures restricting travels to try to stop, or at least prevent, the spread and transmission of Covid-19, the disease caused by the novel coronavirus.

Lockdowns, quarantines, social distancing have become new norms in the time of the coronavirus.

Known as SARS-CoV-2 (Severe Acute Respiratory Syndrome CoronaVirus 2), it has taken the world on a whirlwind ride, inflicting millions of confirmed cases and tens of thousands of deaths.

With 890,524 known cases, the U.S. is still at the top of the grim list of coronavirus patients.

Since China first reported the then mystery disease that baffled Chinese medical practitioners, Covid-19 has not shown any let up in spreading. The World Health Organization (WHO) was initially hesitant in declaring a global pandemic. WHO received the report from China on December 31, 2019.

So, airline companies have grounded their jumbo jets and other planes, pilots are left on the ground, flightless, ensconced at home as they adhere to quarantining, or the stay-at-home order.

When those giant steel birds are grounded, probably gathering dust with many exposed to the elements if not parked in hangars and pilots do not fly, questions of airliners’ safety and pilots’ proficiency may arise.

They can do flight simulations, approximating the real thing. But it seems nothing beats the real cockpit for sure.

An article on CNN.com titled “What happens when pilots don’t get their flying hours?” written by Paul Sillers, says “pilots need to be up to speed” when the aviation industry in general gets back to the air.

Paul Sillers explained “recency” as “complying with regulations that stipulate a pilot must have successfully carried out three takeoffs and landings — one of which using the cockpit’s autoland facility — within the previous 90 days.”

There are other checks as well according to the CNN story, including takeoffs and landings during night time.

“A pilot’s proficiency is not affected by the so-called ‘hiatus’ from the normal flying activity because a program is in place to ensure such proficiency is maintained through recurrent training.”

Closer to home, the Philippines’ flag carrier, the Philippine Airlines (PAL), is making sure of its fleet’s flight trustworthiness and pilots’ flying proficiency. They are done through “regular checks” and “recurrent training”, respectively.

“A pilot’s proficiency is not affected by the so-called ‘hiatus’ from the normal flying activity because a program is in place to ensure such proficiency is maintained through recurrent training.

“Let me stress that PAL carries out special flights, sweeper flights, cargo flights. Our Flight Operations Department rotate our pilots for these flights,” she emphasizes.

One of these flights was PR 8592 on April 18 which flew home Filipinos stranded in Saigon and Hanoi in Vietnam.

The country’s flag carrier of the Lucio Tan Group of Companies has also flown its cargo planes to China to bring back personal protective equipment (PPEs) for health workers in the front line in the battle against Covid-19.

On the other hand, PAL ensures flight worthiness with the help of its maintenance service providers.

Her Facebook posts she shows PAL’s efforts to ensure its fleet is in tip-top shape once commercial flights are resumed.

Meanwhile, in her Twitter she reiterated that PAL Group’s regular commercial flights will remain suspended until May 15. She said this after President Rodrigo R. Duterte’s second extension of the Enhanced Community Quarantine (ECQ) in Luzon.

“Regular, commercial flights of the PAL Group remain suspended until May 15. Should the lockdown be lifted by end-day May 15, there will be a gradual and calibrated resumption of operations starting May 16,” Villaluna’s tweet says on April 24.

The ECQ was supposed to end on March 12, then the extended to April 30 the first time, after which the President again had it extended to May 15. (SDN)