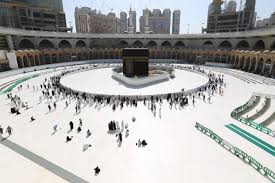 (SDN) — SAUDI ARABIA’S people will be able to perform Ramadan’s nightly Taraweeh prayers, after all.

At Islam’s holiest sites, that is.

He earlier closed all the mosques in the Kingdom for mass prayers, including the two houses of worship to prevent or stop the spread and transmission of the novel coronavirus now sweeping the world, including the Islamic country.

The Grand Mosque can accommodate around 1.8 million worshipers while the Prophet’s Mosque is capable of hundreds of thousands.

At the same time, Kingdom is also eyeing to ease curfew hours imposed on many cities as the holy month of Ramadan and fasting started April 24.

The planned easing of curfew is to allow people more time to shop for essentials needs within the boundaries of their neighborhoods, the state news agency SPA reported on Tuesday which the Gulf Today quoted.

Taraweeh, although optional, is a special prayers during Ramadan performed nightly for the month’s duration.

Around the world, says Johns Hopkins University (JHU), the number of confirmed coronavirus cases has ballooned to 2,710,264; fatalities at 190,896, and recovered patients numbering 743,419.

Feature image: Courtesy of and credit to the Middle East Eye. (EK Usman)