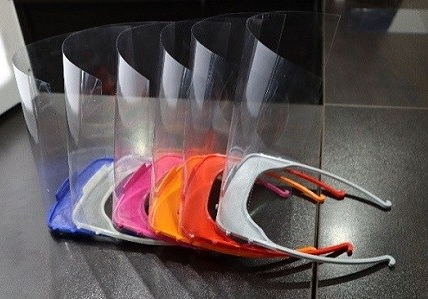 (SDN) — EARN while performing a duty for country and people.

No period is as crucial as the current situation with the novel coronavirus continuing to sweep the world, a world still incapable of halting the virus’ deathly march.

The duty is by becoming part of the national government’s campaign aimed at stopping the spread of Covid-19.

And if science and technology (S&T) is your cup of tea, that would help in getting in at the Department of Science and Technology (DOST).

Note that the DOST — inclusive of the Philippine vibrant science community, meaning researchers and scientists — is getting a lot of attention nowadays. A boon to the scientific mind and its endeavors like no other time.

As Science Secretary Fortunato T. de la Peña told SDN, DOST plans to invite “S&T experts and personnel to work on projects” related to the battle versus the virus that continues its spread in nearly 200 countries and regions. Since China first reported the disease on December 31, 2019, to the World Health Organization (WHO), it has infected 3,117,204 people and killed over 217,193 worldwide based on an April 29 figures of the Johns Hopkins University (JHU) of the United States.

An expectedly game and patient de la Peña, in an exchange of a series of more than 20 SMS with SDN, welcomed the national government’s acknowledgment of the role of science during the pandemic new coronavirus. An inspiration, he said.

“We are inspired that the national government is now realizing the important role of science and technology — in addressing pressing national problems, generating innovations to new needs/demands, in encouraging entrepreneurship and in having the capability to do international collaboration. In general it is a key factor for a nation’s development and competitiveness,” the Philippine science supremo says.

De la Peña made the tribute to the national government following President Rodrigo R. Duterte’s order to the DOST and the Food and Drug Administration (FDA) to go and hire more personnel.

The President said the two goverrnment agencies should extend their operations to 24 hours.

“If you want to give your services, volunteer, I have authorized this both…these two offices, FDA and DOST) to employ as much, as many that would be required to hasten and to enable agencies to work day and night,” Duterte says as quoted by Rappler.com.

The President emphasized the government was not operating under normal battle circumstances.

“Actually, priority yung (in) hiring ng (of) project personnel who will work on soon-to-start Covid-19 Projects (technical people). We will also activate more scholar volunteers who will help our regional offices in their Covid-19 services,” de la Peña reveals.

“We will get more S&T experts who can serve as consultants who can evaluate many proposals we receive, and who can also give advice on specific areas.”

The science chief said the projects in the pipeline include clinical trials, medical devices, and assistance to testing centers.

He said budget for the planned additional S&T experts and related personnel would be drawn from the DOST budget initially. “Pag ubos na hihingi kami ng dagdag.” (If our budget runs out, we will ask for additional funds.)

Of the projects, the one on the Virgin Coconut Oil (VCO) is now undergoing trials while on lagundi and tawa-tawa herbals are still being planned.