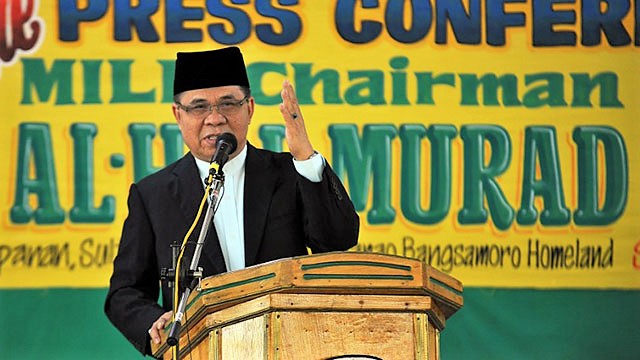 ALTRUISTIC, or just to prolong a political career?

Sulu Gov. Abdusakur “Totoh” Tan II is the author of the province’s petition which, if granted by the High Tribunal, will give the endangered Autonomous Region in Muslim Mindanao (ARMM) a new leash on life.

Tan II is a son of the province’s former governor, Hadji Abdusakur Tan, who once ran as regional governor of ARMM but did not make it.

One of the five provinces of the ARMM, Sulu has long wanted to separate from the autonomous region.

Meanwhile, the Commission on Elections (Comelec) had already scheduled for January 21, 2019 a plebiscite for the BOL’s ratification which, if “yes” votes would win will pave way for the ARMM’s abolition to be replaced by the envision Bangsamoro Autonomous Region in Muslim Mindanao (BARMM).

Cambridge Dictionary’s online version defines “altruistic” as “showing a wish to help or bring advantages to others, even if it results in disadvantage to yourself.”

Elsewhere on the world wide web, altruistic means charitable, generous, selfless, humanitarian, etc.; its opposite are selfish, greedy, egotistical, self-centered, among others.

​​”In his 48-page petition for certiorari and prohibition dated October 11, 2018, current Sulu Governor Abdusakur “Totoh” Tan II questioned the legality of the Republic Act 11054, also known as the Bangsamoro Organic Law. Governor Tan alleges that Congress, which ratified the BOL, has “absolutely no authority to abolish the Autonomous Region in Muslim Mindanao” and its abolishment can be done through the amendment of the 1987 Constitution. He, therefore, asks the Supreme Court to declare it unconstitutional and cease the conduct of the plebiscite scheduled on January 21, 2019.

​“We recognize that it is within the rights of Governor Tan to file this petition.However, it is also within our preview (or purview?) to challenge his motivation, hoping that altruistic reasons drove him rather than prolonging a political career. The BOL is more than a piece of legislation. It is a product of the 17 years of difficult peace negotiations and four years of arduous drafting and consultation process with a variety of stakeholders in the Bangsamoro as well as eminent constitutionalists and legal experts.

“The BOL hopes to fulfill the Bangsamoro’s right to self-determination, address the historical grievances of the Bangsamoro people and introduce necessary reforms to promote good governance and improve the delivery of services in a region gravely affected by decades-long conflict. The BOL, compared to RA 9054 and RA 6734, has provisions that will grant the Bangsamoro people, including the Sulu province, the opportunity to chart their political, economic and social future. Surely, the Sulu governor can see value in that?

“We can only hope that the honorable men and women of the high court would see that the BOL will help reinforce and strengthen the political and legal foundation of just and lasting peace in the region. Moreover, it was deliberated upon and approved by the Congress’ best legal minds who are also confident that the BOL can stand the test of constitutionality in the Supreme Court. In the meantime, the Moro Islamic Liberation Front will remain committed to the peace process and work with various stakeholders in Mindanao.”

Thus, the battle, so to speak, is drawn essentially between peace partners Philippine government-MILF and the province of Sulu. (EKU/MILF)