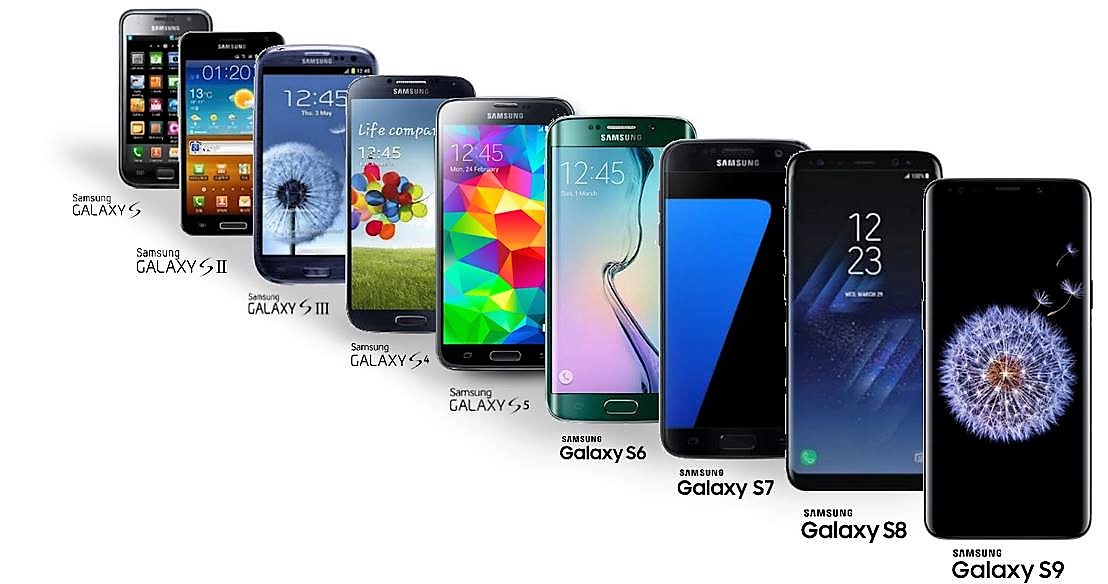 THE 2019 marks the 10 anniversary of the Samsung Galaxy series. Year after year, the innovative line has pushed the limits in mobile technology. Samsung has constantly raised the bar for display technology, smartphone photography, and overall user productivity.

By bringing the Galaxy to the world, the tech giant has positioned itself as a leader in the smartphone industry. Here are some of the milestones that have proven the iconic brand’s track record of breaking boundaries.

Seeing beyond color and infinity

2010 — Debuting alongside the Galaxy S, the Super AMOLED display set the standard of screen technology at the time, becoming the foundation of today’s world-class Galaxy screens. The display introduced users to vibrant image quality and visibility in any lighting condition. Super AMOLED expanded the mobile phone’s capabilities, elevating it from a simple communication tool to an engaging and portable entertainment device.

2014 — Defying convention, Samsung curved the screen for the first time with the Galaxy Note Edge. More than just an aesthetic development, the Edge Display allowed users to view notifications and updates discreetly without picking up their phone. In 2015, the Galaxy S6 Edge elevated this feature by introducing the Dual-Curve Display, providing a more immersive mobile viewing experience.

2017 – If the Dual-Curve Display was considered a feat in screen design, Samsung surpassed its own achievement with the Infinity Display. By dramatically minimizing the bezels, the tech giant was able to expand the screen size without enlarging the actual unit, allowing users to see more content at a glance. The Infinity Display debuted on the Galaxy S8 & S8+ and has since become a flagship standard.

Capturing more than what meets the eye

While camera phones were invented in the early 2000s, it wasn’t until the rise of smart devices that mobile photography took on more exciting forms. As smartphone photography became more popular, Samsung continued to refine its camera specs in the next Galaxy units.

2016 – Samsung further blurred the lines between professional and mobile photography with the Dual Pixel autofocus system. With wider aperture options, users could now produce crisp and gorgeous shots, even in low-light conditions. This opened more possibilities for effortless night photographs, such as breathtaking urban nightscapes, cool neon-lit portraits, and fun memories on an evening out with friends.

2017 – Samsung introduced its first Dual Camera on the Galaxy Note 8, incorporating both wide-angle & telephoto lenses. With a wider range of shooting modes, the Dual Camera enabled the everyday smartphone user to capture a variety of experiences in vivid quality, from Instagrammable travel snapshots to detailed zoom photos. The set-up also supported Live Focus, allowing users to highlight subjects that matter most by adding background blur.

2018 — The Galaxy S9 & S9+ reimagined what a camera can do by introducing Super Slow-mo, which records videos at 960 frames per second—four times slower than regular slow-mo. With this feature, the  Galaxy S9 & S9+ enabled users to witness beautiful and cinematic moments that may be otherwise missed by a normal camera or the human eye.

On top of cutting-edge innovation, Samsung made sure that the Galaxy smartphones provided an accessible and secure user interface. With the help of various applications, the brand’s flagship devices made day-to-day tasks easier.

2011 – Samsung introduced the first commercially successful line of “phablets” – the Galaxy Note Series. Its defining feature – the S Pen – allowed users to accomplish even more tasks on a smartphone, such as quick note-taking and digital scrapbooking. With the release of the Galaxy Note9 in 2018, the stylus has evolved into the Connected Bluetooth S Pen, enabling users  to take photos, browse through presentations, and activate apps with just a few clicks on the S Pen.

2012 — Before Bixby took over as the brand’s multi-tasking virtual assistant, S Voice introduced more engaging ways to interact with a smartphone. The feature helped Galaxy users run various voice commands such as telling the time, providing weather updates, adding an appointment, or updating social media accounts on-the-go. S Voice debuted in the Galaxy S II, seeing widespread use until it was replaced by the Galaxy S8 & S8+’s Bixby in 2017.

2017 – Rethinking further what a smartphone can do, Samsung DeX (Desktop Experience) brought a PC-like experience to the Galaxy series. Compatible with the Galaxy S8 & S8+ and above, the accessory enabled easy screen mirroring, dual display set-ups, and even using the phone as a mouse or keyboard, with just a simple cable and adapter. Samsung DeX expanded the possibilities for users such as graphic designers, corporate executives, and other professions that use multiple interfaces to carry out their tasks. (Samsung)